The Case For Impeaching George Bush 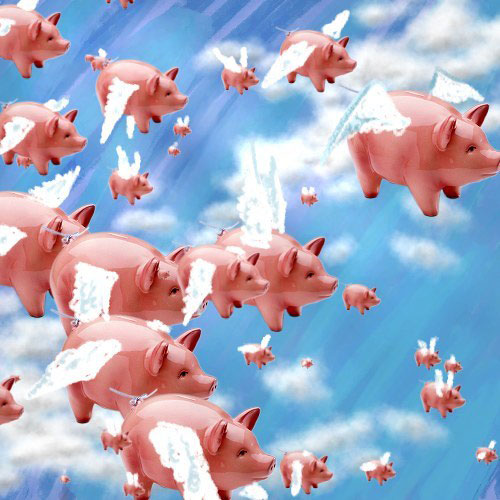 I said a while back that pigs would fly before President Bush is impeached. I still haven't changed my mind, but that hasn't kept some deep thinkers (we're not talking about the screaming meemies at Daily Kos here) from pondering the unponderable.

Former Rep. Elizabeth Holtzman knows a thing or two about impeaching presidents. She makes her case against Bush in a Nation commentary.

Like many others, I have been deeply troubled by Bush's breathtaking scorn for our international treaty obligations under the United Nations Charter and the Geneva Conventions. I have also been disturbed by the torture scandals and the violations of US criminal laws at the highest levels of our government they may entail, something I have written about in these pages . . . These concerns have been compounded by growing evidence that the President deliberately misled the country into the war in Iraq. But it wasn't until the most recent revelations that President Bush directed the wiretapping of hundreds, possibly thousands, of Americans, in violation of the Foreign Intelligence Surveillance Act (FISA)--and argued that, as Commander in Chief, he had the right in the interests of national security to override our country's laws--that I felt the same sinking feeling in my stomach as I did during Watergate.

The framers of our Constitution feared executive power run amok and provided the remedy of impeachment to protect against it. While impeachment is a last resort, and must never be lightly undertaken (a principle ignored during the proceedings against President Bill Clinton), neither can Congress shirk its responsibility to use that tool to safeguard our democracy. No President can be permitted to commit high crimes and misdemeanors with impunity.

But impeachment and removal from office will not happen unless the American people are convinced of its necessity after a full and fair inquiry into the facts and law is conducted. That inquiry must commence now.

Posted by Shaun Mullen at 3:44 PM
Email ThisBlogThis!Share to TwitterShare to FacebookShare to Pinterest