Musings On A Nightmare Scenario: The Likelihood Of Israeli Strikes Against Iran 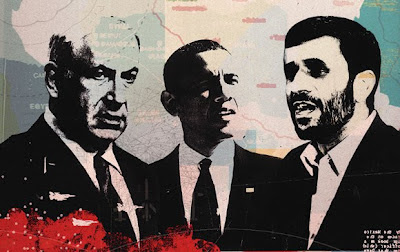 There is one scenario that I and others are not taking into account in predicting that President Obama will win -- and possibly win in a landslide -- in November: An Israeli air strike on Iranian nuclear facilities that would plunge the Middle East into war and rupture relations between Washington and Jerusalem.

Such a strike is a distinct possibility, according to an unimpeachable source: Defense Secretary Leon Panetta, who has acknowledged that he was the source for a column earlier this month by David Ignatius of The Washington Post, who reiterated this last Friday on MSNBC's "Morning Joe" show that a "timetable exists, and I know nothing that's changed."

That timetable, according to what Panetta told Ignatius, is April, May or June -- before Iran enters what Israelis describe as a "zone of immunity" to commence building a nuclear bomb.

"Let me just say, Leon Panetta is somebody who clearly thinks that it would be a mistake from Israel’s standpoint and from the standpoint of the security interests of the United States for this [attack] to go forward" Ignatius said this morning, "and he has said that very directly to Israelis. My column certainly expressed that, and I think he feels that’s his job. He’s got to tell people what he thinks."

Obama has navigated the minefields of international diplomacy with a deftness that escaped the Bush administration and has taken the lead calling for tougher international sanctions on Iran that have further crippled its ailing economy and squeezed its restive middle class. But all bets on an Obama win in November would be off because of the unpredictable ripple effects from an air strike -- which three of the four Republican presidential candidates have said they would support. These effects include terror attacks on the American homeland.

Sadly, the Israeli government is crazy enough to carry out airstrikes on the Islamic republic without U.S. support.

Never mind that Israel's own nuclear weapons program is an open secret. Iran does pose a threat to the Jewish state that the bellicose Netanyahu government believes sanctions alone will not mitigate.

There are perhaps two dozen suspected nuclear facilities in Iran, as well as warhead and missile plants. The 1000-megawatt nuclear plant Bushehr would likely be the target of strikes, and by some estimates which are disputed by some Iran experts, the spent fuel from this facility would be capable of producing 50 to 75 bombs. Also, the suspected nuclear facilities at Natanz and Arak will likely be targets of an air attack.

It would not be the first time that Israel has targeted countries that it believed threatened it.

On June 7, 1981, Israel launched Operation Opera, a surprise air strike on a nuclear reaction under construction about 10 miles southeast of Baghdad. Iraq had purchased the reaction from France and both countries asserted it would be used for peaceful purposes, but Israel viewed it with suspicion and asserted the air strike was an act of self defense. Ten Iraqi soldiers and a French civilian were killed. The reactor, which Israel said would become operational in about a month was destroyed. It probably was not a coincidence that the strike occurred three weeks before elections for the Knesset, the Israeli parliament.

Iran, with the cooperation of Israel had launched an air strike on the reactor at the outset of the Iran-Iraq War in 1980, while Iran allowed an Israeli Air Force F-15 involved in Operation Opera to enter its airspace and make an emergency landing.

On October 1, 1985, Israel launched an air strike on the Palestine Liberation Organization headquarters in Hammam al-Shatt, Tunisia, in all likelihood with U.S. cooperation. The headquarters was completely destroyed, although PLO head Yasser Arafat was not there at the time. Israel claimed that 60 PLO members were killed. According to other sources, 56 Palestinians and 15 Tunisians were killed and about 100 wounded.

Under a worst-case scenario, the air strikes against Iran would commence when Netanyahu ordered perhaps 100 Israeli F-15s and F-16s to fly east toward that country, possibly by violating Saudi Arabian or Iraqi air space or threading the boarder between Syria and Turkey. The region is thick with U.S. warplanes but in all likelihood the U.S. Central Command, on instructions from the White House, would not order them intercepted and shot down.

This is what would happen in the following days:

* Iran's centrifuges, warhead and missile plants would be destroyed or perhaps the nuclear program merely delayed.

* There would be lethal reprisals against Israel lthough Iran's air force is not particularly strong and its navy is puny.

* The price of oil would spike.

* Communities across the Jewish diaspora, including in the U.S., would be put in danger from Iranian-sponsored terror attacks like recent attacks in India and Thailand.

* Relations between Jerusalem and Washington would end, leaving Israel only marginally safer and without the support of its largest benefactor.

Illustration from The Atlantic

Anonymous said...
This comment has been removed by a blog administrator.
10:25 PM

This is really interesting, You are a very skilled blogger. I’ve joined your rss feed and look forward to seeking more of your excellent post