Mitt Romney's Most Awful Day Off 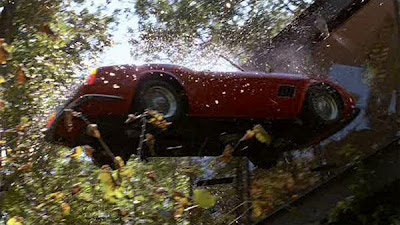 Consider this as an indicator of how awfully Mitt Romney performed in Tuesday's two primaries and caucus: In Minnesota, a state that he won handily in 2008, he failed to win a single county and got just 17 percent of the vote, a stunning 27 percentage points behind Rick Santorum, who made a clean sweep in Colorado and Missouri, as well.

Wait, it gets worse: Although the voting in Missouri was non-binding, Romney lost all 114 counties.

Wait, it gets even worse: Romney has now gone 1 for 4 in caucus states where turnout is dominated by highly conservative voters and is 0 for 3 in the Midwest, a region that he would have to win if he had a chance of knocking off President Obama.

Wait, it gets still even worse: Romney coasted to victory in Nevada on Saturday but stubbed his toe in Colorado, which has similar demographics and more wealthy voters if fewer Mormons, losing by five percentage points to the GOP Flavor of the Moment.

Romney's handlers began lowballing expectations a couple of days before the Tuesday voting, which is never a good sign when the candidate is supposed to be Mister Inevitable. This certainly did not encourage undecided voters to swing Romney's way, but I suspect they saw the Santorum boomlet coming before the punditocracy did.

My gut, which is somewhat larger than it was when I covered my first of now 10 presidential election campaigns, still tells me that Romney will go into the nominating convention with an insurmountable lead in delegates, but my head in advising caution.

The core of Romney's problem, which will only get worse if he wins the nomination, has been his ceaseless vacillation on two issues that matter a great deal to conservative Republicans: Cutting back if not eliminating popular entitlement programs and immigration.

The race has turned into a nightmare for Republican Party elders.

Having united behind Romney and hoping to focus attacks on Obama, Gingrich and now Santorum have stolen a march on him. Both candidates and Ron Paul, as well, are now attacking Romney when not attacking each other. Every time that Romney has to fend off attacks instead of going after the president, he can't act presidential, let alone do the essential work of uniting a splintered party that remains more interested in following its heart than its head.

Oh, and those jokes after each Republican debate, primary and caucus that the big winner was Obama no longer seem funny with the economy improving markedly, thus robbing Romney of his best talking point: That he has the expertise to return America to prosperity.

In a break with tradition, those part elders are going public with pleas for Romney to get with his A-game.

Trouble is, Mr. Inevitability has had five or so years to work on his A-game and has proven beyond a doubt that he is a second-rate candidate competing against a field of third-raters. He is a phony who vacillates between being so obsequious that Uriah Heep would endorse him to having the airs of a salesman who would really like to sell you a vacuum cleaner.

"There is not exactly Romney-mania right now," Senate GOP Whip Jon Kyl told Politico, adding that the former Massachusetts governor "absolutely" must shore up the weaknesses with the GOP base that were on such vivid display in Tuesday's voting.

"Playing it safe, which Romney tends to do, is not going to get it for him," said Senator Jim DeMint, a 2008 Romney supporter and a leading voice of his party’s conservative bloc, who called the results "a signal."

Romney is known as an even-keel candidate, but he is said to be dazed from the loses and his campaign has been thrown into disarray.

Meanwhile, the new Daily Kos national survey found that 58 percent of Democrats were "very excited" about voting this fall, compared to 54 percent of Republicans. Six months ago the figures were 48 percent for Democrats and 54 percent for Republicans although you generally you would expect voters to get more excited as the election gets nearer and trend that is not occurring on the Republican side.

In any event, Romney simply cannot afford another positively awful day off.