Romney's Gaffe About The Poor Masks Unpleasant Realities About America 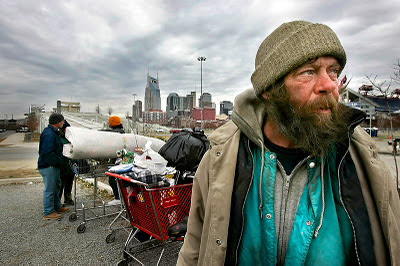 Speaking to CNN anchor Soledad O’Brien after his victory in the Florida Republican primary, Romney blurted out, "I’m not concerned about the very poor."

Taken in context, the remark wasn't quite what it seemed to be because the candidate, in another of his breathtaking flip-flops, said in the course of the interview that he was confident that the government safety net would take care of the poor and could be repaired if it doesn't, which was a sharp reversal from his previous position and one at odds with conservative Republicans who carp endlessly about how undeserving the poor are of any government help.

Predictably and correctly, the news media, Democrats and many Republicans are painting Romney as out of touch (he made a similar remark in October), but they miss a larger point: The real outrage is not that he doesn’t want to do more for the poor; it’s that he thinks they are well taken care of and worse yet, that the welfare state is working just fine, thank you.

The government's definition of poverty is based on total income received. For example, the poverty level for 2011 was set at $22,350 (total yearly income) for a family of four. Most Americans (58.5 percent) will spend at least one year below the poverty line at some point between ages 25 and 75.

There certainly are welfare queens and others among these many millions who are too lazy to work, as well as people who receive government aid and spend assistance money not on food but drugs and other vices. But the vast majority are poor not by choice, and the government safety net is full of holes despite a welter of programs, including Medicaid, LIHEAP, Food Stamps, unemployment payments and Temporary Assistance to Needy Families, all programs that many Republicans want to cut back or eliminate altogether.

On January 22, which is light years in the past considering Romney's serial vacillations, he asserted that safety-net programs have "massive overhead," and that because of the cost of a huge bureaucracy "very little of the money that's actually needed by those that really need help, those that can’t care for themselves, actually reaches them."

Romney's own tax plan probably would have a devastating impact on the safety net.

Anonymous said...
This comment has been removed by a blog administrator.
4:23 AM