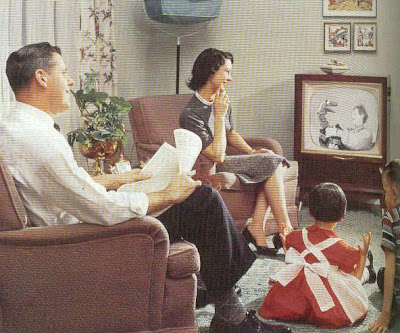 OH, FOR THE GOOD OLD DAYS
The rise of the Tea Party amidst the right-wing takeover of the Republican Party has merely exacerbated what some of us have known for many years: America is going to hell in a handbasket.

If you, like me, are of the librul persuasion, it is tempting to lay America's sundry and growing woes -- so vividly shown in the chart below this post -- at the feet of the Bush administration and the aforementioned ultra conservatives, let alone that Republicans have been in power 20 of the last 30 years. But this has been a group effort. Bipartisanship at its worst, if you will.

That our political leadership continues to pay lip service to America's greatness when it has slipped to near or the bottom among industrialized nations in categories such as income inequality, life expectancy, prison population and student performance betrays a deep denial across the political spectrum.

The issue of income inequality has to rank as the most serious because so many societal ills flow from it. Yet aside from academic wonks and a handful of economists, no one in Washington is acknowledging this elephant in the room, let alone beginning to address it in a meaningful way, while many Republicans are openly disdainful of the working poor and people whose toe hold on the middle class is slipping.

This crisis is exacerbated by the Tea Party-led mania for cutting government programs willy nilly. Proposed cuts to programs like Head Start and Pell grants for college students, as well as more sweeping cuts to education in general, fall disproportionately on the backs of the poor, which inevitably will make the poor poorer while making the rich . . . well, you know how that works.

Wait. It gets even worse when you consider that:

* The U.S. is now on par with countries like Uruguay and Cameroon.

* * * * *
Then there are efforts to bust unions in Wisconsin, New Jersey and Ohio, among other states with Republican governors.

Why unions? Because their rank-and-file are typically from the middle class and often got there because of their right to organize and bargain for decent wages, working conditions, and health and pension benefits.

The exploits of New Jersey Governor Chris Christie, the Republican darling of the moment despite his RINO credentials, are especially loathsome since it is his intention to balance the Garden State's out-of-whack budget on the backs of policemen, firefighters, teachers and state employees rather than do what was once the sensible alternative: Ask these unions members to give something back while increasing the tax burden for the state's large upper crust or hiking the gasoline tax, which at a ridiculously low 14.5 percent per gallon is the third lowest in the U.S. and hasn't been increased since 1988.

Then there are concerted efforts to abolish or outlaw anything to do with vaginas that involve federal funding, but that's a story for another day.
* * * * *
It is confounding that President Obama, whose agenda is substantially middle-class friendly, has not made income inequality a bigger issue.

No, the Democrats do not typically engage in class warfare as their Republican brethren so shamelessly do. And yes, Obama compromised with the GOP to allow the Bush tax cuts for the rich to roll over into his tax-cut bill.

But if Obama claims to be the leader of all the people, it is long past time that he began acting that way.