Why The American Dream Is Dead 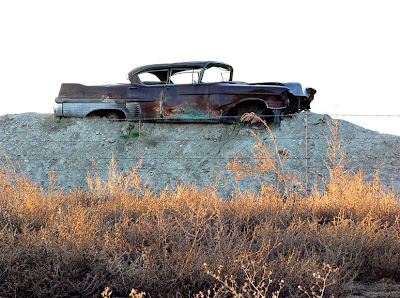 The American Dream is dead.

The country that I have bled red, white and blue for is abandoning its youth, its elderly and its poor. It is imprisoning millions of its citizens for the most trivial of offenses.

It is suffocating its middle class, turning its back on newcomers and giving corporations and fat-cat financiers obscene tax breaks.

It is ignorant of its own history, core values and virtues, and many of us, if shown a copy of the Bill of Rights, would believe it to be a subversive document.

It has an unbreakable addiction to foreign oil, values clean air and water only when they don't get in the way of profit making, and cares little that its infrastructure is crumbling one bridge at a time.

Thinking big has been replaced by thinking small, discourse by dumbing down and bickering, and bipartisanship by ideological extremism.

It has turned against people whose skin color is different and who worship non-Christian deities.

It cares little that our world standing has been undercut by reckless foreign adventures, government officials who are habitual liars, and the use of torture.

It has used the 9/11 attacks not to reaffirm our core values but to undermine them.

It has a Congress that is borderline dysfunctional, a president who promised hope and change but has pretty much delivered more of the same, and a Supreme Court that is a helpmate to the powerful and wealthy.
The American Dream has become a cliched concept, endlessly reworked by Hollywood and Madison Avenue. But it nevertheless was one of if not the greatest gift of our democracy, and all the more so because so many other peoples striving to be free and prosper have embraced it.

It is convenient to invent an imaginary past when every home had a white picket fence in the front, a vegetable garden in the back and a shiny sedan at the curb, but there was an American Dream and it survived two world wars, a nearly decade-long depression and the threat of nuclear annihilation.

Sadly -- and for me bitterly -- the American Dream is not merely on vacation because of a return to difficult economic times. It is dead. And while it is fashionable to blame feckless politicians and greed mongers for its demise, we all share responsibility as we take ever less responsible for our country, as well as ourselves.