Where Have The War Heroes Gone? 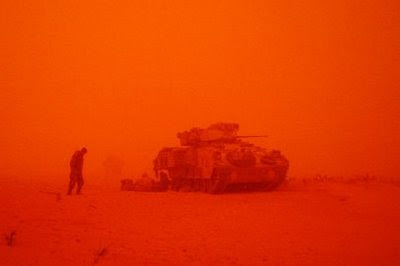 Well they say time loves a hero/but only time will tell/If he's real, he's a legend from heaven/If he ain't he was sent here from hell.
-- LITTLE FEAT
Has there ever been a sustained American war without heroes? World War I had Sergeant York, World War II had Audie Murphy, the Korean War had Bill Earlywine, and the Vietnam War had David Hackworth. But the wars in Iraq and Afghanistan have been hero-free, unless you consider the Bush administration's deceitful attempts to put Jessica Lynch and Pat Tillman on pedestals.

Lynch, an Army private who was a file clerk, was captured by Iraqi troops in the first days of the invasion despite what was depicted as her fierce resistance, and according to the White House was saved by a daring rescue led by Army Rangers and Navy Seals. In truth, she was never armed and her captors had fled.

Tillman, a pro football player who threw away a multi-million dollar contract to become an Army Ranger, was cited for heroic actions against the Taliban in Afghanistan that took his life. In truth, he was killed by friendly fire and may have been murdered, and a years-long Pentagon cover-up ensued.

* * * * *
The short answer as to why there have been no post-9/11 war heroes would seem to be that both the wars in Iraq and Afghanistan have been deeply unpopular, but it is not that simple.

As retired Army Lieutenant Colonel William Astore points out, it seems like only military commanders are portrayed in hero-like terms these days. General David Petraeus receives fawning media coverage because of his supposedly tide-turning Surge strategy in Iraq and his rescue of the U.S.'s Afghan mission after General Stanley McChrystal, another demi-god, was banished from the Pentagon temple.
I agree with Astore that the real answer lies in the increasingly amorphous nature of the War on Terror.

In both world wars and Korea, there were clearly defined enemies whose threat to democracy was unquestioned. That was the case in Vietnam until the war's underlying lies were revealed and public opinion turned against that war with a vengeance. Additionally, there were drafts for all three conflicts, whereas today's wars are being fought by all-volunteer forces, professional warriors don't evoke the outpouring of sympathy like the kid next door who went off to Verdun, Iwo Jima, Heartbreak Ridge or Khe San.

But the rationale for the Iraq war changed with the seasons, the Bush administration censored grizzly battlefield images, as well as footage of GIs returning in flag-draped coffins, and Americans in general were too preoccupied with shopping at the mall to pay much attention.

Afghanistan is even blurrier because the Bush administration starved that war of boots and resources in the service of going after Saddam Hussein, and while the war has been escalated on Obama's watch, media interest has flagged, and much of the action involves drone operators sitting at consoles in stateside bases and super-secret special forces who don't have reporters and camera crews in their midst.

* * * * *
The Congressional Medal of Honor is the U.S.'s highest military award. Given for extraordinary valor, 964 Medals of Honor were awarded for the four major 20th century wars, while a mere six have been awarded for Iraq and Afghanistan.

Primarily because U.S. forces have encountered very little close-up combat in either war, and certainly not the major firefights and sustained actions against organized enemy units as in 20th century wars.

Incidentally, the White House recently received a recommendation for a seventh recipient, a soldier who is being cited for bravery in Afghanistan. He would become the first living recipient since Vietnam.

The nature of this war is that of a science fiction army, opposed by peasants doing what they can.
There is no glory in driving over an i.e.d.