It's The System, Stupid: Why Barack Obama Can't Be Franklin Roosevelt

The flavor of the moment for political pundits is why Barack Obama is having such a hard time resurrecting an economy that is not creating nearly enough jobs, why so many people resent his efforts, why he's no Franklin Roosevelt, and if you're 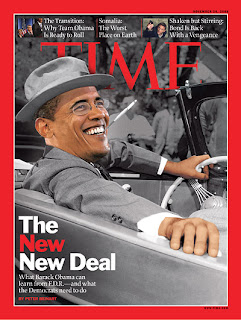 a denialist why it's all his fault and not Dubyas.

I too have been struggling with this struggle, the enormity of which cannot be underestimated, but it took an inspired post the other day by blogger Lance Mannion to . . . uh, coalesce my thinking.

"President Obama and the Democrats set out to save the system and succeeded.

"In fact they hate it.

"The system has made them miserable for going on thirty years."

The system that Lance refers to is, of course, controlled by bankers, stockbrokers and their super-rich clients who, boom times and bust times, continue to get richer while we mere mortals are left with scraps.

This is a system that operated with Swiss watch-like precision during the Bush years, 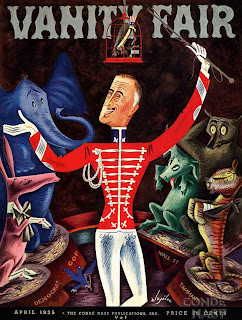 reaping record profits for Wall Street and visiting pain upon Main Street not seen since the Great Depression, although it should be noted that the fat cats' helpmates included many Democrats.

As the contours of the economy show:

* The poor are far more unemployed than the rich.

In fact, people with higher incomes are less likely to be unemployed despite the residual effects of the recession. Among the top 20 percent of households -- those making more than $100,000 -- the unemployment rate is only about 3.5 percent. In the poorest 10 percent of American households -- those making under $12,800 -- the unemployment rate is 30.8 percent.

* Many of the jobs that used to exist aren't coming back.

As in at least 25 percent of the 8.4 million jobs that 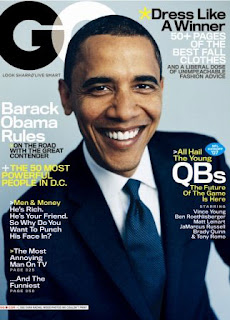 disappeared during the recession, according to some economists. In fact, with job creation expected to be about 133,000 new jobs per month at best over the next year -- and 100,000 new people entering the work force every month -- it will take more than 20 years at this rate to replace all the jobs that were lost.

* Corporations know exactly how much money they save when they get rid of workers.

Companies have laid off so many lower-paid workers that they are flush with cash, a staggering $1.18 trillion to be exact. Meanwhile, productivity rates have gone up, which means that corporate managers have become even more adept at busting the humps of their workers.

In other words, the system is working very well, thank you, and there is very little that Obama is able to do about it.