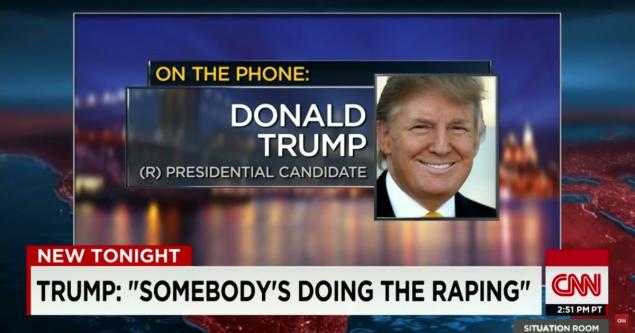 Donald Trump's new immigration plan is so extreme, so cruel and so unfair that you would think that other Republican presidential wannabes would be whacking it like a piñata filled with rattlesnakes.  Well, you'd be wrong, because the plan is proving to be a big hit with Trump's rivals, as well as the party's reliably nativist base, which is desperate "to take back their country."  Oh, and that sound you hear is the last nail going into the coffin of the Republican fantasy of taking back the White House in 2016.

The punitive nature of the deeply racist plan Trump introduced earlier this week is extraordinary.  It does not call for deporting unauthorized immigrants en masse, but instead is geared to make the lives of these 11 million or so people miserable, so miserable that they will "self deport," a strategy that Mitt Romney advocated in his train wreck of a 2012 presidential campaign that as built upon by Trump horrifyingly brings to mind the initial, comparatively benign phases of the Nazis' pogrom to rid Germany of Jews by making them so unwelcome that they would flee the Third Reich.

Under Trump's plan, the number of immigration enforcement officers would be tripled and they would be given greater authority to track down on and deport unauthorized immigrants. A 2,000-mile border wall would be built.  So-called "sanctuary cities" such as Chicago, Los Angeles, Miami and Phoenix where local law enforcement officials decline to cooperate in federal deportations would lose federal funding, immigrants who overstay their visas would face criminal prosecution, and in the cruelest stroke of all, birthright citizenship would be ended if not severely curtailed, for an estimated 4.5 million children.

Birthright citizenship is a crown jewel of our Constitution and a beacon of openness as symbolized by the Statue of Liberty.  A provision of the 14th Amendment dating from the Civil War, it grants citizenship to children who happen to be born to illegals in the U.S. or its territories.  Trump is vague about what will happen to the children made stateless by his plan, which is par for the course for someone who makes up his policy positions as he goes along.

How to pay for Trump's plan?  By punishing Mexico, the source of the by-now famous declaration by Trump about the hordes of brown ones who are taking away the jobs we don't want while selling crack cocaine to our sons and raping our daughters that jump-started his campaign back in June.  All remittance payments to Mexico from both legal and unauthorized immigrants would be seized, fees on temporary visas, border crossing cards, and NAFTA worker's visas would be increased, visas to refugees, asylum seekers and even highly-skilled workers would be limited, and tariffs raised on Mexican goods.  Oh, and Mexico would pay for the border wall, too.

With a new CNN poll showing that 44 percent of self-described Republicans and Republican-leaning independents agree with Trump, rivals Ted Cruz and Scott Walker have given his plan big man hugs, Bobby Jindal (himself a birthright citizen) praised the sanctuary city provision, Rick Santorum, Rand Paul and Ben Carson heart the anti-birthright provision, and even Chris Christie and John Kasich are going out of their way to not criticize it.

Meanwhile, Rick Perry and Mike Huckabee have been quietly toughening their own stands on immigration.  Even Jeb Bush, who is married to a Mexican, and Marco Rubio, who is a Cuban-American, have been muted in speaking out against the demagogue despite their past advocacy of an earned path to U.S. citizenship. Bush, in questioning Trump's conservative credentials in a speech yesterday in Iowa, alluded indirectly to Trump's plan, but circled around to Ted Cruz and in a backhanded reference defended his right to be a candidate for president although birthers have raised questions about whether he was eligible because he was born in Canada and his father was Cuban (although his mother was American).

But leave it to the reliably execrable Steve King to have the last word.

"They often say anytime you don't pander to Hispanics, you cost Republican votes," the Iowan congressman declared. "I think Trump gets stronger with this position that says enforce our immigration laws."

At the end of the day, Trump's plan has something for practically everyone: Nativists will have that tingly feeling between their lily white legs and Hitler apologists can crack a smile, the right-wing media can boast that the Republican Party is following its lead, realists who understand that the party cannot survive as a viable national entity by punishing the kin of Latino voters can say, "I told you so," and Democrats can smirk as the GOP's chances to win next year wash away like so much sagebrush in a floodwater-filled border arroyo.

THE TORTOISE AND THE BAD HAIR

With Donald the Trump so thoroughly dominating the news, it's easy to forget that there are . . . um, 16 other candidates in the race, mere mortals though they may be.  The post-Fox News presidential debate shakeout is the big story beyond the celebrity gadzillionaire's continuing dominance in the polls, and the big story within that story is that Jeb Bush is dead in the water.

Carly Fiorina has surged the most in the polls following the August 6 debate, with Marco Rubio, Ben Carson and Ted Cruz making gains, as well, while Jeb! has been losing ground, most notably in Iowa to All of the Above and in New Hampshire to John Kasich.  (Scott Walker ain't doing too hot in Iowa either and is trying to make up ground by out trumping Donald, but that's another story.)

The reason that Bush, the once presumptive nominee and money-raising champion, has struggled has been thoroughly discussed here and elsewhere.  While the Republican elite was behind him from the jump, support from the party's fractured base was lukewarm even without Trump.  Bush has virtually no endorsements, even from moderates, and as I've noted, I'll be damned if I know what his message is even as someone who is paying close attention.  He's anything but an outsider in this season of outsiders like Trump, Fiorina and Carson, then there is that problem with his last name.  And he just doesn't act like he wants to be president.

"I'm the tortoise in the race," Bush told a group of voters recently. "But I’m a joyful tortoise."  Which prompted Jay Leno to crack wise, It's "the race between the tortoise and the bad hair."

No, that was not George W. Bush you saw buying a Slurpee and nachos with melted cheese at the 7-Eleven out on the dual highway late the other night.  In fact, Dubya has all but disappeared.

Under "normal" circumstances, Bush would have taken his place along with other ex-presidents as a revered figurehead, especially with his brother running.  At the 2012 Republican Convention, he was relegated to a five-minute video that was greeted with tepid applause, and it's a cinch he won't even be given that paltry courtesy at the 2016 convention.  Nor will he be stumping for Jeb! or appearing in TV commercials.

I almost feel sorry for the guy as he sits at home painting or watching the boob tube, or whatever, secure in the knowledge that he was so disastrous a president -- even if the GOP's woes nearly eight years on can no longer be laid at his feet -- that he has gone down the Republican memory hole.

Posted by Shaun Mullen at 6:23 AM
Email ThisBlogThis!Share to TwitterShare to FacebookShare to Pinterest