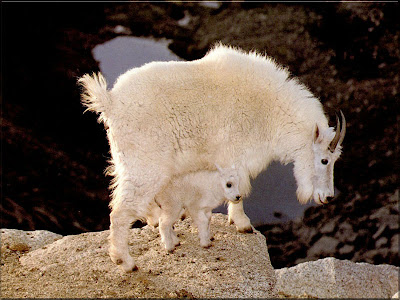 Nature magazine asked three Nobel Prize winners in the sciences what discovery would herald a scientific revolution in the 21st century. As you would imagine, their responses were deeply thought provoking.

"A scientific model of how mammalian genomes pack so much into so little space. Just think of the amount of information stored in a mere three billion base pairs, let alone all else these mere molecules must accomplish. Measured from a computer perspective, that's four bits of storage per pair -- or about one tenth as much as a high-end iPod Touch. How can so little 'memory' store the exquisite details of our entire bestiary? Consider, for example, that experiments have shown that a newly-born mountain goat is wary of heights from the instant that it opens its eyes for the first time."

"Room-temperature superconductivity could enable efficient sharing of electrical power around the world, changing the economic balance dramatically. It could also enable magnetic levitation for transportation, changing the entire structure of nations. Similarly, any other discovery or innovation that changes the availability of energy for food, transportation and shelter would have extraordinary impact."

And this more whimsical answer from Peter Agre, who shared the chemistry prize for discovery of a water channel protein in cell membranes:

"Discovery of the molecular explanation for happiness would be revolutionary. But this may not be just wishful thinking. Neuroscientists are making incredible breakthroughs in understanding the actions of serotonin. So who knows?"

Hat tip to Chet Raymo at Science Musings
Posted by Shaun Mullen at 12:00 AM
Email ThisBlogThis!Share to TwitterShare to FacebookShare to Pinterest