The Constitution Takes Another Beating 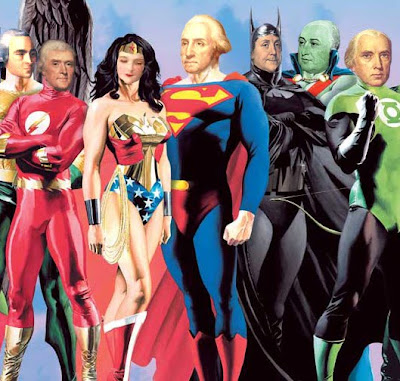 The train wreck known as Christine O'Donnell is taking a well-deserved thrashing for her abject ignorance about a document that she claims to revere: The U.S. Constitution. During a radio debate at a Delaware law school with Chris Coons, her Democratic senatorial opponent, she expressed shock that the Constitution delineated the separation of church and state.

"Where in the Constitution is separation of church and state?" O'Donnell asked Coons amid audible gasps and laughter from the crowd of law students and attorneys.

Coons replied that O’Donnell had just revealed her fundamental misunderstanding of what our Constitution is.

It is no surprise that O'Donnell, whose vapidity has gifted late-night talk show hosts with a steady supply of material, didn't understand so fundamental a concept, and later in the debate couldn't explain what the 14th and 15th amendments are about. She and the Tea Party posse have not so much been willfully ignorant about the Constitution as twisted it so suit their own right-wing pretzel logic.

But less noticed or commented on was that Coons also flunked the Constitutional test, failing to name all five freedoms protected by the 1st Amendment. (Speech, Press, Religion, Petition and being able to give obscene amounts of money anonymously to political campaigns . . . er, Assembly.)

This ignorance is not necessarily new.

My German Jewish grandfather arrived in the U.S. at the turn of the last century with 12 cents in his pocket and went on to become a prosperous dry goods merchant. His way of thanking his adopted country was to hand out copies of the Declaration of Independence and Constitution to high school civics classes, and he was saddened at how many students knew nothing about the core documents of our democracy.

The Constitution is, of course, a remarkable document. Yes, it does not explicitly acknowledge the rights of women, as well as avoids addressing slavery, which was the political third rail of the era. But beyond the original Bill of Rights it has been amended a mere 17 times in 227 years, including two amendments that redress slavery, and five of those 17 amendments are technical fixes.

This has not deterred tireless Republican culture warriors who spent much of the last decade unsuccessfully trying to pass amendments banning abortion, same-sex marriage and flag burning, establishing English as the "official" language, permitting prayer in public schools, and so on and so forth.

But now, in a reversal of field, some Republicans are trying to get rid of amendments that don't pass their political purity test.

Three amendments are currently in the crosshairs of the Iowa Republican Party -- the 14th (on birthright citizenship), the 16th (a progressive federal income tax), and the 17th (U.S. senators elected by the public).

Like the initiatives to pass new amendments, the efforts of right-wing Republicans generally and the Iowa GOP in particular to abolish amendments will go down in flames.

The biggest reason is that there are too many issues that transcend tinkering with the Constitution, besides which most of us have the good sense to know that if it ain't broken then there's no reason to fix it.

It's just that good sense does not apply to too many Republicans these days.

Perhaps the harshest indictment of that overweaning American ignorance is what people say when actually confronted with a copy of the Constitution.

Several years ago, a team of college students showed copies of the Constitution to shoppers at a major mall. An unhealthy majority declared that it must be some sort of radical manifesto. Several thought it the work of Communists.

As my grandfather would say, oy vey!