Earth To Pat Buchanan: Americans Never Stand Still For Anything & For Anybody 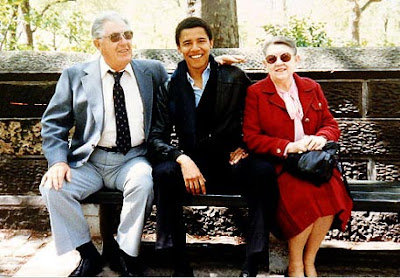 In a recent screed, paleoconservative Patrick Buchanan dumped the melting pot all over his wingtips with the stunningly racist observation that traditional (read white) Americans are losing their country.

Buchanan further reveals himself with every passing year to be a shameless fool, 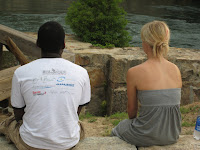 and I did not move myself to write about his screed, although it got me thinking about how positively black America is. I'm talking about white people, here too. Greater minds than mine also picked up on this notion:

Buchanan is invoking a genuine sense of loss of entitlement on the part of a substantial portion of white America. This isn't to defend or justify the white privilege that created this entitlement entailed, or to justify Pat Buchanan's nostalgia for it. Nevertheless, I think that Buchanan is pointing to something that's very real, or at least as real as any sociological fact. White America, as the construct exists in the mind of many Americans, is disappearing, even by some objective criteria; it's retreating deeper into exurban communities, and 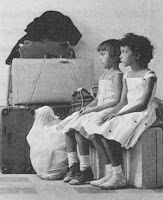 it's very, very slowly ceding political and financial power. Moreover, the idea of America is changing; Buchanan has a very definite vision of what America is, and is smart enough to understand that his vision is losing traction. In this context, it's hardly surprising that the response is a combination of rage and raw panic. That the ideological structure that supports White America is racist and has a disturbing narrative of American history is academically relevant, but it's also not the central point. Those who hold Buchanan's vision (and many do, although often not in terms as explicit as Pat is willing to put forth) really do find themselves under siege, and pointing out that these beliefs are both crazy and immoral has very limited effect.

Andrew Sullivan at The Daily Dish:

It struck me almost at once, if only in the music I heard all around me - and then in so many other linguistic, cultural, rhetorical, spiritual ways: white Americans do not

realize how black they are. Even their whiteness is partly scavenged from the fear of -- and attraction to -- its opposite. Even something as stereotypically white as American Catholicism, I discovered to my amazement, was also black from the very start. . . .

From the beginning, in its very marrow, this country was forged out of that racial and cultural interaction. It fought a brutalizing, bloody, defining civil war over that interaction. Any European student of Tocqueville swiftly opens his eyes at the three races that defined America in the classic text. Has Buchanan read Tocqueville? And that's why it seems so odd to me that the election of the son of a white mother and a black father is seen as somehow a threat to American identity for some, when, in fact, Obama is the final iteration of the American identity - the oldest one and the deepest

one. This newness is, in fact, ancient - or as ancient as America can be. The very names - Ann Dunham and Barack Obama. Is not their union in some ways a faint echo of the union that actually made this country what it is?

[W]e Americans have been deeply shaped by the black experience. I grew up in a Deep South town that was half black. It's bizarre to think about it now, but whites and blacks in my town were so very intimate, but utterly strange to each other. Whether you're white or black, if you've lived it, you understand it, even if you can't explain it, and if you haven't, you really shouldn't talk about it, because you don't get it. It's a Southern thing. But for a white Southern boy like me to spend six weeks in the Heart of Whiteness was to 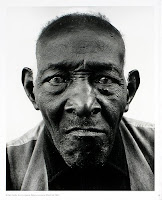 feel my own Americanness to the marrow for the first time .. . . and to surprise myself by recognizing that the main reason I was so different from these people who looked just like me was because I had been raised in a culture profoundly shaped by black Americans.

Black Americans have shed blood in every American war since the Revolution. This country, even the very Capitol building in which today's legislators now demand to see the birth certificate of the first black president, was built on the sweat and sinew of slaves. Before we were people in the eyes of the law, before we had the right to vote, before we had a black president, we were here, helping make this country as it is today. We are as American as it gets. And frankly, the time of people who think otherwise is passing. If that's the country Buchanan wants to hold onto, well, he's 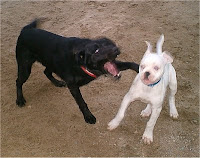 right, he is losing it.

Buchanan is not the first conservative to incorporate these concepts in their critique of the Obama administration. But Buchanan scores the trifecta of hyperbole by collating race, class, and fear of "The Other" in his lament.

And he proves himself once again to have the historical sense of a marmoset about America. What is America ever been about but change? I've said it many times, and it is born out by even a cursory understanding of the thrust of American history; this is a nation on the move, has been on the move, and will always be on the move as long as we are free.

We stand still for nothing, for nobody -- no institution, no philosophy, no group, industry, or movement. To be static in America means that you are already on your way out. We reinvent ourselves at the drop of a hat, 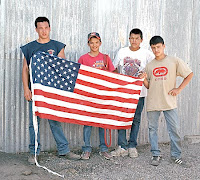 with impossible speed. What takes European democracies decades, we do in one or two election cycles. It is frightening. It is marvelous. It is the defining characteristic of this country and it is one of those things that makes us exceptional."

I have a definition of racist: a guy who pretends black people contributed nothing to the creation of our country. Simply "disappears" them from his fantasy history of America. And treats as “others” people whose ancestors were here for 200 plus years before Mr. Buchanan’s white ancestors showed up on the boat from Dublin.