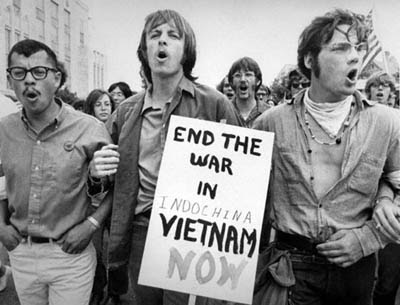 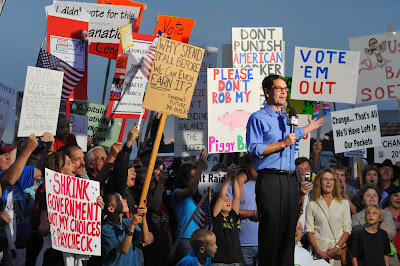 I have written early and often that the Tea Party will be a flash in the pan and its toxic brand of politics will never appeal to a larger constituency while at the same time dragging the Republican Party further into the electoral wilderness.

Several recent polls make my point: The Tea Party's negatives have more than doubled -- in one poll from 18 to 40 percent in 14 months. In another, voters were asked their opinion of 24 groups and the Tea Party polled worse than "Muslims" and "atheists," two oft-vilified groups.

As David E. Campbell and Robert D. Putnam, two academics who have closely studied voting trends note, the Tea Party's fall from grace is occurring during an era when the voters are becoming more conservative and share some of the Tea Party's views, most prominently smaller government. But when these academics peeled a few layers off of the Tea Party onion, they confirmed what some of us already knew: The Tea Party is not made up of nonpartisan political neophytes angered by tough economic times but are highly partisan Republicans who have an active loathing for government, blacks and immigrants, as well as denying women reproductive and other rights.

This in a nutshell describes the Republican base in 2011 and, as I also have written early and often, the primary reason why the GOP is likely to lose ground in Congress in 2012 as well as cede a second term to Barack Obama unless it nominates someone palatable to the mainstream voter.

A secondary reason is that while religion is an important part of many voters' lives, they are troubled by the mix of politics and religion espoused by Rick Perry and Michele Bachmann, who inject God -- that is their God, not yours or mine if we are not rock-ribbed Christianists -- into their policy pronouncements.

The last time a fringe group exerted substantial influence over a major political party was in 1972 when the anti-Vietnam War movement rallied beyond George McGovern over Hubert Humphrey, Henry M. Jackson and Edmund Muskie, all of whom could have beaten Richard Nixon.

I remember the 1972 campaign well and Election Night in particular. It was obvious early on that despite Nixon's unpopularity -- he had reneged on his promise to end the war and there were the first stirrings of the Watergate scandal that would abort his second term -- that he would win in a landslide. I woke up the next morning and despite having a world-class hangover immediately understood why McGovern had been thrashed. Like the Tea Party, his supporters refused to dial back on their stridency and cool their rhetoric even if the face of probable defeat.

And so 40 years later history is repeating itself.

According to a number of Republican leaders and even her own campaign workers, Troublemaker: Let's Do What It Takes to Make America Great Again is a tissue of fabrications and lies, two traits that were on display during O'Donnell's dizzying crash-and-burn campaign, which opened with a flourish when she upended long-time U.S. Representative Mike Castle and then got throttled by a Democratic mediocrity in the November 2010 election, turning a sure-fire Republican keep into a Democratic gain.

Then there is The Undefeated, a documentary on the life and times of the half-term Alaska governor that while not exactly a tissue of fabrications and lies is reminiscent of a Communist propaganda film for all that it leaves out. It was a flop at movie houses, taking in a measly $25,000 on its opening weekend in Los Angeles, and is headed for pay-for-view purgatory.