'You Probably Think I'm A Monster'

Following the penalty phase of the trial of Steven Green is alternately fascinating and grotesque. 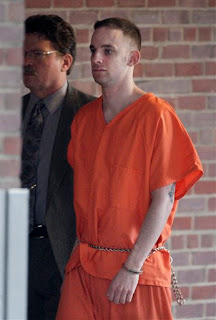 14-year-old Abeer Qassim al-Janabi and killed her family in a village south of Baghdad is fascinating while its rationale is grotesque.

That rationale is to spread the blame around to the point that the federal court jury in Paducah, Kentucky will take pity on Green and give him life in prison.

This is a legal concept called residual doubt. Having found Green guilty beyond a reasonable doubt ("You probably think I'm a monster," he told the FBI agents who arrested him), the defense is trying to inoculate the nine man and three woman jurors with enough doubt that they will agree he should not be sentenced to death. 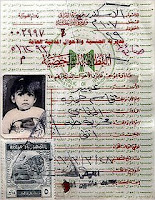 defense claims failed to see that Green was a ticking time bomb and a co-conspirator who has pleaded guilty to lesser charges whom the defense claims could have stopped Green from going to the Al-Janabi home in the village of Mahmoudiya on March 12, 2006.

Regrettably, that blame game does not extend nearly far enough.

If it did, also implicated would be an Army that encouraged Green to enlist although he had a criminal record, fast-tracked him through basic training and sent him off to where his readily obvious homicidal tendencies were merely acknowledged and dealt with by medication and "Atta boys" as he was repeatedly sent back into the hell hole that was Mahmoudiyah.

Also implicated would be former President Bush and former Defense Secretary Rumsfeld. Both knew there were not nearly enough troops, cavalierly changed the rules of engagement to suit their political whims and presided over only half-hearted efforts to win over a people for whom the U.S. occupation had become a nightmare.

The portrait of Green's unit painted in testimony this week from Lieutenant Colonel Karen Marrs, the nurse-practitioner called by the defense, was horrifying.

Marrs described Green's company as having the worst morale she'd ever seen. She said the entire 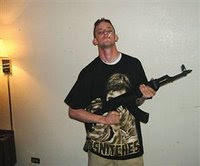 battalion was "red," meaning it was "mission incapable" because the troops were "hostile, vengeful and needed increased control and command," without which there was a greater likelihood of misconduct.

She said soldiers often were counseled that "having sad and angry feelings are common," and that "you aren't a monster for having these thoughts in monstrous conditions."

Green's fate as a war criminal is likely to be determined by week's end, while Bush and Rumsfeld . . . well, why bother to go there?