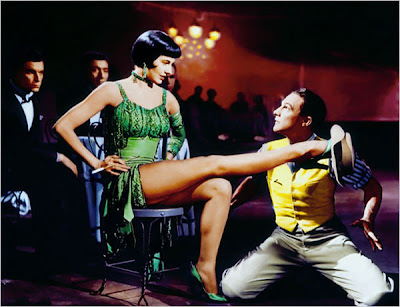 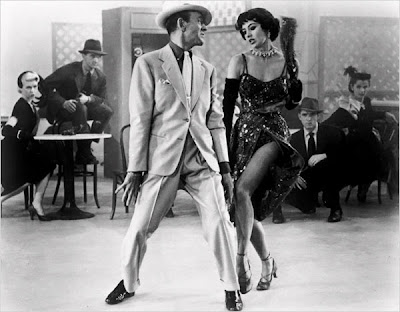 Let's get the physical stuff out of the way first: Cyd Charisse had the finest legs in Hollywood, was the greatest dancer – and unquestionably the most sensuous -- to ever grace the silver screen in a skirt and was every bit as good as the great Fred Astaire and the almost as great Gene Kelly.

Given those attributes, the fact that Charisse could hold her own as an actress put her in rarified territory, and if there was a downside to her career it was that she was relegated to more conventional rolls when the era of the great screen musicals ended in the 1950s.

Oh, and she was married to the same man for nearly 60 years, a notable length for Tinseltown.

Charisse was born Tula Ellice Finklea in , in 1922 by her own account (or 1921, according to others) to a homemaker mother and jeweler father. Her nickname was "Sid" for how a younger sibling tried to say “Sis," later changed by the ever inventive MGM publicity machine to "Cyd" to give her an air of mystery.

Sid/Cyd was a sickly girl who started dancing lessons at age 6 at the suggestion of her father to build up her strength after a bout with polio left her with a slight atrophy on her right side. During a family vacation in when she was 12, her parents enrolled her in ballet classes at a school in , where one of her teachers was Nico Charisse.

At 14 she auditioned for and studied ballet in with Adolph Bolm and Bronislava Nijinska, and subsequently danced in the Ballet Russe de Monte Carlo for Colonel W. de Basil under the stage names Celia Siderova and later Maria Istromena because everyone in the troupe was required to take a Russian-sounding name. It was while touring in that she again met Nico Charisse. They eloped in in 1939 and divorced in 1947.

The Ballet Russes broke up at the outbreak of World War II and Charisse, who was to keep her husband’s name, returned to , where David Lichine offered her a dancing role in Gregory Ratoff's Something to Shout About (1943). This brought her to the attention of choreographer Robert Alton, who had also discovered Gene Kelly, and soon signed with MGM, where she became the resident ballet dancer.

Charisse is, of course, principally celebrated for her on-screen pairings with Fred Astaire and Kelly.

Her lithe body, gorgeous looks and simmering sensuality -- as well as having extraordinary chops because of her Russian ballet training -- contrasted starkly with the usual Hollywood dancers, who film historian Larry Billman wrote were "typically cute and fluffy."

She first appeared with Astaire in a brief routine in Ziegfeld Follies (1946) and then in her first lead role in The Band Wagon (1953).

Astaire plays a fading song-and-dance man hoping to make a comeback on Broadway in The Band Wagon. He finds himself cast in a show opposite Charisse, who plays a snooty ballerina. The couple do not see eye-to-eye until they take a nighttime carriage ride through Central Park and wind up embracing to the strains of "Dancing in the Dark," which invariably sends chills up my spine whenever I see it. The movie also contains the equally famous "The Girl Hunt Ballet" in which Charisse plays a vamp to Astaire’s private-eye stage character.

In 1957, she rejoined Astaire in the film version of Silk Stockings, a musical remake of 1939's Ninotchka, with Charisse taking Greta Garbo's role.

It was Debbie Reynolds' lack of training as a dancer that led Kelly to choose Charisse to partner him in the celebrated "Broadway Melody" ballet finale (top photo) from the steamy Singin' in the Rain (1952). She also co-starred with him in Brigadoon (1954) and again took the lead female role alongside him in his penultimate MGM musical It's Always Fair Weather (1956).

In her autobiography, Charisse reflected on her experience:

"As one of the handful of girls who worked with both of those dance geniuses, I think I can give an honest comparison. In my opinion, Kelly is the more inventive choreographer of the two. Astaire, with Hermes Pan's help, creates fabulous numbers — for himself and his partner. But Kelly can create an entire number for somebody else . . . I think, however, that Astaire's coordination is better than Kelly's . . . his sense of rhythm is uncanny. Kelly, on the other hand, is the stronger of the two. When he lifts you, he lifts you! . . .

"To sum it up, I'd say they were the two greatest dancing personalities who were ever on screen. But it's like comparing apples and oranges. They're both delicious."

Looking back on her work with Kelly and Astaire during a 2002 interview, Charisse said that her husband always knew whom she had been dancing with: "If I was black and blue, it was Gene. And if it was Fred, I didn’t have a scratch."

For his part, Astaire called Charisse "beautiful dynamite." while New York Times dance critic Anna Kisselgoff wrote that she was "the only dancer who could make a pirouette look sexy."

MGM claimed that it had a $5 million insurance policy on her legs, earning her mention in the Guinness Book of World Records under "Most Valuable Legs," but Charisse later revealed that was another invention of the MGM publicity machine.

After the decline of the musical in the late 1950s, Charisse retired from dancing but continued to appear in film and TV productions through the 1990s. She made cameo appearances in Blue Mercedes's "I Want To Be Your Property" (1987) and Janet Jackson's "Alright" (1990) music videos, and made an exercise video for senior citizens.

Charisse was married to Tony Martin, a singer and nightclub entertainer with whom she danced in nightclubs and on television, from 1948 until her death. The marriage lasted almost 60 years, a notable length among marriages, matched in 2008 amongst living American actors by only Eli Wallach and Anne Jackson, who also married in 1948.

She had two sons, Nico "Nicky" Charisse from her first marriage, and Tony Martin, Jr. from her second.

Charisse was admitted to after suffering an apparent heart attack. She died three years ago today at age 86.

Photos from (top) MGM via Photofest and The Associated Press

Now there's a shout-out you're not going to hear on "So You Think You Can Dance".

Did you know that he also danced on-screen in several movies, including one with Astaire?