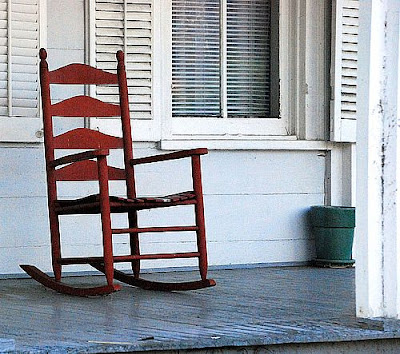 It is beyond dispute that Wall Street hijinks were the primary cause of the Bush Recession, the greatest economic downturn since the Great Depression, and that the stock and other financial markets are justly viewed with great suspicion by many Americans.

This explains why the 2005 Bush administration initiative to privatize Social Security through savings accounts controlled by Wall Street died a quick death, and there is no doubt that had the initiative been enacted the consequences would have been devastating for people whose retirement funds were in the hands of stock market manipulators and banksters.

Not content to try to kill Medicare and Medicaid, Republicans are now going where voters warned them not to go: A "voluntary" privatized version of the 2005 program called the Savings Account For Every American Act.

(Where do they get these names?)

The legislation, introduced last Friday by Representative Pete Sessions of Texas, the chief Social Security Chicken Little, would allow wage earners to immediately opt out of Social Security in favor of a private "S.A.F.E." account.

"Our nation's Social Security Trust Fund is depleting at an alarming rate, and failure to implement immediate reforms endangers the ability of Americans to plan for their retirement with the options and certainty they deserve," Sessions said of the plan. "To simply maintain the status quo would weaken American competitiveness by adding more unsustainable debt and insolvent entitlements to our economy when we can least afford it."

The devil, of course, is in the details, in this instance provisions that would divert all wages that would go into Social Security after 15 years as well as eventually let employers send their matching contribution to workers' Social Security to a "S.A.F.E." account, as well.

Whether the Social Security Trust Fund is being drawn down at the "alarming rate," as Sessions puts it, is open to debate, and at the heart of the problem, whatever its extent, is demographics.

The government finds itself in a fix. It needs to repay the money Baby Boomers like myself loaned it so we can cover our own retirements. Trouble is, much of that money was used to cover Bush era tax cuts for the rich while fighting the wrong war in the wrong place at the wrong time and a right war drained of funds, boots and materiel to fight the wrong war.

And Republicans, of course, would drink hemlock tea en masse rather than abolish tax cuts for the rich.

There are two certainties about the new program:

* It eventually will bankrupt Social Security, which of course is the intention.

* Republicans refuse to learn from their mistakes.