This Just In: John F. Kennedy Is Still Alive (But In My Dreams, Not In Yours) 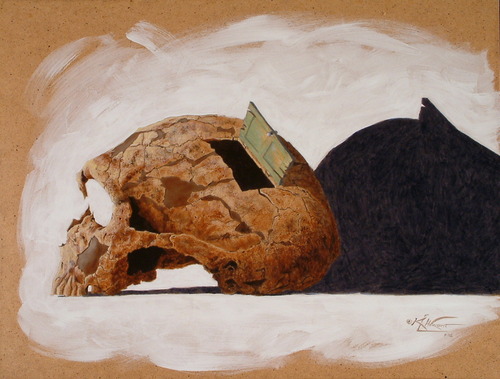 people are in places different than where I have known them, while the places are conglomerations of, say, a big old farmhouse where I once lived, a rustic high street bookshop in England and a coastal fishing village in Japan. These nocturnal journeys usually have soundtracks, sometimes music that I recently listened to with no apparent connection to the dream and seems to have been selected by some mad deejay. My dear departed parents make cameo appearances in some of my dreams, less so my siblings and children, and only rarely the woman who has to put up with me as I toss and turn my way through these somnambulations, which I am able to interrupt to have a drink of water from a bedside glass or a shuffle off to the 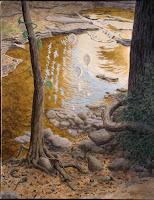 loo for a piddle, and then continue. Oh, and I always dream in color.

Having gotten those preliminaries out of the way, I am happy to report that John F. Kennedy is still alive. Or at least he was in a dream of several parts and epic length I had that was more unusual than usual for several reasons, including it being partially in the third person; that is, unlike my usual modus, I could occasionally see myself as opposed to being inside myself looking out onto the dreamscape.

This dream opened on a balcony above an old and rather ornate Olympic-sized indoor swimming pool, possibly at the New York Athletic Club on Central Park South where I played water polo as a young man before living in that farmhouse and 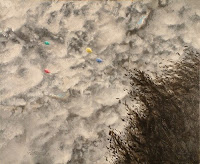 visiting that bookstore and fishing village. The occasion had the feel of a graduation or some other ceremony just ended. Everyone in the knot of a dozen or so people was dressed formally as would seem to befit such an occasion, and the center of attention was Mr. Kennedy, who by my reckoning is now a ripe 98 years old. He was shaking hands, back slapping and handing out really big Cuban cigars. I had several friends with me, but who they were was not revealed. There also were pair of elderly and diminutive identical twin butlers in evening coats and white gloves hovering nearby. 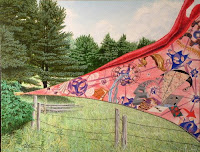 who do the lighting and cinematography for my dreams. The results are fabulous -- a texturally rich but slightly gauzy look reminiscent of a Baz Luhrmann movie.)

If you're wondering what Mr. Kennedy would look like as a nonegenarian, the answer is an even puffier version of his late brother Teddy, but with the same steely yet warm gaze and incredible greenish-gray eyes that met my baby blues when we shook hands on an airport tarmac a few weeks before the 1960 presidential election. (He was 44, I was 13.)

The dream Mr. Kennedy took my hand, his as firm as it had been at the airport, and introduced me to several of his companions with effusive

praise. Unfortunately, that part of the dream was interrupted by a water break, so I suppose I'll never know about what or why I was so great.

(If you, like me, think there may be a connection between spicy food and vivid dreaming, I would like to again pause to let you know that my pre-dream evening meal consisted of a bowl of pasta with a homemade clam sauce generously imbued with chili and poblano peppers. Ta-da!)

The over-the-pool formalities concluded and a big Cuban cigar tucked into a pocket of my waistcoat, we were escorted out a door by the bookend butlers onto an ivied university-like campus. Things get a little hazy here (it's a dream, okay?) but a door was opened to an outsized English estate car, possibly a custom Bentley shooting brake, with wood side paneling and a cavernous back deck. I was beckoned inside. 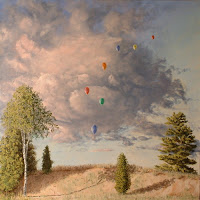 "Off we go!" announced the butler driver as he hit the starter and the estate car charged out onto a wide boulevard under a full moon no doubt arranged by my dream lighting guy. Kaboom! We were suddenly riding very fast through New England farm country and the occasional picture-postcard town. At some point after a piddle break and brief announcement to my then stirring bed mate that I was having the most 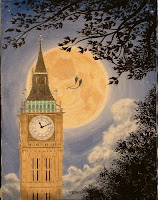 amazing dream, it shifted into its final phase as the other butler declared "Here we go," or words to that effect. The estate car burst through a covered bridge, hurtled down a lane bordered by fieldstone fences and slowly lifted off, gaining altitude as I awoke.

Now here's where things get really interesting: The soundtrack to my dream was not something that I had recently heard, but rather something that I had wanted to hear and had left next to the stereo with that intention. Holy cripes! The very same music -- Santana's "Eternal Caravan Of Reincarnation/Waves Within" from the Caravanserai album -- came on the radio station that I was listening to as I wrote this the morning after. A marvelous piece of music but with no apparent connection to the dream. Natch.

If that wasn't a hoot, dig this: I decided to write out a draft of my dream as a text 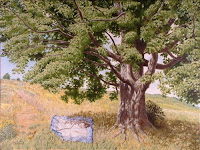 document before cutting and pasting it into this blog post. I have a blank document hanging around on the computer for such exercises and typically wipe this template clean after using it, but failed to do so last time. And so when I double-clicked on the template it came up with the text still intact from the last time. It was a quote from John-freaking-Kennedy that I had used after Barack Obama's victory in November 2008. It goes like this:


"As we express our gratitude, we must never forget that the highest appreciation is not to utter words, but to live by them."

What does all of this mean? I really don't have a clue, but your thoughts are welcome.

Did you know you can shorten your urls with LinkShrink and get money from every click on your shortened urls.