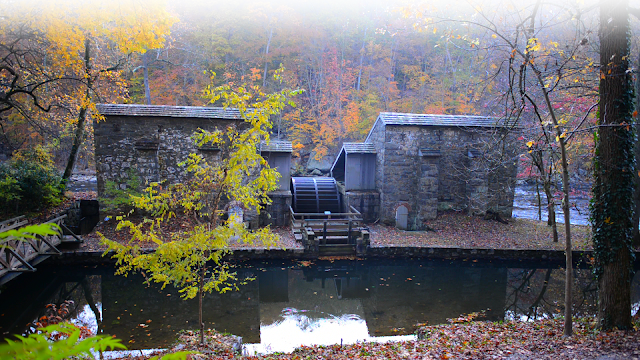 My reaction to the news that two of America's oldest if not most venerable companies — Du Pont and Dow Chemical — were merging was kind of bittersweet, but mostly . . . not much of a reaction at all considering that our father gave over 40 years of his too-short life to the company that once boasted of making Better Things For Better Living Through Chemistry.

Formally known as E.I. du Pont de Nemours and Company, or Uncle Dupy, as we called it, Du Pont was an outsized presence in the Wilmington, Delaware area where my siblings and me grew up in the 1950s and 60s.  Its buildings dominated the skyline, its name and those of various Du Pont forebears with funny French names were on highways, schools, country clubs, a hotel and theater.  Few of us actually knew Du Ponts, who lived on immense estates in the rolling hills of Chateau Country north of Wilmington.  Visiting the company's original gunpowder mills on the banks on the lovely Brandywine was like a pilgrimage to Lourdes. 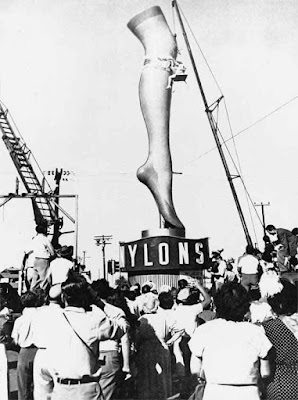 Du Pont's influence was mostly for good.  It treated my father well, although his chances of advancement to loftier positions for which he was eminently capable and well deserved always were encumbered because he didn't have a PhD -- which was the coin of the Du Pont realm -- let alone a college degree.  Being from a dirt poor family in the 1940s did that to you.

But Du Pont cared for our family and for our mother after our father passed, and kept us in No. 2 pencils and notepads while we were in school, as well as a steady stream of beta stage products like tooth and hairbrushes and tires for our Chevy Parkwood station wagon that never wore out.  And because we had a safety engineer dad, we were the first family in the neighborhood to have seat belts in our cars.

There was a darker side, as well. Du Pont had gotten to where it was as the dominant global manufacturer of gunpowder and other explosives, selling to foes of America as well as friends.  It was an often negative behind-the-scenes influence in Delaware and national politics.  And a nefarious polluter.  It is no
coincidence that cancer rates in Delaware have been off the charts, while most of the headlines it made in recent years were the 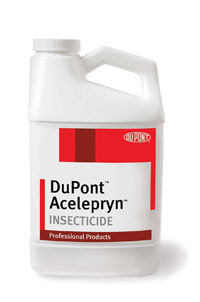 result of multi-billion dollar legal settlements for environmental crimes to which it never fessed up.

And don’t get me started on Dow Chemical, which probably shortened the lives of three of my Vietnam veteran buddies because of its Agent Orange, among other industrial outrages of its profits-over-people business model.

Du Pont lost its way many years ago, perhaps beginning with but certainly after the retirement of the last family member as president in 1967.

The company owns an extraordinary 21,000 patents worldwide, but its brilliantly successful decades-long strategy of pouring much of its profits from wonder products like Freon, Teflon, Kevlar, Lycra, Nomex and, of course, good old nylon into basic research that would yield new generations of wonder products was slowly abandoned in a series of short sighted and greed driven business decisions that resulted in tens of thousands of layoffs, plant and lab closures.  Another 5,000 jobs will be shed prior to the merger.

Mere mortals who don't have MBAs should be forgiven for having trouble keeping up with the jujitsu-like contortions that Du Pont has put itself through in recent years in the service of fending off financial market vultures while trying to grow profits and market share, neither of which have happened to an appreciable extent.  But even in that context the creation of a new company to be called DowDuPont -- a consequence of what my sister astutely calls Corporate Alzheimer's -- is a real doozy because the entire purpose of the merger is to further break up the companies.  It's the new normal, Irénée.

My bittersweet-cum-meh reaction to the merger is an accumulation of knowledge accrued over many years as a journalist, historian and realist that while corporations can do much good, and Du Pont did much good for my father, my family and my community, they have a dark side.  At best, Du Pont was a benevolent beast but a pretty pungent example of supply-side capitalist economics, that wealth trickles down from the rich to everyone else, so the rich should be rewarded before anyone else.

Today, I'm sure, Du Pont remains a beast, just a leaner and meaner one that no longer dominates the Wilmington skyline.  Banks taking advantage of Delaware's usurious credit card interest rates do.

Posted by Shaun Mullen at 10:56 AM
Email ThisBlogThis!Share to TwitterShare to FacebookShare to Pinterest

As a closely-held company, Du Pont funded the political pecadillos of the Du Pont family, which were often in the neighborhood of those we associate with the names Adelson and Koch, if not Lindbergh

I, too, am a 'survivor' of a Wilmington DuPont household, and my dad was, I imagine, similarly stymied by his lack of a college sheepskin, as he regularly warned that I would need one. He became a middle manager of a sales accounting team in Textile Fibers, which kept us in Dacron shirts and such, but the company's safety ethos also brought that awareness into the household as well. Still, when my newspaper career made me cognizant of the environmental toxicity of Freon, I recall my dad citing DuPont "safety bulletins" that sought to dismiss such research with assurances that the naysayers were commiting bad science. When the company finally admitted its culpability by halting the production of the refrigerant, that corporate lie caused my dad a palpable loss of faith, almost as significant to his psychic crisis when he heard the details and, more potent to him, the profanity and cold-bloodedness of the Nixon tapes. I did encounter a few of the du Pont clan: As a tender youth, I used to jump the high cement wall around Willie's estate next to Mt. Pleasant High to smoke cigs and down an illegal beer or two on grounds that Willie's will eventually bequeathed as a state park. His kid was also a camper at a Y summer camp where I was a counselor. As a reporter, I met and covered Pete (Pierre IV, there's one of those funny French names!) both while he was Delaware governor and when he ran briefly for president, and even got an invite to a Christmas shindig at his toned-down (by family standards) but still very comfortably opulent home, where I spent much of the evening in his expansive library. And you, Shaun, will, of course, recall the nights we spent frolicking in full-moon wonderment on the grounds of the original Du Pont powder mill at Hagley, an estate with Roman columns and carefully groomed gardens. I think I may have also gotten one of my earliest tastes of sex on yet another grand du Pont estate, among the hidden trees and byways of Longwood Gardens.

End of an era not error

Well, well, I can relate to most of what Shaun writes here, being of a certain age and having grown up in Delaware in a "DuPont family" (but not, for sure, THE duPont family.

I haven't been at all close to the "Company" since the mid-90's but it was clear at least from the mid-80s that DuPont was evaporating. Was this inevitable? I don't think so, in the sense that the German and Japanese chemical biggies have done very well for themselves while DuPont's been evaporating. Ultimately, I blame it on a bad management culture--a culture of inward focus and self-serving incompetence. And, of course, the stupidity, irresponsibility, and immorality of DuPont's environmental policies.

Still, very mixed feelings. What does it mean for Delaware? It could be argued that DuPont provided a certain core direction to the state which was objectionable in some ways but crucial in others. I need to think some more about that....

Anybody remember the Stooge when Irenee DuPont was running it?

The trail of anguish of those no longer employed by DuPont is long and ugly and about to get longer and uglier.