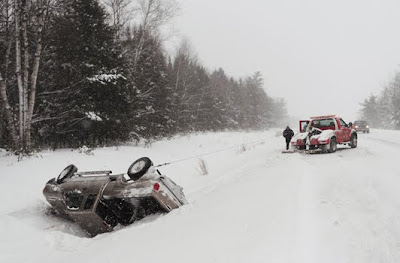 With apologies to Abraham Lincoln, that is the harsh reality facing the Republican Party as it looks into an abyss called 2012.

Having learned none of the lessons from its loses in 2006 and 2008 elections and having misread the victories of 2010 as a mandate, the GOP is not only no closer to recapturing the Senate and White House than it was a year ago, it is considerably further way.

That is no mean feat, and the reasons are easy to decipher.

Party leaders, desperate for short-term votes as opposed to developing and executing a strategy for long-term growth, handed the keys to the party pickup truck first to Christianists who were determined to continue fighting culture wars that had little appeal to mainstream voters, and then to Tea Partiers determined to impose an ideological purity on Republican candidates that resulted in driving away many of the party's moderates.

When the smoke clears in the next few days from the high-stakes deficit reduction imbroglio, which will be less a victory for President Obama than a rout for Republicans, the wheels will have come completely off the pickup truck, leaving the passengers to have to hitchhike into town. That town, of course, is somewhere south of the Mason-Dixon Line since the party has worked assiduously to shed black and Hispanic support and for all intents and purposes has shrunken into a regional entity.

* * * * *
For Republicans, 2010 was the year of big promises and 2011 was going to be a year when those promises would be fulfilled.
But a funny thing happened on the way to the Promises Land: The party leadership recognized that smaller government is something that most voters could gladly support, but accomplishing that on the backs of have-nots, seniors and the infirm while cosseting the super rich and Wall Street fat cats was something that horrifies most of those voters.

And so you had the sight yesterday of House Speaker John Boehner warning the rank and file at a closed-door meeting to "get your ass in line" in trying to beat back an open revolt from the Tea Party wing of the party caucus, while born-again maverick John McCain took to the floor of the Senate to mock the Tea Party wing for thinking that Obama and Democrats will get the blame for a default if Republicans refuse the raise the debt ceiling.

By that flawed logic, "Democrats would have no choice but to pass a balanced budget amendment and reform entitlements and the Tea Party Hobbits could return to Middle Earth," he said, quoting a Wall Street Journal editorial.

"This is the kind of crack political thinking that turned Sharron Angle and Christine O’Donnell into G.O.P. nominees," he jeered.

Indeed.
When, you might ask, are Republicans finally going to get it? "It" being that substituting governance with polarization is a sure loser and will remain so.

I for one am not holding my breath.