Pray Tell: What In The Name Of God Is Going On With American Politics? 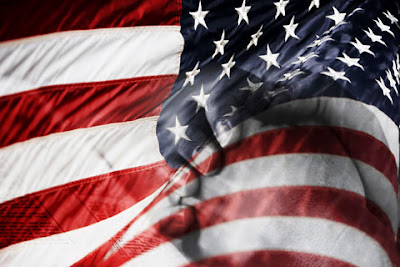 Politicians have been invoking the name of God since forever, but in an era when a substantial portion of the Republican base is hard-core Christianist -- true believers who openly disparage Islam and other faiths -- the practice has become particularly tiresome. And troublesome when you consider the shocking number of homegrown incidents in which Christianists have backed up their beliefs with deadly firearm attacks.

This is not to say that John Boehner or Michele Bachmann, to name two especially egregious name droppers when it comes to the Almighty, are about to lock and load. But there is a connection between faith-based violence and some of the religious flapdoodle that spills from the mouths of Republicans in torrents these days. And I'll be damned if I can think of a single incident in which an adherent of a more egalitarian faith shot up a church or an abortion clinic because God told him to do so.

Don't get me wrong. I've given up on the separation between church and state as a practical matter. Besides which, religion informs our view of human life for many of us and there is no reason why it shouldn't seep into politics.

I don't take issue with politicians falling back on their religion when it has context. But much if not most of such talk is as shallow as the politics are conservative, and invoking the Almighty's name when the subject is the federal debt ceiling is beyond tiresome.

Then there is the role of religion in subjugating the rights of women. Here again Republican politicians, or a goodly number of them anyway, justify workplace discrimination and deny women access to reproductive care because that's how they read their Bible.

There is a widely held view that all that is great about America is grounded in God. It is not. Not by a long shot, nor is that what the Founding Fathers believed.

When Thomas Jefferson spoke of "inalienable rights," he was not affirming God but denying King George. Jefferson, in fact, was a deist who rejected the claim of the divinity of Jesus although he kept a Bible close at hand. It was not an oversight that the word "God" does not appear in the U.S. Constitution. And when Abraham Lincoln minted the words "In God We Trust," it was for the consumption of others; he himself was determinedly irreligious.

It has been 50 years since Americans elected the first Roman Catholic president, yet religion looms large for Mitt Romney's campaign.

There is an old saying that Americans are suspicious of any religion other than their own, and Romney has the handicap of being a Mormon, a widely misunderstood denomination outside of the American spiritual mainstream that some religions consider to be a cult despite, perhaps ironically, it's deep commitment to family values.

While nearly half of Republican voters have identified themselves as evangelicals in recent primary exit polls and they make up a highly influential part of the GOP base, a mere 20 percent have indicated support for Romney, who at this point would seem to be the only candidate with even a slim chance of beating President Obama.

It should be understood that evangelicals don't necessarily not support Romney because of his faith. He is a notorious flip-flopper and will have to do more than assemble a crack campaign team and raise buckets of money, both of which he has done, to survive the Republican primaries.

But it nevertheless is a shame -- and shaming -- that while the Constitution stipulates that there be no religious test for public office and it is my belief that a candidate's private beliefs should be off-limits, Romney will be dogged by his beliefs every day from here on out by Republicans -- officeholders and rank-and-file alike -- who believe there is only one God. Their own.