Politix Update: Why Republicans Have Become Incapable Of Governing 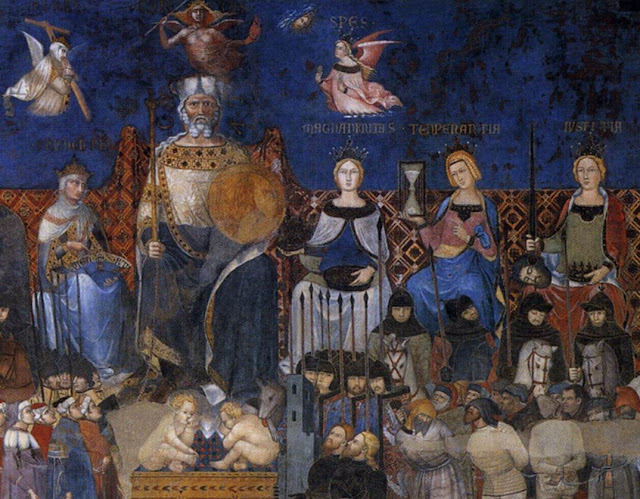 ​Has the Republican Party become incapable of governing?  Or so opposed to anything Barack Obama says or does that oiling the wheels of government is merely an afterthought?  Or perhaps beholden to a restive base that so loathes Washington that it equates governance with a sexually-transmitted disease?  The answer is some of each, and the result has been the accretion of layers of partisan gridlock for the last six years, along with the occasional government shutdown, with the prospect of more of the same in an era when political purity for the GOP has become paramount, while accepting the responsibilities that governing in a fractious democracy entail is no longer an obligation.

We'll put aside the party's abrogations in bringing affordable health care to as many Americans as possible and addressing the crises in America's aging infrastructure and middle class, to name just three areas that cry out for bipartisan consensus, and focus on the nuclear deal with Iraq.

The deal agreed to on July 14 requires Iran to convert and reduce its nuclear facilities in return for the lifting of all nuclear-related economic sanctions.  It is the product of several years of U.S.-led efforts to impose increasingly tougher economic sanctions on Iran that eventually, because of the Islamic Republic's own restive middle class, forced it to the table where U.S.-led negotiations led to the pact.  Although I still can't tell you what the Obama Doctrine is, I do know that these diplomatic moves contrast sharply with a Bush Administration policy substantially based on bellicosity that had resulted in an escalating war of words and brinksmanship between Washington and Tehran.  (The administration's Speak Softly modus is paying dividends elsewhere, including Cuba and Latin America, while Obama has not hesitated to use the stick such as in taking out Libyan strongman Muammar el-Qaddafi).

Israeli Prime Minister Benjamin Netanyahu's demand that any final deal with its arch foe include Iranian recognition of Israel's right to exist was not included in the pact, and the Jewish state's opposition has been used as a cudgel by Republicans and many U.S. Jewish interests while threatening to widen a breach between Washington and Tel Aviv that has grown, long story short, because Netanyahu is a thug.

As the opposition party, Republicans have an obligation to raise objections to the deal, and a few Democrats, notably Senator Charles Schumer, have objected, as well.  All of the Republican presidential candidates oppose the deal.  Presumptive Democratic nominee Hillary Clinton supports the deal, and as secretary of state was involved in much of the diplomatic maneuvering with Iran before being succeeded by John Kerry.

So much for the background.  The foreground is this:  A treaty is basically a formal agreement between two countries and the Constitution states that the Senate must approve (not ratify) any treaty the president wants to sign by a two-thirds majority vote. But the Iran agreement is not a treaty.  It's a deal, a pact, an executive agreement, a duck or whatever you want to call it, and doesn't require a Senate vote, a sleight of hand established by President Roosevelt in the 1930s and happily used by several Republican presidents since.

By law, a president is only required to notify Congress that he is going to do a duck . . . er, deal.  But in one of many efforts Barack Obama has made in the service of bipartisanship, or at least shut up the bastards for a while, he reached an agreement with Republican congressional leaders under which both Senate and House can vote to void the Iran deal.  But Obama can veto a "nay" vote and Republicans would need to get more Democrat votes that realistically exist to override the veto.  Although the Inside the Beltway punditocracy is treating the countdown to the eventual vote as a matter of high suspense, it isn't.  Obama will win.  (UPDATE: And win he did on September 2 in securing the last Democratic vote needed to veto-proof the deal.

(Presidential vetoes are very rarely overridden.  There have been 2,566 vetoes in the last 170 years, but a mere 110 have been overridden. Veto overrides on foreign affairs are even rarer, the 1973 override of Richard Nixon on his War Powers Resolution veto being a conspicuous exception.  George W. Bush was overridden twice on domestic spending legislation; Obama has yet to be overridden, and given the fractious state of the GOP, probably won't ever be.)

Irony of ironies, good old partisan gridlock is the most likely route to Obama cinching the Iran deal, which also enables the Republicans to whine "we told you so" if Netanyahu goes postal or the consequences of the deal in the months to come don't meet administration expectations.

The rules of the game are abundantly clear, but this has not prevented Republicans from again abrogating their responsibilities as partners in governance and go on a bender that, in the case of the Iran deal, has been breathtakingly hypocritical.

Before the deal was even signed, Republican Senator Tom Cotton wrote a letter to Iran's leaders signed by 46 Republican colleagues urging them not to negotiate with Obama, in effect siding with a foreign leader (Netanyahu) against their own commander in chief, which was an extraordinary breach of protocol.  Cotton also has helpfully compared Kerry to Pontius Pilate, while Republican presidential wannabe Mike Huckabee has accused Obama of marching Israelis "to the door of the oven."  And isn't it nice that Joe Lieberman has come out of retirement to rattle his rusty saber and remind us what a boorish, two-faced twerp he is?

The GOP's drama queens have conveniently forgotten that negotiating with adversaries in the service of a more stable world has long been a necessity.  It's called statecraft.

Nixon normalized relations with China. Ronald Reagan signed a landmark missile agreement with the Soviet Union.  Reagan negotiated with Iran after the Islamic Revolution, reaching an agreement to sell it arms to use in its war with Iraq and using the proceeds to arm Nicaragua's contra rebels in defiance of Congress. George W. Bush negotiated a 2008 agreement with Iraq on American troop withdrawals that Jeb Bush and other Republican presidential wannabes with short memories have conveniently dumped in the laps of Obama and Clinton.

The Republican aversion to governing is writ large in a new paper titled "They Don't Give a Damn About Governing: Conservative Media's Influence on the Republican Party," by New York Times national correspondent Jackie Calmes.

"Conservative media, having helped push the party so far to the antigovernment, anticompromise ideological right, attacks Republican leaders for taking the smallest step toward the moderate middle," she writes in the paper published at the conclusion of her tenure as a Joan Shorenstein Fellow at Harvard's Kennedy School of Government.

What makes this so much so, Calmes found, is the utter reliance on the Fox News echo chamber, as well as lesser but no less values-validating and controversy-based conservative online sites like Drudge Report, Breitbart, and the TheBlaze.

"They can just dismiss . . . any fact that doesn't comport with their bias, because they can find some source of information, somewhere, that will agree with them," Calmes said. "The danger on the far right is that they are just talking to each other, and people just need to get more sources of information and to be open to the idea that the other side might be right once in a while."

The right, of course, fervently believes that if the Republican Party would just nominate their kind of conservative, the White House would fall into their laps.  There is not a shred of evidence to back up that claim, although the mainstream media certainly does its own share of agenda setting as noted in "Secret Of The Political-Media Industrial Complex Revealed," a recent Politix Update offering.

"I frankly come at this as a concerned citizen," Calmes said in rejecting the inevitable claims that she's a liberal stooge. "We need two healthy parties in this country, and right now the Republican Party, despite evidence like midterm elections where they had big wins, the Republican Party will tell you themselves they are not a healthy party. . . . There needs to be willingness to compromise, and that's how this government works."

Red meat, snake oil and preying on voters' ignorance do not constitute a foreign policy.

And while foreign policy isn't likely to crowd out bread-and-butter issues in the 2016 election, the kind of hypocrisy that characterizes the Republican approach to the Iran deal is running rampant in the field of GOP wannabes. Republicans claim that they could force a "better" deal, the details of which are of course shrouded in the mists emanating from the GOP echo chamber.

About as specific any of the wannabes are willing to get on all things foreign policy while throttling President Obama and Hillary Clinton is Jeb Bush wanting to refight the Iraq war -- both on the stump and on the battlefield.

The hoary old Democrats Are Weak meme is difficult to sustain when Republican candidates refuse to get specific on what they would do in any number of hotspots or conjure up prescriptions that are not discernibly different from what the U.S. already is doing.  This is especially so when you examine the Democratic record: Bill Clinton dealing decisively with Bosnia and Yugoslavia in defense of Kosovo Obama in Iraq, Afghanistan and Syria, as well as taking out those Al Gaddafi and Bin Laden fellas and most of the Al Qaeda leadership cadre.

IMAGE: "THE ALLEGORY OF GOOD GOVERNMENT' (1338-39) BY AMBROGIO LORENZETTI
Posted by Shaun Mullen at 12:02 AM
Email ThisBlogThis!Share to TwitterShare to FacebookShare to Pinterest