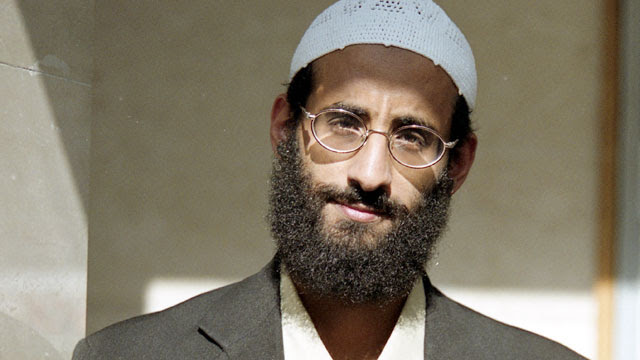 There was a familiar odor emanating from the Justice Department memo finally made public this week that sought to justify killing the American citizen and radical Muslim cleric, Anwar al-Awlaki, in a 2011 drone strike in Yemen: It was legal gobbledegook clearly designed to reach a desired conclusion, and the last time we saw antics on this scale was in the infamous Bush Justice Department memos justifying the use of torture despite it being clearly unconstitutional and a violation of the Geneva Conventions.

It took a while to me to conclude that the drone strike was justified.  Make no mistake about it, Awlaki was a terrorist. It can be argued that he was an American citizen in name only, but it is undeniable that he not only was the inspiration, but the strategic and tactical commander for terrorist operations that caused the death of U.S. citizens. He was in direct communication with Nadal Hasan, who killed 13 soldiers at Fort Hood. He personally recruited and trained Farouk Abdulmutallab, who attempted to explode a bomb in his underwear aboard a flight with 290 passengers. When Senator Rand Paul claims Awlaki was "not directly involved in combat," he draws a distinction that seems out of touch with reality.

What is so troubling about the Obama administration memo is that, despite the need to carefully articulate the legal grounds on which to slay American citizens on foreign soil, it seemed hal-assed and was released only after an extensive legal fight led by The New York Times and American Civil Liberties Union.

As the Times notes in an editorial, "the memo turns out to be a slapdash pastiche of legal theories — some based on obscure interpretations of British and Israeli law — that was clearly tailored to the desired result. Perhaps the administration held out so long to avoid exposing the thin foundation on which it based such a momentous decision."

The primary theory outlined in the Justice Department's Office of Legal Counsel memo justifying the U.S. killing one of its own, if they pose a threat, is the "public authorities justification."

This is a legal concept that permits governments to take actions in emergency situations that would otherwise break the law. As the editorial notes, that's why fire trucks can break the speed limit and police officers can fire at a threatening gunman. But the justification opens the door wide to myriad government misdeeds, especially since Congress has never authorized an exception for killings like Awlaki's, while the concept of due rights that Americans typically are granted in criminal proceedings are given short shrift.

Besides which, drone strikes have killed innocent bystanders, which certainly are not comparable to the police shootings that the memo cites as precedent.

We still do not know how the U.S. knew that Awlaki was planning the "imminent" mayhem that the memo claims because that information was  redacted from the memo.  All it says is that Awlaki had joined Al Qaeda and was planning attacks on Americans, but the government did not know when or where these attacks would occur.

How ironic that President Obama has been repeatedly accused of being weak on fighting terrorism by the Republican national security choir, but has been far more successful in five-plus years than the bombastic and serially reckless Bush administration was in eight years.

The aggressive Obama administration pushback has included stepped up drone attacks and commando raids in Afghanistan and Pakistan and in the mountainous Wild West border region they share, the assassination by Navy SEAL team of Osama bin Laden, and the assassination by drone of Awlaki on September 30, 2011 in Yemen.

The justifications in the Awlaki memo are not the leaps of logic in the reverse-engineered opinions written by John Yoo for the Bush Justice Department's Office of Legal Counsel to provide legal backfill and ass covering for torture regime policies already well in place.

Those leaps of logic included Yoo's disingenuous commingling of World War II prisoners of war with post-9/11 enemy combatants, as well as the assertion of Michael Mukasey, who was easily the most dangerous of the three Bush administration attorneys general, that Yoo and his brethren cannot commit crimes when they act under the orders of the president and the president cannot commit crimes when he acts under the advice of his lawyers.

But that is small comfort.  No president should be able to pick and choose when to uphold and defend the Constitution, let alone Obama, who was once a constitutional scholar.  His legal eagles need to craft a redo on the Awlaki memo.  The alternative is to acknowledge that despite the fact Awlaki was a very bad man, a strong legal case wasn't made to take him out.

And Obama needs to go to Congress for its blessing to authorize the killing of Americans overseas when they are viewed as threats to the homeland.  Yes, getting Congress to do anything is nearly impossible these days, but history will be less kind to the president for weak legal justifications and not giving Congress an opportunity to exercise its constitutional prerogative.

It is rather striking that the law Obama opposed and spoke against so stridently that authorized Bush's open-ended use of force has now so expansively embraced a variety of extrajudicial overreaches in his own term. And once again the Justice Dept. lawyers are called upon to mask it all with convoluted legalistic legerdemain.

I should note, of course, that in your recitation on the 'public authority' exception, you blithely suggest that cops don't sometimes take out innocent bystanders while exercising the same right to execute escaping, 'presumed' felons. Actually, they do -- but the police review boards subsequently almost uniformly (pun intended) rule it a justifiable accident -- sort of collateral damage.

But your larger point is surely well-taken -- that Obama's pendulum swing from seeking some middle-ground accommodation from Congress to now just out-and-out disregarding the legislative branch entirely in his march to post some points on his tenure's scoreboard has more than once left legal and constitutional niceties in the lurch. For a constitutional law prof, you'd think he'd know better, and he surely does but doesn't much care now.

You'd think, with Obama's proud stance for the broadest reach of executive power, that Dick Cheney would be smartly saluting these masterstrokes, but noooooo.