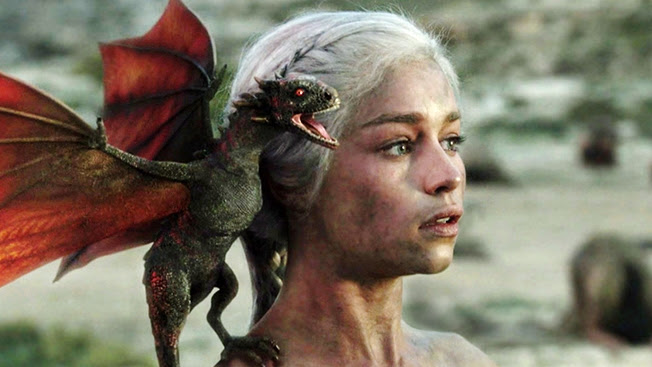 When the British diplomat Sir Mark Sykes sat down with François George-Picot, his French counterpart, on May 16, 1916 in London for the last in a six-month series of tea-and-negotiation meetings, it was the pilot episode of a sort of a real-life Game of Thrones.

The diplomats had been negotiating on how to divvy up the spoils of the Ottoman Empire.  The conclusion of World War I was still two and a half years away, but the end of Turkish hegemony in the region was a foregone conclusion and the superpower governments in London and Paris, which were kind of like the Westeros and Essos of the time, wanted to leave as little as possible to chance in fulfilling their imperialist desiderata, least of all to make good on vague promises made to the Arabs -- and the legendary Lawrence of Arabia, the leading advocate of the Arab cause -- for their own homeland as a reward for their assistance in crushing the Turks in the arid western expanses of their empire.

Subsequent episodes of this real-life Game of Thrones, minus scantily clad maidens and a dwarf named Tyrion, but with plenty of civil wars and bloodshed to go around, have been playing out for nearly 100 years beginning with the secret Sykes-Picot Agreement, which set the artificial boundaries of colonial Iraq, Syria and Lebanon (and eventually the state of Israel) and provoked never ending cycles of ethnic strife, poverty, disenfranchisement, religious extremism and, of course, terrorism.  Which brings us to the current episode -- the disintegration of Iraq -- where all that is on offer.

What will the next episode bring?

* Business as usual for Iraqi Prime Minister Nouri al-Maliki no matter how intense the domestic and international pressures on him are.  Much, although by no means all, of the world of hurts that Iraqis find themselves in stem from Al-Maliki using his office, with the acquiescence of the Bush administration, to install fellow Shiites in all the key posts while driving out Sunni politicians and generals.  That is not going to change.

* Because that is not going to change, the Obama administration's response to the disintegration of Iraq will take that into account.  Neocon dogs of war like Paul Wolfowitz, who misunderstand everyone and mismanage everything, drove the U.S. into the democracy-at-point-of-gun invasion in the first place (check out reruns of 2003 season episodes) and can bark about going back into Iraq until they go hoarse.  Shame on them.  And praise Barack Obama for his coolness under fire.

* Iran, which exerts major leverage in the region, will play a crucial role.  The feelers that the Great Satan have put out to the Iranian government, which include behind-the-scenes talks in Vienna regarding how these strange bedfellows might work together to try to defuse the crisis, are hugely important regardless of the natterings of those dogs, whose policies empowered Iran in the first place, as well as their Republican helpmates on Capitol Hill.

* Accentuating the positive.  The rapprochement between rival Kurdish factions, which has resulted in democratic elections and a flourishing economy, has brought an unprecedented stability to northernmost Iraq.  Kurds and the Arab and Turkmen ethnic minorities in the region like paved roads, decent schools and hospitals, having electricity 24 hours a day, and not being blown up by suicide bombers.  They do not like Al-Maliki or his central government.  Tough.

* Understanding that Iraq is not Syria and Syria is not Iraq.  While they share a border and Islamic State in Iraq and Syria jihadists are the major players in the civil war in Syria and the current upheaval in Iraq, as well as feeding Shiite-Sunni tensions throughout the region, a one-solution-fits-both-states outcome is not in the cards.  Nor will either country be unified in the foreseeable future.

* The offensive by hair-on-fire ISIS insurgents that precipitated the crisis central to the current episode is unsustainable.   Maintaining the Sykes-Picot borders are in the best short-term diplomatic interests of the U.S., but if three states with notional borders divided by ethnicity and faith -- Shiite, Sunni and Kurdish -- do emerge, future episodes might just reveal that they are more stable.  And that Joe Biden, who as a senator argued that sectarian states were preferable to recurring chaos, was right.

* The recriminations about who "lost" Iraq will rage on.  Well, Sykes and Picot lost Iraq, while the Bush-Cheney-Rumsfeld troika lost it even more.  Oh, and it was Bush who negotiated the agreement that would have left a residual U.S. force.  Obama just happened to have become president when Al-Maliki rejected the agreement because the U.S. wouldn't abide with a provision stripping U.S. troops of legal immunity from Iraqi prosecution, something that even John "A Hundred Years of War" McCain would not abide.
Stay tuned.

Don't forget Bush/Cheney/Halliburton's continual demand for the Iraqi government to pass an "oil law" that would turn over most of the development of Iraq's petroleum resources to Western transnats.
The Iraqi regarded this demand as armed robbery by the US, and rightly so.

I was happy to see you mention that Joe Biden's been right all along, notwithstanding the brickbats that greeted his remarks at the time about a tri-partite division. And it's clear from the White House session with congressional leaders that Mr. Obama is feeling no compunction to jump headlong into this mess -- even if Boehner, McCain, et al. keep trying to pillory him for not being precipitous enough.. .

Fact is, this will almost surely fester into another proxy war for the Saudis v. the Iranians, just as Syria has become. And then -- if you read the NYT's account in Thursday's edition about the collaboration between ISIS and Saddam's old Baathist general & troops (which the Saudis are likely to be underwriting) -- just as Iran's Revolutionary Guard and Quds Force are jumping into the fray supposedly to protect the Shiite shrines south of Baghdad -- well, this has all the makings of some royal fireworks.

It's surely hard to see which dog we have in this race.

The US is allegedly still allied with the Saudis, but that tie has definitely unwound since the Bushies left the game (as well as Jim Baker and his Carlyle Group). Meanwhile -- though the neocons and most of the congressional GOP can't stand to countenance it -- Tehran seems to be coming around. It may be only for reasons linked to its sorry economy, but there's a regime now in place that is at least able to chat with our negotiators, most especially the US-educated foreign minister, Zarif, whose sitting at the nuke talks table nowadays.

The Saudi king seems mostly pissed at us of late, and pursues his own agenda -- especially regarding his and Qatar's arming of the nastiest folk fighting Syria's Assad.

All this is fast becoming the Mesopatamian version of The Great Game, and the players seem far too busy taking on each other to constitute any immediate threat to what the Bushies have forever after cast as "The Homeland." But what do I know? Maybe I'd better go watch "Lawrence of Arabia."

War against terrorism put many countries in crisis and they are unable to lift up in couple of decades due to big economic crisis. It sounds good to read your story about big crisis in Iraq and its effects upon the people. I noticed some students get essay writing service for their papers which is apparently good choice. But Iraqi people have big problem in writing as English is not their native language so they can also get this service.