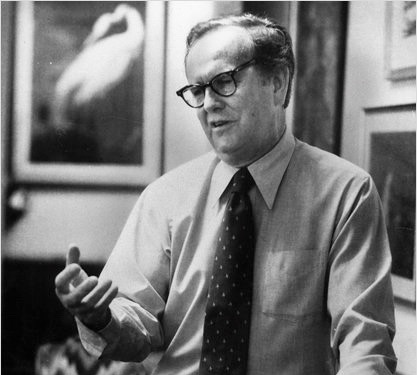 Everyone who enjoys tiny Delaware's outsized state beach system -- and that includes myself, the DF&C and our friends -- owes Russ Peterson an enormous debt.

Peterson, who became governor in 1969 after 26 years as a Du Pont Co. research chemist, was an environmentalist well before environmentalism had caught on.  His signal achievement -- and arguably the greatest achievement of any governor of the First State -- was to ram through the Coastal Zone Act in 1971.

The landmark law, which was repeatedly and unsuccessfully challenged in court, outlawed heavy industrial development on the state's coast, infuriating Big Oil and the Delaware's business and political communities. It spawned similar efforts around the world.

The signal result of the act is that today Delaware has a largely pristine coastline from Lewes at the mouth of Delaware Bay south to Fenwick Island on the Atlantic Ocean, which except for a few mostly small incorporated communities is entirely state owned and open to the public.

His first official act as governor was to order the withdrawal of the Delaware National Guard from Wilmington after 10 months of occupying a black neighborhood.  The troops had been deployed by Peterson's racist predecessor after rioting that followed the 1968 assassination of the Rev. Martin Luther King Jr.

He also ordered the desegregation of the lily white Delaware State Police and appointed the first black to the University of Delaware Board of Trustees.

Peterson went on to become president of the National Audubon Society, and attributed his passion for birds to son Peter, who as a youngster showed great interest in birds, observed them carefully on family hikes, and could identify them by their songs.

Russ Peterson was 94 when he died on Monday night at his Wilmington home.  It is sadly ironic that as a moderate Republican he would have stood no chance of being nominated today in a state where Christine O'Donnell was the party's 2010 standard bearer, let alone become an environmental torchbearer for a party that eschews moderation and is an avowed enemy of the environment.

As retired residents of this state, our thanks to you for teaching us about Delaware, its history, and notable citizens, esp. those who do not practice witchcraft, or bigotry.

Nicely done. I think his second official act was to order the removal of the whipping post from where it stood near Legislative Hall. My recollection re: passage of the Coastal Zone Act is a little different -- he didn't have the votes to "ram" it through, but rather spent months working to build pubic support and cajole legislators. He certainly loved to shake things up -- about the same he appointed Arva Jackson to the UD Board of Trustees, he appointed me to the Delaware State College Board. I think Arva's appointment actually went over better with the UD Board than mine did with DSC. RWP was so special; an idealist who walked the walk, accomplished great things, while maintaining his integrity good cheer.

Great to see your name -- brings back a lot of memories.