Thoughts On Another Strange Summer 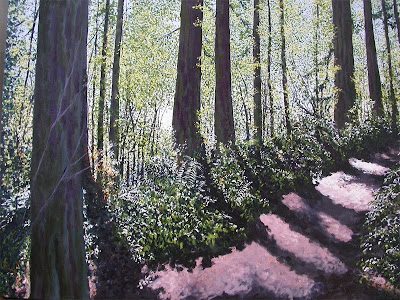 (Portions of this post were originally published in September 2009)

I never minded going to school, but even as a youth felt a certain melancholy when Labor Day rolled around. In later years there were summer loves that fizzled out right on schedule and later still sadness as my children boarded the school bus for the first time each September. But year in and year out there was one constant: Going to the seashore as early and often as we could to sun and swim.

But the summer of 2009 was strange and then some, considerably stranger even than the last strange summer of my acquaintance: That would be the summer of 1994 when my plans for a weeks-long trip to Colorado were quashed with the discovery of two bodies on the walk outside a condominium on Bundy Drive in the Brentwood neighborhood of Los Angeles. Some 18 months, two entire beach-less summers and several hundred newspaper bylines later, I finally was able to shed the ball and chain of the O.J. Simpson murder case. Never mind that it took America a while longer.

There seemed to be nothing right about that summer of our discontent. But now long retired from the newspaper business, I still feel the ebb and flow of events, yet in 2009 there was no ebb after Memorial Day and the flow was more like the effluent from a ruptured sewer pipe as Washington went into hyperdrive and the hustings went plain crazy over the last best shot at reforming America's appallingly awful health-care system in my lifetime. Is it any wonder that people living in the many countries where comprehensive health care is an entitlement and not something for the well-to-do -- looked at us with bewilderment?

The Bush Torture Regime skeleton rattled out of its closet and high-fived Dick Cheney, who in turn waterboarded a mainstream media that avidly lapped up his every imprecation as if there actually are two sides to the question of whether the U.S. should have employed Nazi-like interrogation techniques.

The devolution into chaos in Iraq picked up speed as the U.S. troop withdrawal accelerated, and Afghanistan was revealed to be a quagmire without the rice paddies.

The recession hung on, there was an epidemic of deadly car crashes because the drivers were text messaging, while millions of people smoked pot with no consequent mayhem. As the eighth anniversary of the 9/11 attacks approached, Osama bin Laden was still alive and Ted Kennedy was dead. The Gloved One, too.

And the weather! Unseasonably low temps, unrelentingly high humidity and rain with such numbing regularity that our first trip to the shore wasn't until mid July. Tomato plants flowered and then moldered, bearing a fraction of the bounty of a normal summer. Oh, then there was the tornado that passed within a half mile of the mountain hideaway, decapitating the third floor of a farmhouse, leveling a barn and two corn cribs, throwing around tractors like they were Tonka toys and twisting and snapping off the trunks of 200-year-old oaks.

The summer of 2009 was tough to top, but the summer now nearly expired has given it a shot.

Yes, we now have a semblance of health-care reform, but Congress has pretty much spun off of its axis as yet another year of Republican obstructionism, goosed by a race baiting birther lunatic fringe cross-dressed as serious candidates in the mid-term cage match election, threatens to bring down the republic. Or at least shut down government. Which come to think of it may be a not bad thing.

Those dang foreigners still look at us with bewilderment, while the shaky rapprochement between the Obama administration and the Arab street has been cold cocked by the Not Ground Zero But Nearby Ground Zero Mosque torch and pitchfork brigade, as well as threats of Koran burning.

The devolution into chaos in Iraq continued to pick up speed as the U.S. combat troop withdrawal was all but completed, and Afghanistan was further revealed to be a quagmire without the rice paddies.

The recession still hung on, the epidemic of deadly car crashes because the drivers were text messaging continued unabated, while millions of people still smoked pot with no consequent mayhem. As the ninth anniversary of the 9/11 attacks approached, Osama bin Laden was still alive and Robert Byrd was dead. J.D. Salinger, too.

And the weather! No wildfires hereabouts, but an unparalleled string of extremely hot and humid days. The tomato plants have done better, while the rains that moldered the 2009 crop produced a bumper harvest of fireflies. Oh, and trips to the beach have been just about the only relief from the craziness.

Although I did feel a twinge of melancholy as the DF&C and I sat out on the back deck of the hideaway last evening looking at a rising moon and those amazing fireflies in a cool wind that made it feel like fall, for gosh sakes, I realized that it was just fine with me that the summer of 2010 was over.