Have The Republican Right Wingnuts Finally Pushed The Envelope Too Far? 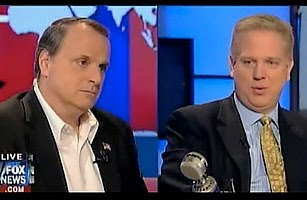 of things: Right-wing Republicans aren't as smart as they think they are and voters in general are smarter than these wingnuts take them to be.

I discussed the Cheney-Kristol flap at some length earlier this week, but for pure television theater it doesn't get much better than Beck's disastrous hour-long interview with Massa, a Democrat from upstate New York who served a mere 431 days in Congress before quitting his seat earlier in the week.

Massa first suggested that he was leaving because of a cancer scare, but later claimed that he was being railroaded by a House Ethics Committee probe of his behavior toward a male aide. He refined that claim by then asserting that House Democratic leaders and Obama consigliere Rahm Emanuel conspired to craft a bogus ethics probe as a pretext for kicking him out of Congress because of his opposition to health-care reform. 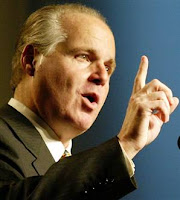 Matt Drudge and Rush Limbaugh were in full howl and drool already was forming at the corners of Beck's mouth when he went live with Massa, who by the talk-show host's lights had become a conservative media hero despite his liberal credentials and shared with Beck a well cultivated sense of victimhood and outrage at the powers that be.

Then the bottom fell out.

Instead of delivering a rebuke of Obama administration hardball tactics, Massa acknowledged that a Washington Post story that he had been under investigation for a year because of groping and sexually harassing numerous male staffers was correct.

"I wasn't forced out. I forced myself out," Massa told Beck. "I failed. I didn't live up to my own codes. I own this. I take full and complete responsibility for my misbehavior."

Beck, of course, could not believe his ears and kept badgering Massa to reveal the dark and sinister plots against him that Beck sees behind ever column in the White House portico. But Massa wouldn't bite and in the end it was Beck who was majorly bitten. Right in the ass.

"I think this is the first time I have wasted an hour of your time," Beck told viewers. It was the closest to an apology you'll ever get out of a man who believes that the planets revolve around him. 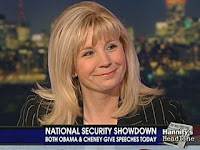 Having watched the ebb and flow of the political tides for many years now, I sense that the Republican strategy of demonizing Barack Obama no matter what he does and offering no real alternatives, no real policy agenda, but plenty of threats and wingnuttery has pretty much played out as far as its effectiveness.

Don't get me wrong. There always will be people to lap up the pap that fanatics like the Drudges, Limbaughs, Cheneys, Kristols and Becks feed them.

But a majority of Americans are desperate for health-care reform even if the sausage factory where it's being cobbled together revolts them. The economy is showing real signs of life even if jobs creation is virtually nonexistent. Obama is not throwing out No Child Left Behind in 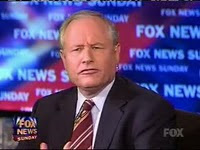 moving forward with education reform, but rather improving on its best bits. The troop drawdown in Iraq is on schedule and things in Afghanistan . . . well, they could be worse. While Obama himself has been bloodied he is not bowed, and his approval numbers are better than Ronald Reagan's at the same point in his presidency.

Yes, the Democrats will take some hits in the November elections. The party in power always does. But the Republicans have been just a little too smart for their own britches, notably their belief that voters are a bunch of dumb sheep.