Heroes of 2008: Prosecutors & Lawyers Who Protested The Bush Torture Regime 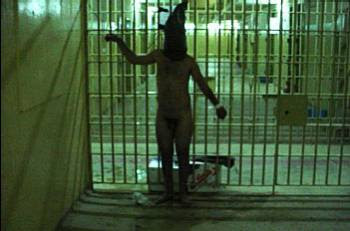 The year 2008 marked a turning point in the annals of the Bush torture regime. What had been a trickle of revelations became a tidal wave with the publication of blockbuster books by Philippe Sands and Jane Mayer, some but not nearly enough mainstream media coverage, and concerted anti-torture campaigns in the blogosphere, notably that of Andrew Sullivan.

But when all was said and done, the biggest heroes were a dozen or so military prosecutors and lawyers who spoke out in conscience over this dark chapter in American history, powerfully blowing the cover off of the administration's cover-up since these men were integral cogs in the terror regime wheel who refused to play along.

Lieutenant Colonel Darrel Vandeveld is one of these heroes.

A devout Catholic, the Army Reserve lawyer and prosecutor at Guantánamo Bay was deeply disturbed about a system that tortured information out of defendants who were held without trial for years and then sent before tribunals rigged to assure convictions. (Although the results were not always predictable).

Vandeveld's moment of truth came over the prosecution of Mohammed Jawad, a teenaged Afghan who was accused of throwing a grenade at a U.S. military vehicle.

Vandeveld says he found indisputable evidence that Jawad had been tortured after he tried to commit suicide by banging his head against a wall: Psychologists who 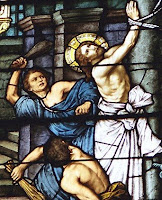 assisted interrogators advised taking advantage of the youth's vulnerability by subjecting him to special interrogation techniques known as "fear up." He also was placed into what was known as the "frequent flyer" program in which he was moved from cell to cell every few hours with the aim of preventing him sleeping properly and securing a confession.

Vandeveld surely was aware of a cruel irony when he wrote to a Jesuit priest seeking advice about his moral dilemma: Jesus himself was a victim of torture and execution.

What, he asked the priest, should he do?

"Quit," the priest replied in so many words.

And so Vandeveld did after charges were dropped against Jawad and five other men against whom evidence also had been trumped up.

THE CARROT & THE STICK
Matthew Alexander was an Air Force interrogator in Iraq and a member of the elite team that successfully hunted down Abu Musab al-Zarqawi, the notorious Al Qaeda mass murderer.

He writes that he was "astonished" by the contrast in the interrogation methods used in the dragnet for Al-Zarqawi (photo).

The Army was still conducting interrogations using what Alexander calls the "Guantánamo Bay model." This, he explains, involved "pushing in every way possible to bend the rules -- and often break them. . . . These interrogations were based on fear and control; they often resulted in torture and abuse."

Alexander refused to indulge in such practices. Instead:

"We got to know our enemies, we learned to negotiate with them, and we adapted criminal investigative techniques to our work. . . . It worked. Our efforts started a chain of successes that ultimately led to Zarqawi."

A LOUSY PIECE OF PAPER 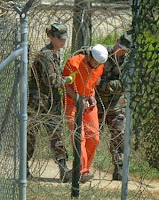 Of the 770 detainees sent to Guantánamo since the U.S.-led invasion of Afghanistan following the 9/11 attacks, only 23 have ever been charged with a crime. Of the more than 500 released, not one has received an apology.

What detainees do get upon their release is a lousy piece of paper that reads like this October 7, 2006 go-free card:

An Administrative Review Board has reviewed the information about you that was talked about at the meeting on 02 December 2005 and the deciding official in the United States has made a decision about what will happen to you. You will be sent to the country of Afghanistan. Your departure will occur as soon as possible.

logic of the naysaying legions who argue that Bush torture regime architects -- Cheney, Addington, Rumsfeld, Gonzalez, Yoo, et. al. -- cannot be held legally accountable but could be brought before a conscience-cleansing truth and reconciliation-type commission.

"It's sweet and fanciful to think that with a grant of immunity and a hot cup of chai, Bush-administration officials who have scoffed at congressional subpoenas and court dates will sit down and unburden themselves to a truth commission. . . . Even if every living American were someday to purchase and read the truth commission's collectively agreed-on bipartisan narrative, weaving together John Yoo's best intentions and Khalid Sheikh Mohammed's torment on the water board, sweeping national reconciliation will elude us."

Posted by Shaun Mullen at 5:43 AM
Email ThisBlogThis!Share to TwitterShare to FacebookShare to Pinterest