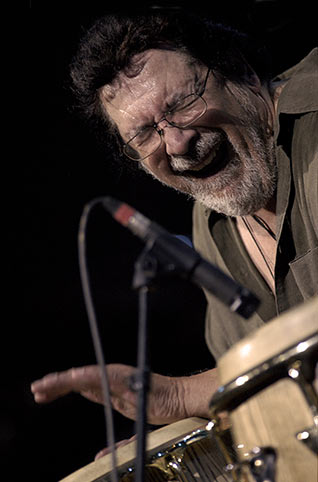 Ray Barretto did not invent the conga drum. He was by no means the first percussionist to play it. But he almost single-handedly defined its role in jazz and Latin music over a rich 50-year career.

Barretto, who lived around the corner from some friends of mine in Norwood, N.J., was 76 when he died of heart failure on Saturday.

His one hit as a solo artist was "El Watusi," which was the first Latin tune to crack the Billboard Top 20. But he should be best remembered as a stylist and bandleader, and for his fierce determination to be considered a full-fledged jazz musician, not merely a Latin percussionist.

"Ray was like the quintessential Nuyorican," fellow percussionist Bobby Sanabria told the New York Times. "For us in our community, he was a shining example of how somebody from humble beginnings can rise and achieve greatness."