'Well, Mr. Potter, He Died A Much Richer Man Than You'll Ever Be.' 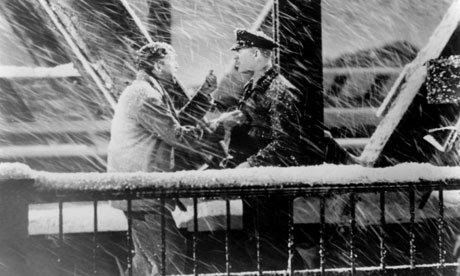 Seventy years ago on Christmas eve, George Bailey was at the end of his rope and was about to jump off a bridge in Bedford Falls, New York.  So began the beginning of the end of It’s A Wonderful Life, a movie that I never tire of seeing this time of year.

Even when I was at my most cynical, It’s A Wonderful Life was never simplistic, a label that feckless critics pasted on the Frank Capra-directed film upon its 1946 debut. On one very lonely Christmas Eve, it helped me through a long night, while with every passing year its message continues to humble and inspire me.

That message reverberates even more strongly today given the horrors that seem to visit our lives with such numbing regularity: Each of us, no matter how insignificant we may seem, has the power to make a difference.  And that the true measure of our humanity has nothing to do with fame or money, but with how we live our life.

If it’s been a while since you’ve seen It’s A Wonderful Life, check your TV listings or webstream it from Netflix. If you’ve never seen it, you owe it to yourself to do so.

Oh, and have yourself a happy holiday.

The wife and I watch it every Christmas, along with the 1952 Alistair Sims , Christmas Carol. Populist Christmas stories where the sentiment feels real.

He gets a glimpse of what his town would be like if he'd never been born, and there are (gulp!) black people in his favorite tavern.

Obat Bius Original said...
This comment has been removed by a blog administrator.
12:38 PM

The studio thought so little of the movie that it did not bother to renew its copyright. Consequently, it could be shown for free on TV and in the 1970s TV stations took advantage of that fact and started showing it year after year. So the movie, which did not do very well when it first came out in 1946, finally found an audience and became a classic. I remember when I watched it for the first time as a teenager; it brought me to tears. After World War II the country just wasn't in the mood for this type of picture.

Anonymous said...
This comment has been removed by a blog administrator.
11:38 AM

Odd as it may seem, I think they plan to make this into a Broadway play or possibly a musical. But then, why not? After all, they are turn Groundhog Day into musical.