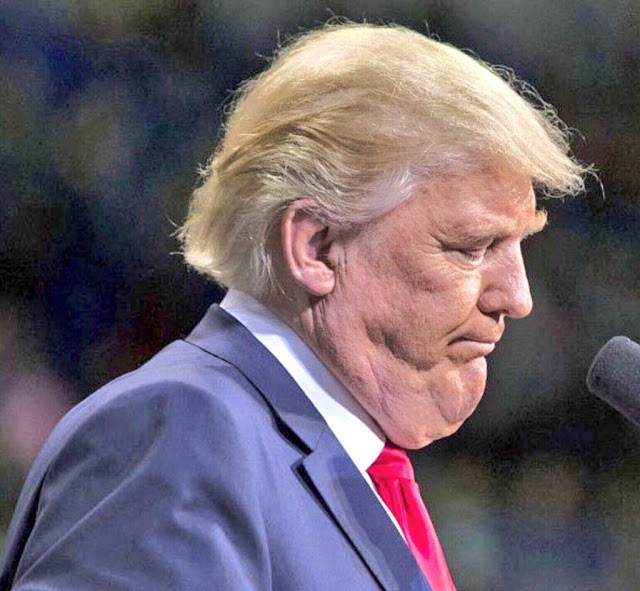 It has been nearly a month since election cataclysm.  In that time, there have been tsunamis of recriminations and mea culpas, fleeting apologies from the mainstream media, deep embarrassment on the part of more honest pundits (myself included), ample evidence that the Democratic Party has its collective head up its ass, fledgling ballot recount efforts and pushbacks all playing out like so much background music, or perhaps the screeching of a discordant string section, coming from Trump Tower, which figuratively and literally is the new seat of American power.

The answer to this question will reveal all:

How could 46 million people vote for a man who has never done an honest thing in his life?  Who is an unashamed racist, nativist, misogynist and narcissist who built his fortune on the back of poor working stiffs and a cult of celebrity, has no patience or understanding of the nuances of domestic and foreign policy, and all that aside is a vile and pathetically borish boy-man incapable of growth, comprehension or compassion?

Gerrymandering and our failure to understand the underbelly of our society who actually enjoy and support the Reality TV genre. I believe it is the lack of development of their frontal lobes during adolescence.

A giant middle finger to both "establishment" parties

In rural and small town America you can't make as good a living out of high school as dad and granddad did. Trump said he'd fix it. He was believed.

To which I'd add has been brought on by a profound miscalculaion/strategic error/greed/malfeasance in policy and direction of its economic system. Historians will devote a great deal of time to wondering how a large country could let half or more of its population slide into downfall without considering that a bill would come due on it many years on.

In the grand sweep of history, the US and its capitalist titans, so to speak, imposed the equivalent of the treaty of Versailles on much of its population without ever thinking about the potential consequences or asking if we wanted to be party to it.


She was hacked by Russia. Kneecapped by the FBI. Her voting base was suppressed by every Red State in America.

The men the American public admire most extravagantly are the most daring liars; the men they detest most violently are those who try to tell them the truth. ~ H. L. Mencken

Abortion. Evangelicals would vote for a serial killer as long as he never killed a pregnant woman. Scratch that. They'd vote for him if the woman died, but the fetus lived.