Eddie Joubert Is Still Dead. And My Book About His Brutal Murder Is Still Banned.

It has been six years since the second edition of The Bottom of the Fox: A True Story of Love, Devotion & Cold-Blooded Murder was published.

In that time, the world and even the Pennsylvania Poconos have changed, but two things have remained the same: The brutal 35-year-old murder of Eddie Joubert, who was a Poconos bar owner and is my book's protagonist, remains unsolved.  And the book remains banned in the very area that Eddie fell in love with, where he moved to provide a safe environment in which to raise his children, and where he was killed by an ax-wielding psychopath.  That his murder was never solved is a scandal, while the book banning is for me a point of honor.

It is a point of honor because it further verifies what virtually all of the many people I interviewed for The Bottom of the Fox and readers with whom I have corresponded over the last six years as the book has sold steadily, if not spectacularly, have all said:

The underlying premise of The Bottom of the Fox is spot-on correct.  That is, while the Poconos jealously guards its image as a four-season Eden, it was deeply corrupt in 1981 and remains so, is controlled by politicians and a law enforcement establishment answerable to no one, and was and remains a place where you can literally get away with murder. 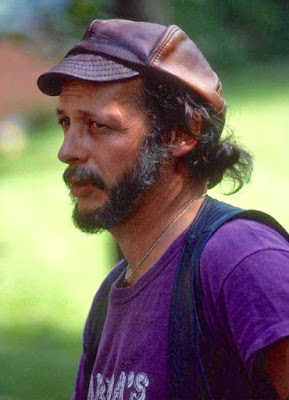 The man who hacked the life out of Eddie Joubert one powerful ax blow at a time outside his bar in the village of Delaware Water Gap in November 1981 got away with murder because the law enforcement establishment could care less about him.

This is because Eddie was not the son of a politician.  He was not a bigshot resort owner or a Baptist minister. He was a nobody according to the establishment's social calculus, a hippie who ran a bust-out joint in a one-stoplight town and was deserving only of scorn although he happened to be deeply loved in the community, had spearhead the resurgence of the village, and among his many good works was being a co-founder of the Delaware Water Gap Celebration of the Arts, a jazz festival that will celebrate its 40th year in 2017 and attracts thousands of people annually while providing the kind of positive publicity that no amount of Pocono Mountains Visitors Bureau money can buy.

Not surprisingly, The Bottom of the Fox was greeted with deafening silence by the political and law enforcement establishment.  Officials from the governor on down were sent complimentary copies. No one commented publicly, nor did the Pocono Record, the only media outlet of consequence in the region, publish a story on the first book to examine the area in a candid, if not always flattering, manner.

But over the next several months, I repeatedly was told that The Bottom of the Fox was being fretted over behind closed doors.  A police officer friend described walking into the office of a state senator who was deeply absorbed in the book but quickly stashed it in a desk drawer like it was a dirty magazine when he realized someone was in his office.  I happened to run into a state representative at 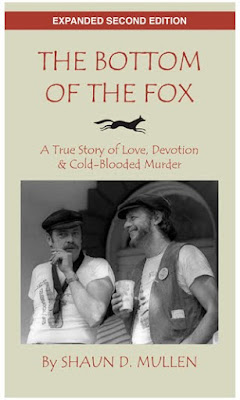 the 2010 Celebration of the Arts and asked if he had read the book.  He turned beet red and then turned heel, telling me over his shoulder as he walked away that "I'm not running for re-election."

The disinterest that the Record evinced in the book was not surprising, although it does do lavish stories on local authors, most recently a nice spread on the writer of a mystery novel whose daddy was a longtime executive at the newspaper.  As I wrote recently in another context, "The Record in some ways reflects the community it covers.  Monroe County has a somnambulant, nepotistic and deeply risk-averse political establishment, as well as serious problems that are swept under the table.  The Record has shown no interest in reporting on that big-picture state of affairs in its news pages, let alone push for badly-needed reforms on its editorial pages."

But the owner of a Pocono bookstore not only agreed to carry The Bottom of the Fox, she understood that it was an important book that stood head and shoulders above the usual smile-button tomes on the region.

Lisa Carroll exemplifies the best of a dying breed: The owner of a community bookstore not beholden to the whims of an Internet-driven publishing industry that has killed thousands of mom-and-pop bookstores across the country.  Carroll & Carroll has survived at its longtime Main Street location in Stroudsburg by offering hands-on service and a mix of best sellers, classics and discounted used books, as well as an extensive selection of books about the Poconos.

Ms. Carroll was not only eager to stock The Bottom of the Fox, she displayed copies in her store window during the 2010 Christmas holiday season.

The book sold out twice, but a funny thing happened on the way to the first anniversary of the book's publication.  Despite the newspaper and magazine clippings on the walls of Carroll & Carroll extolling free speech, and notwithstanding good reviews at Amazon.com and other online booksellers, The Bottom of the Fox suddenly disappeared from Ms. Carroll's inventory.

Ms. Carroll's had belatedly gotten the message that The Bottom of the Fox was a banned book and she obediently knuckled under.

Her explanation, which is utterly 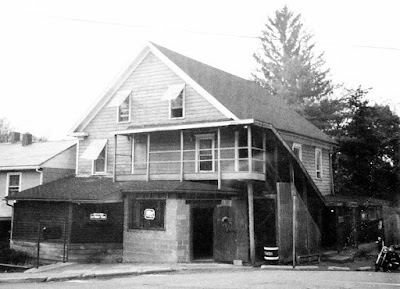 unconvincing, is that she had started getting used copies of the book and decided to no longer sell new copies.  But that is problematic because everyone I spoke to who tried to buy copies -- in the case of one person some 10 copies and another five -- said that Ms. Carroll did not offer to sell them used copies because she did not have any.

Fast forward to September 2016 when a retired state police officer first heard about The Bottom of the Fox and tried to buy a copy from Ms. Carroll.

"She acted all nervous," he told me.  "First she said she didn't know about the book.  Then she said they don't carry the book, and there are no stores that carry it.  She finally said that she wasn't sure, but I might be able to buy it online."

Who in particular might have pressured Ms. Carroll to take the book off her shelves?

Perhaps the politically-connected daughter of a deceased district attorney who is portrayed in an unflattering light in The Bottom of the Fox.  This man was deeply corrupt as a DA and later as a judge and had rejected petitions to convene an investigative grand jury and coroner's inquest into Eddie Joubert's death despite the fact that there was an ax murderer on the loose in the Poconos.

Because, you know, Eddie was a nobody.

Sad, especially because it's a great book.

Awfully intense. You're sure to receive some feed back. For my part,I had no idea. Wasn't that at the time John Lennon was shot?

You've never mentioned that the book was banned. Frankly, I didn't think they did that anymore.

As I've said a few times to you, more, please.

Honestly, I think phrase "banned" here is irresponsible. Your book is not banned. Anyone, anywhere can buy it on Amazon, etc. Using the term "banned" in this loose manner obscures genuine cases of censorship.

Shawn, this was all news to me and it took me strongly back to the murder of my cousin Anne Marie Fahey. To be certain, the local and even state authorities(i.e. State Police) were not going hard on the case at all at the outset. That is factual. Anne, unlike Eddie of your book, was Tom Carpers something -or other and he got the FBI on it and then the blood stains on the Capano residence killing
floor, the botched dry wall repair quickly were not only discovered but the momentum went dramatically toward Tom Capano's eventual conviction , incarceration and eventually his death of natural causes @ Symrna. IF the locals , as in your synopsis details, had this case, I think I would still see Tom Capano living the high life in Trolley Square.

My family and i knew eddie joberts son jimmy personaly and he was not a nice person.. There was a rumor in hillsbough that jimmy was the one who killed his father... However i dont believe he was ever questioned.. Jimmy was also allegedly killed in the early 90s.. But the way we heard was he choked on his own vomit..

Jimmy was questioned, but you are otherwise correct.

I actually believe that in one of his drug filled stupers that he actually confesed.. However hillsborough is a small town and everyone had something to say about it.. And this is after he died.. Noone will ever know unfortunatly.. But im looking forwards to reading your book.. Thankyou for replying

My name is Abe Ammerman and I wanna ask some questions and might have answers for you .

No sure why Carroll and Carroll won't sell it, but there are 3 copies available in the local Hughes Library.

I knew him. He was a good dad to his younger daughter who was my friend. I only knew him as a good and nice man. So sad.

Knew him and his brother well.many good times at the fox.i bought the book when it first came out .loved it.have been waiting for the second one?is it out yet?

I used to play in a duo there during the mid 70s, met Cesar Diaz there back then, met him years later at a guitar show before his passing.

I was in Delaware Water Gap today and started up a conversation with a sixth generation resident whose parents knew Jimmy really well. He told me that a Native American convicted arsonist (burned down the Castle Hill Hotel (of part of it) was the guy that axed Jimmy to death. I will order your book soon but I am wondering if you cover this said Native American in your book? Thanks!