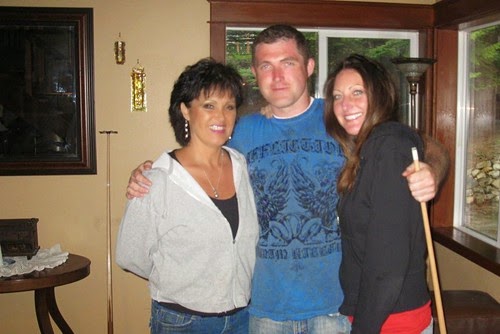 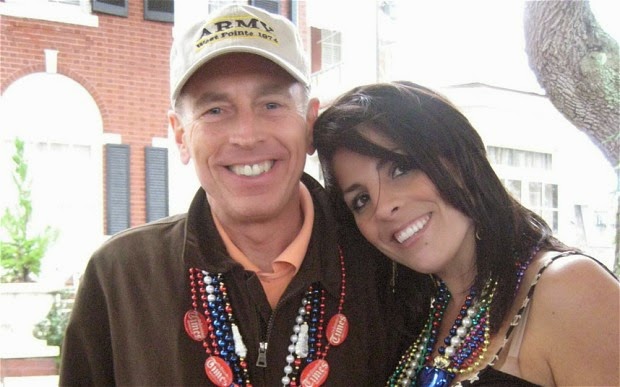 On March 3, 2015, there was brutal cold and the hangover from several major snow storms to contend with in the Northeast and Midwest, unseasonably chilly weather in Florida that had natives and tourists alike bundling up, and intermittent rain and fog in the Pacific Northwest, but none of this kept the American criminal justice system from grinding along -- from sea to shining sea -- as it does no matter the weather.

In Spokane, Washington, a white family of three medical marijuana patients -- father, mother and daughter -- faced several years in prison after being convicted of growing more pot plants than the law allowed.  In Panama City, Florida, a 21-year-old black man was expected to be sentenced to prison after being found guilty of selling a small quantity of marijuana to an undercover agent, while in Washington, D.C., the Justice Department announced that an investigation had concluded that the police department in Ferguson, Missouri, where an unarmed black teenager was shot dead last summer by a white officer, regularly uses force almost exclusively on blacks and stops them without probable cause.  In fact, although blacks make up 67 percent of Ferguson's population, blacks account for 95 percent of all arrests. The city's court system, the report found, routinely jails blacks for even the most minor infractions.

But the big criminal justice news on March 3 was that David H. Petraeus had reached a plea deal after admitting that he had provided his highly classified personal journals to a mistress when he was CIA director, a crime that in another day and age would have been considered treasonous and in this day and age would have resulted in a court martial and hard time in a brig -- if not an appointment with a firing squad -- for a lesser ranking soldier.

The family in Spokane and the young man in Panama City, neither affluent or socially connected, are facing prison time, their lives effectively put on hold if not destroyed, while Petraeus, the ultimate insider with many politician friends, including the man in the White House, coped a misdemeanor plea and will pay a $40,000 fine and serve two years of prison-free probation while keeping his job as a lavishly compensated financial industry mover and shaker.

The contrast between the fates of these marijuana malefactors and a highly decorated four-star general who is the best-known military commander of his generation, speaks volumes about how deeply dysfunctional American society is in a most fundamental respect -- that courts and juries, aided and abetted by their police and prosecutorial helpmates, as well as attorneys who get filthy rich off of this cancer, dispense "justice" according to social rank, influence and affluence, outdated mores and, of course, race.

Any clear-eyed student of American jurisprudence knows that the way the law is applied in these United States has always been skewed, but that view is profoundly short-sighted in a contemporary context.  Of course it always has been skewed, yet despite laws and policies of recent vintage prohibiting favoritism toward certain defendants because of their standing and wealth, your chances of being treated fairly is more of an abstraction than ever.

OBAMACARE: YOU READ IT HERE FIRST

The conservative wing of the Roberts Supreme Court, too often joined by Justice Kennedy, has jumped the shark as throwing the 2000 presidential election to George W. Bush and the Citizens United decision have shown.  So when the high court agreed against good sense to hear King vs. Burwell, in which the right-wing litigants argue that four errant words in the Affordable Care Act demand that this highly successful program be gutted, those of us of the left-of-center persuasion started casing out windows to jump from.

But oral arguments last week -- despite some of the silliest legal posturing in modern court history and nary a mention of the more the 8 million people who would lose access to health insurance because of the "death spiral" that would result if the absurdist architects of the King case get their way -- provided a glimmer of hope.

So here's my prediction: King will be thrown out in a 6-3 ruling with Chief Justice Roberts and Justice Kennedy joining the four justices who believe that access to affordable health care trumps reverse-engineered legal flapdoodle.

While Roberts and Kennedy are not cut from the altruistic cloth that Justices Breyer, Ginsberg, Kagan and Sotomayor might be, perhaps they don't want those 8 million-plus people, a goodly number with life-threatening conditions, on their consciences.  That Justices Alito, Scalia and Thomas have no such scruples -- and perhaps have no scruples whatsoever -- is what the King litigants counted on. They're just going to fall a couple of rifles short of a full firing squad.

WHY THE CIA REFORM INITIATIVE IS DOOMED

CIA Director John O. Brennan's bold plan to reassign thousands of spies and intelligence analysts into new departments to make it more successful against modern threats and crises (the Cold War really is over, lads) is brilliant because it is so bloody logical.  Getting spooks and analysts on the same page, instead of being in their own compartmentalized worlds as they long have in the agency's troubled 67-year-old history, is bound to get results.

That is because the CIA, like Britain's MI5, is first and foremost an old boy's club where the independence of the individual is more important than fealty to president and country, or queen and country.  And that law of nature is not about to be revoked.

Had the CIA been organized along the lines that Brennan envisions, the 9/11 attacks probably would have never happened.  But CIA operatives were hunkered down in their various compartments, vital information was not shared within the agency, let alone with the FBI, and despite myriad warnings of an impending attack using commercial airliners as weapons, Osama bin Laden's henchmen pretty much had clear sailing.

As will the next bunch of terrorists who still will have little to fear from the CIA.

There's a sort of arcanely constructed argument I've read -- a tad beyond my legal parsing capabilities, but I'll try -- that says Kennedy will shoot down the ACA challenge because to accept the plaintiffs' argument would see the court acquiescing that the law force states to set up exchanges at their own expense. In other words, denying federal subsidies would put an unreasonable demand on state governors & legislators to provide a state-run exchange that would offer subsidies.

The glass-half-empty part of this thesis is that Kennedy's federalism sensitivity wouldn't permit this sort of mandate, but that a ruling with that premise would open the door to challenges of other actual federal mandates -- such as linking highway dollars as a hammer for compliance with various benevolent laws the feds want to promulgate across the land.

It's beautiful, and it's going to be awesome just playing in that environment, and then the practice facilities and everything are going to be brand new. Taiwan demands apology from WHO chief Taiwan demanded an apology from the Organization chief after he accused the island government of leading personal attacks against him and his agency response to the coronavirus pandemic.

He adored my girls. In his final season with Jordan Shoes For Sale the Crimson Tide, Cooper established an SEC single season record with 124 receptions and school single season marks with 1,727 receiving yards and 16 touchdown receptions.Cooper earned unanimous All American recognition and won the Biletnikoff MK Outlet Award as the nation's top receiver in 2014 before entering the NFL as the fourth player picked in the 2015 draft..

As a lot of ankle New Air Jordan Shoes length silhouettes are in vogue such as palazzos, capris and midis, I see this trend Coach Outlet Clearance in shoe been quite popular. His coach, Keith Etheredge, compares him to Atlanta Falcons' receiver and former Alabama star Julio Jones. Ryan thanked the community for it support, and said and Cheap Yeezy Shoes Sale your family are in my prayers.

Terrell.What makes Igbinoghene stand out among those Cheap Nike Air Force 1 others, though, is his upside.Igbinoghene still raw at corner, but he believes he this year best at the positionNoah Igbinoghene has Air Force 1 In Store only been playing cornerback for two years, but he certain he the top player at the position in this year NFL Draft.After signing with Auburn as Yeezy Shoes For Sale a four star receiver out of Hewitt Trussville, Igbinoghene made the move to defensive back following his freshman season..