'Innocence' To 'Summer Moon': The Books That Have Most Influenced Me 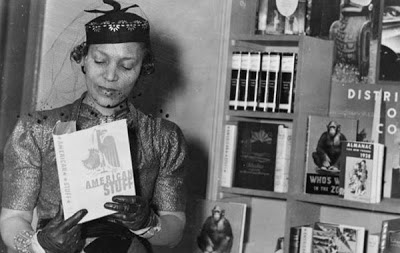 The end of another new year and there are another batch of books under this bibliophile's belt.

Two years ago I published a list of the 30 books that have most influenced me, which I republish here with a few updates and deletions, and in doing so find that 30 has become 29.  No matter. All of these books are available through online retailers and for free through the Inter Library Loan service of which most larger public libraries are a member.

THE AGE OF INNOCENCE by Edith Wharton (1920) This beautifully told tale of a couple's impending marriage in the 1870s and the introduction of a scandal-plagued woman whose presence threatens their happiness questions the assumptions and morals of 1920s New York society.

THE ALEXANDRIA QUARTET by Lawrence Durrell (1957-60). These four stunningly written and interlocking novels are set in Alexandria, Egypt between the first and second world wars. Written in experimental form, Durrell presents his narrative of love and love's labors lost from different viewpoints.

THE CATCHER IN THE RYE by J.D. Salinger (1951) This classic tale of teenage angst was the first of many books that would alter my world view. I bought a Signet paperback that I still have with money from my paper route at age 12 and read it through twice -- and several more times over the years.

CATCH-22 by Joseph Heller (1961) Reading this satire on the insanity of war was a rite of passage for my Vietnam era generation, but Heller's masterpiece of comic set pieces is timeless. "Catch-22" has entered the English language to signify a no-win situation and influenced Robert Altman's M*A*S*H.

CRIME AND PUNISHMENT by Fyodor Dostoevsky (1866) I only recently got around to reading the classic story of Romanovich Raskolnikov, a dissolute former student who rationalizes killing a greedy pawnbroker as not just a way out of poverty but justifiable in the pursuit of the higher purpose of ridding the world of an evil person.

DEVICES AND DESIRES by P.D. James (1998) By my lights the best of James's 14 Adam Dalgleish murder mysteries and the author at her writerly heights. The book begins with the New Scotland Yard detective himself finding a body on a beach and then cascades into a series of interlocking plots and startling conclusion.

GOING AFTER CACCIATO by Tim O"Brien (1978) Like Heller, O'Brien brilliantly captures the absurdity of war in this tale of a private intent on walking 8,000 miles to the Paris peace talks deserting his post in Vietnam. This is hands down the best novel about Vietnam.

A HEARTBREAKING WORK OF STAGGERING GENIUS by David Eggers (2001) I finally understand what all the buzz was about when this alternately hilarious and sad memoir was published. Eggers, a college senior, loses his parents to cancer in the space of five weeks and inherits his eight-year-old brother.

THE LEFT HAND OF DARKNESS by Ursula K. Le Guin (1969) Women's liberation and reevaluating gender roles were ascendant in the 1970s, and no book better captured these memes than this sensitively told story of an emissary to a planet where people are of no gender -- or both. Science fiction at its very best.

THE LORD OF THE RINGS by J.R.R. Tolkein (1954-55) The beauty of this trilogy, written by Tolkein for his grandchildren, is that it is great literature whether you read it simply for the epic story of Frodo Baggins and his trek through Middle Earth, or dwell on its religious, mythological and philological sub-themes.

THE MAGUS by John Fowles (1966) I only rarely read a book more than once, but I read this masterpiece of mystification and survival shortly after it was published and then again three years ago. Given my own intellectual growth, it was even better the second time around.

MATTERHORN: A NOVEL OF THE VIETNAM WAR by Karl Marlantes (2010). This list was already somewhat Vietnam and war book top-heavy and I didn't think I had the stomach for a 600-page account of a Marine Corps infantry company's struggles to take and retake a mountain, but I did and was hugely rewarded.

SLAUGHTERHOUSE-FIVE by Kurt Vonnegut (1969) This is the story of Billy Pilgrim, a former prisoner of war in a German POW camp who becomes unstuck in time after he is abducted by aliens. A masterpiece of absurdity.

SMILLA'S SENSE OF SNOW by Peter Hoeg and Tina Nunnelly (1995) As the title implies, Smilla knows everything there is to know about snow (and ice) and that leads her to a shattering series of murders and other crimes.

TO KILL A MOCKINGBIRD by Harper Lee (1960) Lee's only novel follows three years in the life of a backwater Mississippi town through the eyes of an eight-year-old, but is chockablock with big themes, including race, class and justice, as well as one of the best surprise endings in fiction.

AMERICAN PROMETHEUS: THE TRIUMPH AND TRAGEDY OF J. ROBERT OPPENHEIMER by Kai Bird and Martin J. Sherwin (2005) Behind the scenes, the life of the brilliant physicist and mastermind of the Manhattan Project was devastatingly sad and the way that the U.S. and other governments exploited scientists and science irrevocably damaging.

BATTLE CRY OF FREEDOM by James MacPherson (1988) If you can read only one book about the Civil War, this is it. MacPherson writes beautifully, but it is his deft weaving of the oft-told story of the war on the battlefield with the complex economic and social forces of the time that make it so special.

DEMOCRACY IN AMERICA by Alexis de Toucqueville (1835-40) This, of course, is the seminal reference work on the American democratic system, but it is the exploration of the economic sociology of the young republic that I found most fascinating.

THE ELECTRIC KOOL-AID ACID TEST by Tom Wolfe (1968) This tale of Ken Kesey and his LSD-gobbling, revolution-fomenting Merry Pranksters is the ultimate Sixties book and a harbinger of what became known as New Journalism. It has one of the best openings paragraphs evah.

EMPIRE OF THE SUMMER MOON: QUANAH PARKER AND THE FALL OF THE COMANCHES, THE MOST POWERFUL TRIBE IN AMERICAN HISTORY By S.C. Gwynne (2010) This is the amazing story of the improbable rise and eventual fall of the Comanche nation, focusing on the epic saga of the pioneer woman Cynthia Ann Parker and her mixed-blood son Quanah, who became the last and greatest Comanche chief.

FIRE IN THE LAKE by Frances Fitzgerald (1972) Precious few studies of the Vietnam War were written as seen through Vietnamese eyes. Fitzgerald's analysis is a reminder of how the U.S. so tragically misinterpreted the people and misunderstood the conflict.

IN COLD BLOOD by Truman Capote (1966) This story of the brutal murders of a wealthy Kansas farmer, his wife and two of their children was a harbinger of the flood of true-crime books, television shows and movies that continues to this day. Capote is at his best in exploring the complex psychological relationship between the murderers.

THE ISLAND IN THE CENTER OF THE WORLD By Russell Shorto (2005) If you think that the history of Manhattan began when the British wrested New Amsterdam from the Dutch in 1664, think again. And read this marvelous account of why Dutch influence still imbues the island in unexpected ways.

THE OMNIVORE'S DILEMMA: A NATURAL HISTORY IN FOUR MEALS by Michael Pollan (2006) This book picks up where Eric Schlosser's Fast Food Nation left off as Pollan begins with a description of a McDonald's meal consumed by his family. He asks fundamental questions about the moral and ecological consequences of our food in this brilliantly written and witty wake-up call which, of course, has been widely ignored.

MALCOLM X: A LIFE OF REINVENTION By Manning Marable (2011) This book is an overdue corrective to Alex Haley's bestselling bio, and while laudatory of the great civil rights leader in some respects it portrays him as a serial embellisher.

THE SEVEN PILLARS OF WISDOM by T.E. Lawrence (1922) I had read a popular abridged version of "Lawrence of Arabia," but finally read the original, which is about a third longer and twice as good. Lawrence's penetrating observations about the Arab world and British imperialism during World War I are just a pertinent today in Iraq.

STORMING HEAVEN: LSD AND THE AMERICAN DREAM by Jay Stevens (1998) Although not the best written of books, this history of LSD is invaluable. Most accounts give the usual suspects too much credit, while none focus on a strange and wonderful bird by the name of Al Hubbard, who is said to have given LSD to 6,000 people in the belief that the drug could change the world.

UP IN THE OLD HOTEL by Joseph Mitchell (1992) A sort of counterpoint to The Age of Innocence, this legendary New Yorker writer lovingly chronicled the lives of odd New York characters, including greasy spoon cooks, oystermen, gofers, bag ladies and Gypsies, all struggling to survive during the middle decades of the 20th century.

THE WARMTH OF OTHER SUNS: THE EPIC STORY OF AMERICA'S GREAT MIGRATION by Isabelle Wilkerson (2010) As migrations go, it dwarfed the California Gold Rush of the 1850s and the Dust Bowl migration in the 1930s. But somewhat perversely, the Great Migration of six million blacks from the South was so immense that it has escaped the notice of most historians. That imbalance has finally been corrected with this magisterial book.

Sean: some of my favorites are in your list and some that I will have to read. Thanks!