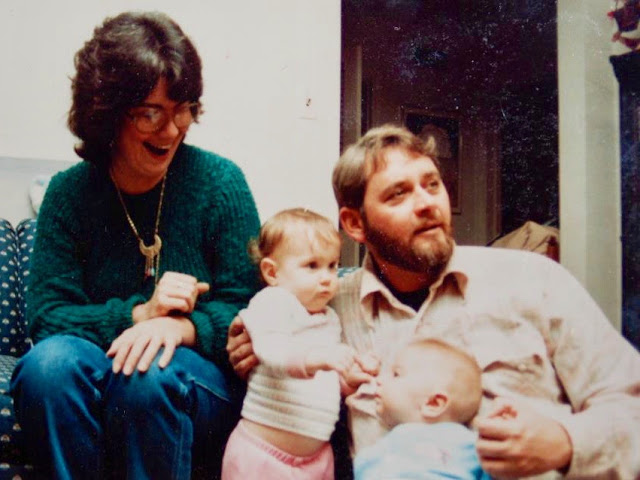 (I am reposting this 10-year-old piece because Mary, Nick's wonderful
and long-suffering wife, passed on December 20.  Nora, their teacher
daughter, has used a version of this post as a classroom aid.)

Nick was never the same after Vietnam.  He would lapse into deep depressions.  He let his teeth go, chain smoked cigarettes and pot and drank way too much booze, fought with his wife and would leave home for days at a time after suffering nightmares about the people that he had killed and seen killed.

I was one of the very few people who knew about Nick's experience.  It was horrific -- skippering a Navy river boat that patrolled the .  You know what I'm talking about if you've seen Apocalypse Now.  Nick lived Apocalypse Now.

It helped that Nick eventually was diagnosed with a condition that was long known as Shell Shock, among other misleading names, but has only fairly recently been given a fancy clinical name -- post traumatic stress disorder.   Even with the Veterans Administration's tough standards, Nick was an obvious candidate for 100 percent disability and got it, but I have to wonder if he would be so fortunate today.

The psychiatric fallout from the wars in Iraq and Afghanistan long ago reached epidemic proportions, but it has remained a largely silent epidemic, poking its hydra head into our lives only when a returning vet loses his shit and shoots up a convenience store or you notice the flashing lights of an ambulance down your quiet suburban street and see the body of a returning vet on a gurney being wheeled from a garage after he ended it all by sucking automobile exhaust fumes.

The breadth and depth of this epidemic is extraordinary: The number of suicides from the twin wars may exceed the combat death tolls because of inadequate psychiatric care, although those numbers aren't even being accurately calculated because of VA cover-ups.

The VA itself estimates that 11 percent of Gulf War vets, 31 percent of Iraq war vets and 10 percent of Afghan war vets suffer from PTSD, but that is a conservative estimate and other observers believe that the number is much higher.

Author Ilona Meagher talks and writes about PTSD and frequently opens book events by listing a few of the 80 or so names for the disorder in the popular lexicon.  These include Old Sergeant Syndrome, Railway Spine, Buck Fever, Swiss Disease and War Syndrome in addition to Shell Shock.

The multitude of names tell us a couple of things.  First, that each generation has to rediscover the horrors of PTSD.  And second, each generation does not want to have to deal with those horrors.

Part of this is because there is disagreement among some clinicians about what exactly PTSD is. Part of this also is that "cowardice" is never far away in discussing PTSD.

The notion that "you have to be a man" and not admit to pain or emotional distress runs deep in the military psyche, and begins to explain why there were so many cases of soldiers in Iraq being punished for saying that they had emotional problems, which is one of the war's more obscene legacies.

While I did not expect my sergeant to kiss my boo-boo or read me a bedtime story, my one (non-combat) injury while serving in the Army was treated with disdain and ridicule even though I bucked up and tried hard to be a man.

Meagher cuts to the chase when she writes:

"The reality is that combat PTSD – or whatever we once called it, or whatever we're going to call it next – calls into question the human reliance on war to solve our problems.

"While we may wish that our smart bombs and our superior military power will so overwhelm our enemies that our wars can be clean, quick and painless – and without any blowback on us or those we’ve sent to fight in them – there's no debating that war trauma has always existed, and it will exist as long as we wage war.  In many aspects, the war trauma of today can be more debilitating that that of previous eras . . . but a lingering shock to the system following combat has been a common thread that ties each generation to the next."

Nick would go fishing when he would run away from home, sometimes to a "secret" pool on a slow-running creek during trout season, and sometimes to the ocean where he would let the air out of the tires of his old GMC Suburban, drive onto a desolate stretch of beach and surf fish to his heart's content.

Like I said, I was one of the very few people who knew about Nick's experience.  I suppose that's because he respected me.  I  occasionally wrote about his favorite topic -- the weather, and Nick always had the Weather Channel on at home.  I would put up with his bullshit when he was in one of his moods, and I had known his first wife, who had confided to me that Nick would nightmare over accidentally killing a little Vietnamese girl.

Nick and I were sitting in our neighborhood bar one afternoon.  It was nearly deserted. Nick was especially melancholy and had little to say as he chain smoked Marlboro Lights and sipped on rum and Cokes in seven-ounce rocks glasses.

A creature of habit, Nick always drank Mount Gay rum and Coke in a seven-ounce rocks glass with a certain amount of ice.  He drove bartenders crazy over the ice and had to train newbies when they gave him too little ice or too much ice.  Nick had calculated how much ice it took to keep a drink cold but not dilute the rum before could finish it.

Nick always wore a starched and ironed Oxford cloth open-collar shirt, never a T-shirt, and dressed immaculately even as his teeth were falling out, a reflection I suppose of a need for order because of the utter disorder of his bloody tour on the .

I was drinking a beer, watching the smoke from Nick's cigarettes slowly ascend through shafts of sunlight toward the nicotine-stained ceiling while silently looking forward to a state-mandated indoor smoking ban that would soon take effect when he asked me if I had ever seen a dead person.

I explained that I had seen a few too many in the Army but many more as a longtime big-city newspaper reporter and editor.  Fire and murder victims, mob hits, a plane crash, that kind of stuff.

He then asked me if I had ever seen a dead child.

Once in my youth when a kid fell into a water-filled construction ditch and drowned and twice at fire scenes, I replied.

"But never a child with a sucking chest wound," he said, referring to the consequence of being hit with an M-16 rifle round that opens a massive hole in the chest and collapses the lungs.

Nick looked away from me.  When he turned back a single tear had formed in the corner of one eye. It rolled down his cheek and splattered on the bar.

When Nick died at age 58 in 2004, he was finally at peace.  He was buried with full military honors.

Posted by Shaun Mullen at 1:42 PM
Email ThisBlogThis!Share to TwitterShare to FacebookShare to Pinterest

Although I knew much of Nick's story, I never knew this particular detail. It explains much.

Thank you, Shaun. The story puts life into proper perspective. I shall miss Mary a great deal. She was a kind and gentle person.

Sorry to hear of Mary's passing. Your tale of Nick rings very true. I take no credit for his having sought and received his 100%, but I did encourage him more than a few times to go for it. Yep, that stupid war did eff him up more than a little.

Thank you Shaun. When will we ever learn?

Sad & moving saga. I don’t think I knew Nick, or if I did meet him, it’s lost among my ‘senior moments.’ But his story reminds of too many unfortunate others.

Thanks for the article and the insights. I never knew Nick more than through brief meetings during the 60-70's Newark music scene, but I certainly heard about his reputation as a "difficult" person to deal with. Your essay certainly shed light on his persona in a logical way. At least he was was able to share time with Mary.