Winning in Iraq One Can of Silly String At a Time 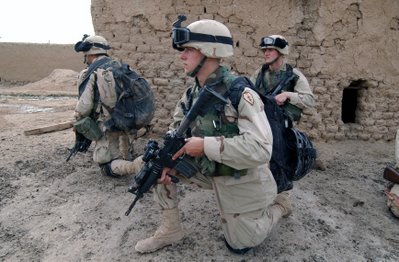 (Editor's Note: The following story is absolutely true.)
Necessity is the mother of invention, and so when troops in found that Silly String was an effective way to spot nearly invisible trip wires they asked their commanders to order up cases of the child’s toy.

No can do, they were told.

Not content with that answer, Army Specialist Todd Shriver, who is stationed in Ramadi, then asked his parents, Marcelle and Ronald Shriver of , a suburb of , to send him some of the stuff.

The Shrivers published their son's request in parish bulletins at two area churches, triggering (pardon the term) a run on Silly String in area dollar stores.

Silly String is considered a hazardous material, so shipping it requires following certain guidelines. The Shrivers are working on that.

The churches are accepting donations of Silly String and money for shipping.

Posted by Shaun Mullen at 8:21 AM
Email ThisBlogThis!Share to TwitterShare to FacebookShare to Pinterest