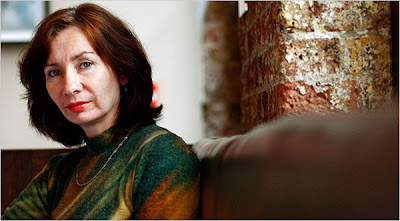 MORE HERE.
Photograph by Dylan Martinez/Reuters
Posted by Shaun Mullen at 12:18 AM
Email ThisBlogThis!Share to TwitterShare to FacebookShare to Pinterest

The world's civil society is witnessing how ruthless dictators deal with their critics. Ms Estemirova's murder is yet another chilling reminder of the perils faced by some journalists and Human Rights activists working in conflict zones around the world. By bringing hard hitting facts to the public arena they irrefutably place themselves in the sniper scope of their enemies. Tragically, this despicable crime against both Human Rights and Press Freedom is becoming an increasingly all too common occurrence across the globe. Nevertheless, many journalists remain undaunted in the face of such adversity and continue to run this gauntlet of reprisal in the pursuit of bringing crimes perpetrated against innocents to world attention.
The perpetrators of this grotesque act of murder against the world of human rights must be brought to justice. By allowing these murders to go unpunished is setting a dangerous precedent for other dictatorships to follow!