Russia Scandal Timeline: Proof Of Why It's The Greatest Crime In U.S. History 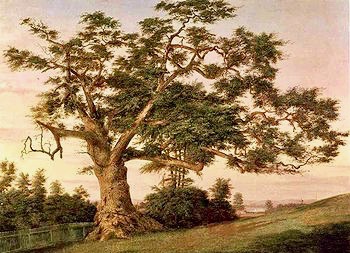 Way back in January 2017 when we had only bits and pieces of evidence, I began piecing together a timeline of the Russia scandal.

Event-by-event accounts can be enormously helpful in putting something as complex as the scandal into a larger context and in turn putting that larger context into an historical context, although I could not have imagined -- nor do I believe could have anyone else, including Maximum Bob Mueller -- how the scandal would grow into an enormous oak with many branches but no sweet little girls playing with their doggies under its looming boughs.

Two years on, the Kiko's House timeline has an astounding 1,200 or so entries based on over 100 sources.  (If printed out, which I have done for folks without Internet access, it is an ink cartridge-draining 100-plus pages.)

The timeline tells us a lot, not the least of which where we've been and where we're headed.

But it also tells us that:


The FBI launching a counterterrorism investigation after Trump fired FBI Director James Comey and the extraordinary lengths to which Trump has gone to keep the specifics of his five face-to-face encounters with Vladimir Putin secret are not merely the uproars of the moment, they take on a power that eclipses other events.

The reasons Trump has been vulnerable to Russia blackmail become obvious.  In the case of Michael Flynn lying about his discussions with Russian ambassador Sergey Kislyak regarding sanctions relief, Trump is more vulnerable than his short-lived national security adviser because he told Flynn to lie and the Russias were well aware of this.

Putin, for the most part, was not giving orders to the Trump campaign, and his success to a great extent rested on factors well outside his control, including not having been able to script so perfect, greedy and blackmailable a patsy as Trump to get the Republican nomination and then defeat a flawed Hillary Clinton.

Senate Majority Leader Mitch McConnell emerges as a villain of immense consequence -- even Benedict Arnold comparisons fall well short -- because of his refusal to sound the alarm when the extent of Russian election interference became known in 2016, protect Special Counsel Mueller and be a check on a rogue president.

While there has been little consistency in Trump's actions, there is a conspicuous exception -- his refusal to acknowledge that Russia interfered in the election or mobilize an effort to stop future interference while accepting Putin's protestations that the Russians did not interfere and rejecting the U.S. intelligence community's assessment that it did.

Once Mueller got up to speed, he not only came to know the many branches of the scandal oak in intimate detail, but as his prosecutors' 36 indictments have shown, he has worked from the smaller outlying branches toward the big branches and the trunk.  Paul Manafort, Michael Cohen and Flynn represent big branches while Trump, of course, is the trunk.

Trump's actions more than meet the test for impeachment, even including bribery since it would have been illegal for him to accept something of value -- dirt on Clinton in return for promises to lift sanctions  and the Kremlin cyberespionage of her campaign, for openers -- in exchange for help in getting elected.

Finally, my long-held view that the scandal is the most explosive since Soviet spies stole atomic bomb secrets over 70 years ago has been validated and then some.  And that a president of the United States has willingly worked as a Russian asset makes it the greatest crime in American history.  Bar none.

IMAGE: "The Charter Oak" by Charles De Wolf Brownell, 1857
Posted by Shaun Mullen at 2:50 PM
Email ThisBlogThis!Share to TwitterShare to FacebookShare to Pinterest

For fun I pasted your timeline into a Word document and did a word count; it's over 53,000 words. That's book-length and shows extraordinary commitment on your part, Shaun. I wonder if actually putting it into an Excel spreadsheet or similar database manager would offer any benefits. The key of course would be figuring out what fields or variables to code. I'm not saying I see a good reason to do that at this time, but it might give you flexibility down the road, depending on what you might want to do with the information.

Thank you, Brad. Definitely worth considering.