The Boss At The Stone Balloon: 'We're In The Presence Of Musical Greatness' 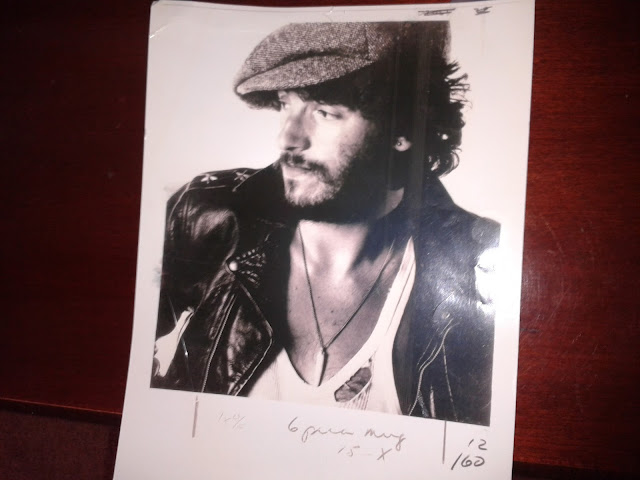 The summer of 1974 was a breakaway time for me, especially musically.  I was spending more time on a "hippie" farm in rural Chester County than my home in the sleepy college town of Newark, Delaware.  Back three years from living in the Far East, I was taking frequent leaves from my newspaper job to resume traveling, frequently to Grateful Dead concerts in faraway cities.  I was tripping many weekends, was deep into the jazz scene in Philadelphia and the folk scene at the Main Point in Bryn Mawr.

On a rare evening at home, I would walk a few blocks from my Wilbur Street rowhouse across the old B&O Railroad tracks and into a cemetery with a tombstone with the engraving "In Memory of Elizabeth Reed."  I would run my hand over the top of the tombstone, my way of thanking Duane Allman for all those great jams, before continuing on to Centre Street and down the short block past the old Post Office to the Stone Balloon on Main Street, where on a steamy August night that summer I saw a young phenom by the name of Bruce Springsteen for the first time.

There was a line down the street from the Balloon and around the corner to the lumber shed at Newark Farm & Home, where a few hundred fans without tickets ignored the pleas of police to get down before the roof gave in.  Inside, there was a lengthy wait between the opening act (whom I was just reminded was Mother, Flag & Country) and the E Street Band -- which was only a few days short of settling into its legendary, decades-long incarnation -- finally taking the stage, although my memories of that evening are blurry for the most part.  I believe they opened with "Spirit In the Night" and played an extended "Jungleland," among other songs, in a longish set crackling with a nearly overwhelming energy that more than made up for the wait, but what I do remember vividly is a brief snatch of conversation with Springsteen at show's end. ("Wow! You guys were incredible!" I offered.  He said something deep in reply like "Uh, thank you.")

And then I was tumbling down the front steps of the Balloon just as a thunderstorm broke, cooling off my sweat-soaked self in the downpour and exclaiming to friends that "We have just been in the presence of musical greatness." 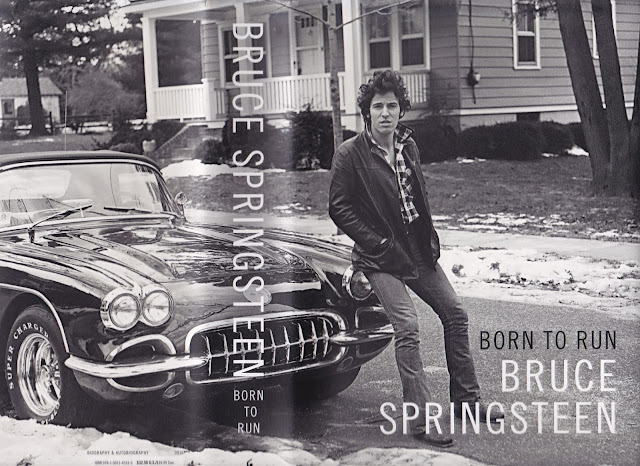 The Stone Balloon gig isn't mentioned in Born to Run, Springsteen's just-published autobiography. Other than a slightly sore bum from too much couch time while reading it, I came away with an even more profound appreciation of the greatness of a man and a band I was to see three more times -- two arena shows and a stadium show in the 1980s and 90s -- and then a rebroadcast on SiriusXM of Bruce and the E Street Band at the Meadowlands on August 30 that had blown me away after an hour.  And then kept blowing me away for three more hours.

The 500-plus pages of Born to Run (what else would he have called it?) are lovingly rendered. Informative. Passionate.  Mercifully hot air free.  Funny.  Immodest.  Painfully candid.  Insightful. Neurosis ridden.  Deep.  Self certain.  Oh, and The Boss can really write, even if it is in Jerseyspeak. His six-page-long description of how he wrote his first bona fide hit single -- "Born to Run" (it took six months) -- is worth the price of admission for veteran musicians and especially up and comers. And answers the question of how the hell you get from Freehold, New Jersey with a $69 Kent guitar to superstardom.  (Hint: It takes 50 years.  Talent.  And proving it all night.)

That long-ago August day has a special place in Bill Stevenson's big heart.  As in it changed his life.

Bill put on about 750 shows as the legendary owner of the Stone Balloon, and that day made the place.  ("Want to get the Pointer Sisters, Robert Palmer, Hall and Oates or Jane's Addiction to play the Balloon?" he recalls.  "Just tell 'em Bruce played here.")

I'd heard about Bruce and went up to see him at the Stone Pony [in Asbury Park].  We had to have him and put the big addition on -- the big stage, dance floor and bars on either side -- with him in mind.  It was finished just a few days earlier.

It was about 11 in the morning, hotter than hell, about 90 degrees with a chance of thunderstorms.  Bruce comes around the corner of the Balloon wearing a black leather jacket and ripped t-shirt.  Clarence [Clemons] is right behind him.  Jill [who years later was to become Mrs. Joe Biden; yes, that Joe Biden] and I drove them out to our place in Hockessin in our Ford Bronco so they could cool out.

They had just come off the road after opening for Chicago and said they had been treated like shit, so they were especially grateful for our hospitality.  Bruce drank tap water and Clarence Jim Beam or Scotch, I can't remember which.  They played albums on our stereo, I don't remember what.

We had agreed on $2,500 for the show, but I ended up giving them $2,900 because [keyboard player] David Sancious was fighting with the other band members, threatened to quit and insisted on $400 cash up front.

Bruce was supposed to come on at 9, but his amp fell off the back of the loading dock.  It wouldn't work!  There are about 1,100 people yelling and stomping their feet, about 200 over limit, and Bruce couldn't get his amp to work.  We were under big pressure.  It was nuts.

Finally Daryl [from Mother, Flag & Country] pops the fuse out of his amp and plugs it into Bruce's amp.  It works!. . .

Sancious made up with the band, and after the show they were all hugging and crying.  Five thousand people have told me they were there that night, but then there were a million at Woodstock, right?

The bigger Bruce got the bigger the Balloon got.

Getting bigger was going to have to wait a few years for Springsteen and the E Street Band, which at the Balloon included Sancious, Garry Tallent on bass and Vinny "Mad Dog" Lopez on drums in addition to Springsteen and Clemons.

In the end (and this already is running too long) I believe Bruce Springsteen has succeeded because we see our selves in him.  He is a musician who has shown us that humility and greatness can coexist.

Might want to double check your dates....not sure if its a juxtaposition or an error in memory, but June 14 & 15, 1973 were the last two nights Bruce would open for anyone...in this case, Chicago was the band and the venue was MSG, NYC - I was there 6/14....I had never heard of him and had listened to WNEW religiously, went out and bought Greetings the next day....and the rest as they say is history!

Shaun Mullen said...
This comment has been removed by the author.
6:29 AM

We will allow for faulty memories with the passage of time. Then there's that old "if You Remember the Seventies . . . " quote.

A bit of research coughs up only one Springsteen-Chicago date -- 6/3/73, over a year earlier -- and you are correct that he was no longer/seldom opening up for anyone.