On Sam Cooke's Anthemic 'A Change Is Gonna Come.' Has It Come? Will It Come? 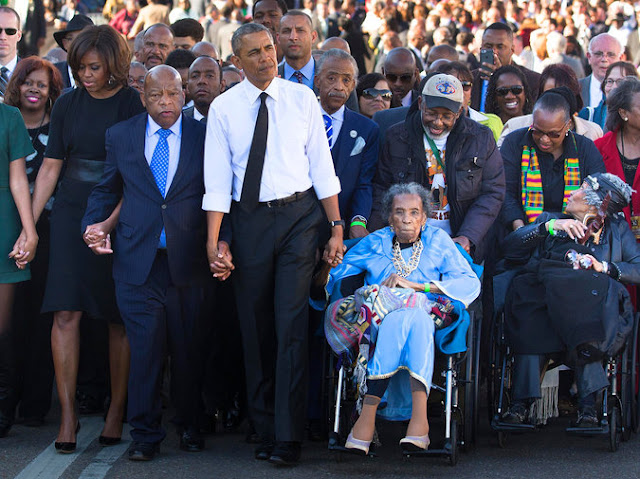 Sam Cooke's "A Change Is Gonna Come" is one of the greatest of American anthems.  Oft covered by other artists over the years, I heard the great soul man himself singing the unrivaled original 1964 version the other night on Marcus Miller's SiriusXM radio show.  The setting sun was pushing away the last of the clouds that had gifted us an unseasonably late snow, and I felt like I was hearing the song all over again for the first time.  It gave me goosebumps, and I got to wondering whether the change Cooke hoped was gonna come had indeed come although we live in an era where we seem incapable of change -- for the good.

The opening lyrics to the song are among the deepest, most beautiful and memorable in the canon:

It is a matter of conjecture as to whether Cooke wrote the song specifically with the civil rights movement in mind, but I always have considered it a movement anthem because of the lyrics

Then I go to my brother
And I say, "Brother, help me please,"
But he winds up knockin' me
Back down on my knees

which call to mind "Bloody Sunday," in which police gassed and beat civil rights marchers as they crossed the Edmund Pettus Bridge in Selma, Alabama on March 7, 1965.

As it was, Cooke had recorded "A Change Is Gonna Come" as the B-side of "Shake," a modest hit that was released a few days after he was shot to death on December 11, 1964 in a Los Angeles motel.  He was 33.

Cooke said he was moved to write the song after hearing Peter, Paul and Mary's cover of another Sixties anthem, Bob Dylan's "Blowin’ in the Wind," which certainly did address civil rights.  In any event, the songs could not be more different in several respects.  Ironically perhaps, Dylan evoked black spirituals in "Blowin’ in the Wind" while Cooke drew on Tin Pan Alley and "A Change Is Gonna Come" has been compared to "Old Man River" by Jerome Kern and Oscar Hammerstein.  And while Dylan's solo delivery was flat to the point of seeming apathy, Cooke's sweet delivery conveys a searching earnestness that is underpinned with lush strings.

I believe the change Cooke hoped was gonna come has come, which prompted me to decide to run the photo atop this post and not one from Bloody Sunday itself, let alone Ferguson, Missouri, although there has not been enough change.  After all, police still are beating on and murdering unarmed black men, only today the Chicago Police Department was confirmed as a bastion of racism.  Bigotry thrives as Republicans try to gut the very Voting Rights Act that grew out of Selma, and the Black Lives Matter movement struggles for relevance.

One pundit suggests that if Cooke were still alive, he might rename his anthem "The More Things Change."  That is a bit too cynical even for me, but it has the ring of truth -- as does the anthem itself.


CLICK HERE FOR A VIDEO OF COOKE SINGING "A CHANGE IS GONNA COME."

Yes! Enjoying this music featured at Kiko's House! It looks like its gonna be a Sam Cooke evening... Thanks for reminding us how great he was and for your sharing your focus on "A Change Is Gonna Come" in particular. I would have preferred an MLK photo to an Obomber one. Nonetheless, really enjoyed the ride back in time! You were born to blog!

Sam Cooke was among the greatest singers of the 1950s, early 1960s era. He began coming out of the gospel genre while in the singing group "The Soul Stirrers." All his ballads were heart felt, and his life and career ended tragically and far two soon.