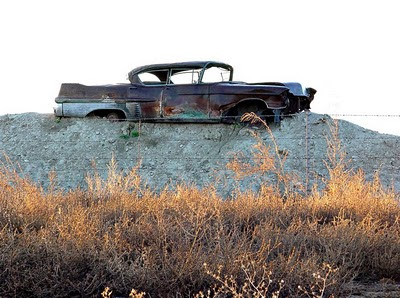 I know a lot of people who feel you do and are very angry that we let the country get into a position where these folks are very powerful.

Some days, as I consider the looting of America, I’m glad I’m old and won’t be around that much longer.

While I'm with you on virtually all of your litany of despair, and have frequently said even during the Bush years that any right-thinking prez following on would need close to eight years just to undo the damage, I'm just as convinced that a chunk of our present predicament is due to progressives' rest break/victory lap following passage of Obamacare.

That allowed the summer of the Tea Party, which liberals took to be an aberrant rabble that no one would heed, and then the off-year 2010 election that Dems seemed to sleep through while that "rabble" turned out in force.. If the Dem ranks don't internalize the lesson of 2010 and show up strong in 2014, nothing much will change. And even if they do show up, it's difficult to assess the impact of the state legislative GOP-engineered gerrymandering of districts across the land, and how to rectify the imbalances that has created short of a new Census.

But being practically Polyanna incarnate, I have hope for the upcoming generations -- with their eyes wide open on equal rights, immigration, same sex marriage and other progressive touchstones, as well as facing the prospect of dealing with mom & pop's massive medical drain on the economy -- stepping up to confront what the current Neanderthals and the spineless will not/cannot. Given how the preponderance of the youth vote goes now, and the fact that they're turning out more than the pundits were predicting in recent hustings, I'm hoping I'm not too presumptuous or optimistic.

I agree with the general take. I live in Washington, DC, and most people I talk to here who have remained very well-employed through this recession/depression cannot fathom at all anything you write about. In fact, when I have mentioned any of these things, they generally take it very negatively--as in, how dare I say such things! It's a personal affront to them. That said, I always believe in hope for the future. I also think the depth of faith one needs in the face of a potentially troubling future is perhaps greatest in those who not merely believe the worst will indeed come to pass, but also do their best to alleviate it in the here and now. In the meantime, I think we need a dedicated media to expose how the vast majority of Americans live--to other Americans who may resist the expose. The ugly truth is never a personal affront--and until we see it, we cannot change anything for the better.

More food for thought. Much more:

I find a bright spot in the concept that we are living through a "Guttenberg moment." That the Internet has created a vast and seismic shift in culture, much as moveable type did.

Just as rapacious and sociopathic elements have gripped societal pillars as network television, think tanks, and religion, these very elements are weakened not only by corruption, but by the lessened respect they deserve, and are given.

If we must remake society, it is actually efficient to tear down what once made it great, and now drags it down. Whole new structures are rising. I put my faith in them.

I find the societal powers of the Internet to be vastly overrated, but we'll have to see . . .

A friendly piece of advice: Before you put your faith in anything, stop, look and listen.