Yo Republicans, It's Called A God Job 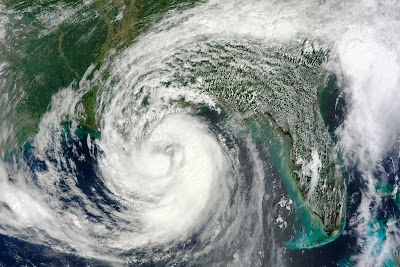 How are Republicans going to explain that while their party out-Gods the Democrats by a country mile, Hurricane Isaac already has disrupted their national convention in Tampa?  And is almost certain to hit New Orleans?

Moving beyond the fact that the Republican rocket scientists who chose the Florida city apparently were unaware that late August is the apex of hurricane season in the Gulf of Illegal Immigrants -- hey, remember Katrina in 2005 guys? -- George Bush sure hasn't forgotten and I am not alone in thinking that his meh reaction to that enormous disaster was the turning point of his presidency.


Projections now have Isaac missing Florida and slamming into . . . New Orleans and the other population centers devastated first by Katrina and then by Bush administration nglect.  Were it not for the potential for destruction, death and misery, I would suggest that Isaac is well deserved for Republicans and especially Mitt Romney's running mate, Paul Ryan, who has ferociously opposed funding most disaster aid.

As it is, the convention will not be the choreographed love feast that Romney's handlers wanted.
First Todd Aiken didn't get the memo requesting that knuckle draggers like himself suspend the War on Women rhetoric until after the convention, while vocal Akin supporter Mike Huckabee -- who says that he "does not fully support Romney" -- will give a prime time speech.  Meanwhile, Ron Paul supporters threatened to upset the entire Republican apple cart and with it the illusion of unity.

Posted by Shaun Mullen at 9:28 AM
Email ThisBlogThis!Share to TwitterShare to FacebookShare to Pinterest

If anything, the hurricane helped. The convention was so ridiculous, it couldn't have helped them anyway. What a joke!