Not Your Ordinary Memorial Day Poem, But Then This Holiday Is Different 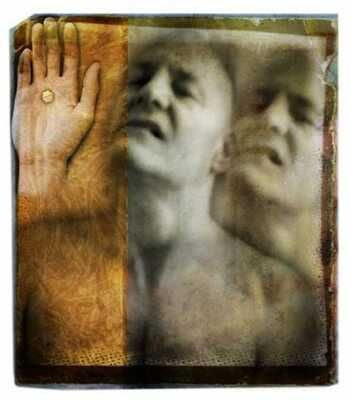 I have seen over 40 Memorial Days come and go since I was discharged from the Army.  Barely at that, because I had a one-day growth of beard and a lifer wasn't going to allow this lowly sergeant to board a Freedom Bird until I shaved.  Having grown a pair while serving our country, I stared him down, he relented, and I flew home.  Except for regular trims, I have not shaved since.

Anyhow, this Memorial Day feels different.  There is the Veterans Administration scandal, of course (and what a relief it is to finally have a genuine scandal on President Obama's watch, even if its roots are George W. Bush's fool's errand in Iraq), I am recovering from two invasive surgeries (the worst thing having happened to me in the Army being a busted-up knee while breaking up a bar fight), and I have been thinking a lot about my dear, departed friend Nick.
And the following poem . . .

WAIL OF A BEATEN WOMAN
By Smith Dawless

Emibttered, frustrated, he cannot relieve
His desperate nervous condition
Unless he is staging an amateur bout
With me on the floor of our kitchen.

The eminent experts explain that I must
Be patient and most understanding,
Regardless of where my anatomy's hit
Or how I get battered in landing.

So beat me, dear daddy, sixteen to the bar,
My floating ribs part from their mooring
Oh, cave in my clavicle, shatter my shin,
Assured that my love is enduring.

At least, until I can rise from the floor
And get from the cabinet shelf
A rolling pin, darling, to knock you out cold.
I've a few inhibitions myself!

On a more positive note, there is this story and video about a U.S. Marine being reunited with Thor, his bomb-sniffing dog, four years after they served together in Afghanistan.  Dogs don't ever forget.  Ever.