A Musing On Death: 'We Were Born Before The Wind, Also Younger Than The Sun, Ere The Bonnie Boat Was Won As We Sailed Into The Mystic' 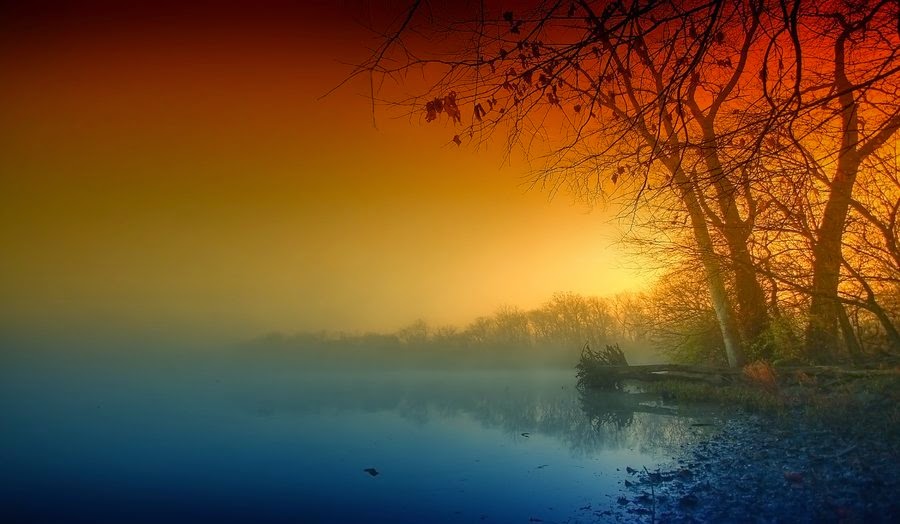 So there you are in your 68th year floating merrily down the stream, needing to reach for the paddle only occasionally, while filling bird feeders and trying to stay on your feet in the winter and weeding vegetables and working on your tan in the summer, making sure the dogs and cats get plenty of head scratches and your true love fresh cut flowers no matter the season, keeping your hand in the writing game with a blog post here and a book there, when the phone rings.

Redz is -- or rather was -- Charles Ireland, a friend of many years who befitting his name died on St. Patrick's Day.  In bed, not dancing a jig with a pint of Guinness on a bar.  The date part later turns out to be untrue, but like other untruths, as well as DC-3 load of true truths, will forever be a part of Redz Lore, joining the stories of how this master mechanic could fix anything, ranging from rotary lawn mowers to propeller aircraft, was a great chef and even greater talker, and early on became an expert cultivator of the ingredient in "left-handed cigarettes," as they were obliquely referred to in testimonials at his memorial service.

Rick is -- or rather was -- Richard Chamberlain, an acquaintance of several years who died peacefully in his Barcalounger surrounded by family and friends after an illness that had not deterred him from working until the day before he passed away.  For Rick, working was a perpetual-motion blur.  He was a world-class jazz trombonist, gave music lessons, led a big band orchestra, and quietly made philanthropic gestures to the less fortunate known only to the recipients, although his illness had prevented him from taking his chair as principal trombonist for the New York City Ballet Orchestra for the first time in many years for the ballet's annual holiday production of the The Nutcracker at Lincoln Center.

John is -- or rather was -- John Taylor, a dear friend and mentor early in my newspaper career who died after a long illness not unrelated to the Camel cigarettes that typically dangled from a corner of his mouth, sunglasses perched atop his sandy red hair, while he held a phone in one hand and scribbled notes in a reporter's notebook with the other that only a doctor could decipher.   He loved the news business, was scrupulously honest and extraordinarily insightful, as well as deeply knowledgeable about public education, which is to say its manifold dysfunctions and chronic lack of adequate funding.  Someone needs to name a school somewhere in his honor.

Stan is -- or rather was --Stan Hochman.  Stan was not merely a sportswriter for 55 years, as well as an ink-stained fellow traveler of mine for a goodly number of those years, but one of the handful of sportswriters in the era before the pronoun "I" invaded sports columns like swarms of locusts.  He was a rock-solid journalist and not just a clubhouse mooch, and "a homework guy," as a fellow colleague put it, who carried manila folders in his bulging briefcase with notes and yellowed clippings on just about everybody he might want to interview after the big game.  He also was a great ballroom dancer, but his favorite move was the circle back -- saving his best question until all the other reporters had left.


* * * * *
If I could have only one song with me on a desert island, it would be "Into the Mystic" by Northern Irish singer-songwriter Van Morrison.  It has been a steady companion since I bought Morrison's great Moondance album at a record story on the Ginza in Tokyo in 1970.  A snippet of the lyric:

Hark, now hear the sailors cry
Smell the sea and feel the sky
Let your soul and spirit fly
Into the mystic

Too late to stop now

"Into the Mystic" -- the words and melody ethereally flowing together as one -- is about a spiritual quest.  (I know that’s true because Wikipedia told me so.)  But over the years the song has become much more -- an affirmation of life for me, and I would like to think for my generation, should we choose to embrace its sentiments, as well as an anthem of lives lived as we float down that stream, merrily or otherwise, after leaving this mortal coil.

I suppose we all grieve in our own ways; my way happens to involve more smiles than tears.  Redz, Rick, John and Stan lived extraordinarily full lives.  They were not merely good at what they did, they were the best.  I am honored that our paths intersected, and am a better person because they did.  I have felt their spirits when listening to "Into the Mystic” since I got that first call, then the second, third and fourth calls, over the last three weeks.  The foghorn has blown for them and they will be coming home.

It is indeed too late to stop now.

"INTO THE MYSTIC" PHOTOGRAPH © GEORGE SAAD, USED WITH PERMISSION
Posted by Shaun Mullen at 12:00 AM
Email ThisBlogThis!Share to TwitterShare to FacebookShare to Pinterest

I'm sorry you have been hit so hard lately, Shaun, but I do love your attitude. Thank you for sharing it in your always elegant way.

What a moving piece. And, yes, I get it. We get the calls now, and we either become immobilized by them or conclude we all have a reason for being here both for others and for ourselves.

Thank you for sharing something so personal as this with us - Losing someone to death is really not the same as when they are moving away to a different state or neighbourhood. I'm sorry for all of your losses but am glad that you are at peace with it.

Just wanted to say, I read this a while ago....and was moved.
Today I saw a post about Into the Mystic, and just won't see it the same again. Thank you.

Sorry for your other losses.
It was a tough year for friends.