The Outsider From Illinois: A Skimpier Resume It Would Be Hard To Find 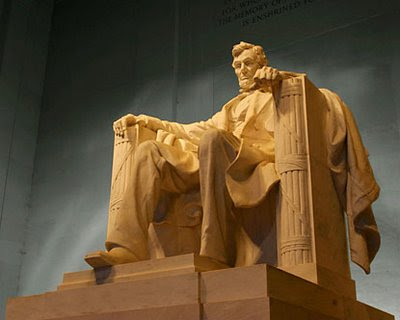 In an unhappy coincidence, David Herbert Donald, the preeminent Lincoln scholar, passed away on May 17 at age 88. Donald was the author of Lincoln, which we have been excerpting each Sunday during the bicentennial year of the great man.

The New York Times has republished an op-ed column that Donald wrote in 1996 titled "The Outsider From Illinois." Here it is in its entirety:

In Presidential elections, a candidate's lack of experience is sometimes sold as an asset. Campaign managers have promoted Wendell Willkie, Ross Perot and Steve Forbes as candidates who have strength and doctrinal purity just because they have never held elective office. Veteran politicians like Lamar Alexander scuttle to hide their years in Washington, while Bob Dole suffers because he has had too much experience and has been too long in the public eye.

There is nothing new about this search for the ideal outsider candidate. In 1860, the new Republican Party passed over its most conspicuous and experienced leader, Senator William H. Seward of New York, largely because he had a long record of public service, during which he inevitably made enemies. The Governor of Ohio, Salmon P. Chase, suffered a similar fate. Instead, the delegates at the Chicago convention turned to Abraham Lincoln, who was little known outside of Illinois.

Indeed, it is hard to imagine a candidate for the Presidency who had a skimpier resume: four terms in the Illinois Legislature, one fairly disappointing term in the House of Representatives and two unsuccessful attempts to win election to the United States Senate. 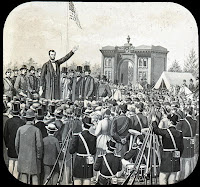 He had never been a Cabinet member, a governor or even mayor of his hometown of Springfield, Ill. He had no administrative experience. The largest organization he ever headed was his law firm, which consisted of himself, his partner, William H. Herndon, and from time to time one or two law students who served as clerks.

His circle of acquaintances was limited. He had not been in Washington for more than a decade, and he was not personally acquainted with many of the country's principal political leaders. He had never been abroad and knew no foreign languages.

He had traveled a good deal through the Middle West and had made some political speeches in New York and New England, but his knowledge of the South derived from flatboat trips he had made down the Mississippi as a young man and from occasional visits to Kentucky.

His education, he admitted, was "imperfect." The total 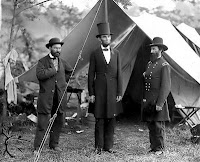 time he spent in elementary schools in Kentucky and Indiana was less then one year. Though he studied Blackstone's Commentaries and other books on the law sufficiently enough to be admitted to the bar, he never became a great reader.

He had an extraordinarily detailed mastery of Shakespeare's major plays and he knew the Bible thoroughly -- but he never finished a novel, and he had no acquaintance with major writers of the American Renaissance like Nathaniel Hawthorne and Herman Melville. In history and biography, he had read little, and, despite his law partner's repeated efforts, he developed no interest in sociology or philosophy.

He was, as he candidly admitted just before his inauguration, "the humblest of all individuals that have ever been elected to the Presidency," a man "without a name, perhaps without a reason why I should have a name."

The first months of the Lincoln Administration demonstrated the costs of inexperience. After his election, when the states of the Deep South began to secede, Lincoln at first dismissed the crisis as "artificial" and insisted that "nothing [is] going wrong." But by the time he reached Washington in February 1861, the Confederates had already set up a government in Montgomery, Ala., and installed Jefferson Davis as President. President Lincoln was forced to decide whether to withdraw troops from Fort Sumter in South Carolina.

In making his choice, President Lincoln had no trusted advisers or staff on whom he could depend. He wanted to rely on his Cabinet because he cherished the belief of the Whig Party (to which he had belonged for so many years) that the President should play the role of chairman of the board. But the Cabinet was divided and indecisive.

reinforcing Sumter. Treasury Secretary Chase came up with the unhelpful recommendation that Fort Sumter should be reinforced if it could be done peacefully but that the Federal troops should be withdrawn if reinforcing them would precipitate a war.

Thrown back on his own resources, the President tried a compromise: He would resupply, though not reinforce, Fort Sumter, after giving the Confederates notice of his decision. And the war came.

Once hostilities began, inexperience in military matters further handicapped President Lincoln. His only military service had been in the Black Hawk War of 1834, in which he saw no action but, as he said later, fought "a good many bloody struggles with the musquetoes."

He turned, quite naturally, to military experts, not realizing that no one in America had any experience directing a huge army. Initially, he listened to Gen. Winfield Scott, the hero of the Mexican War, but General Scott was infirm and old -- older than the national Capitol. 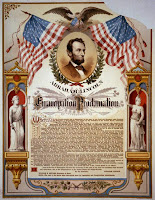 For a time, the President sought strategic advice from George B. McClellan, the handsome and dynamic general who proved to be a superb administrator but a poor strategist because of his reluctance to advance his troops into battle. "He is an admirable engineer," President Lincoln remarked. "But he seems to have a special talent for a stationary engine."

Not knowing where else to turn, the President yielded to the expert and accepted McClellan's plan to attack Richmond from the east, on the peninsula between the York and James Rivers. He was not surprised when the general failed.

By the summer of 1862, the President felt sufficiently experienced to set his own policies. Faced with rising antislavery sentiment in the North and with probable European intervention in the war, he abandoned his inaugural pledge not to interfere with slavery and issued his preliminary Emancipation Proclamation.

At the same time, he began shuffling generals in the East. John Pope, Ambrose P. Burnside, Joseph Hooker and George G. Meade all had their chance to defeat the Confederates. President Lincoln was looking for a commander who understood what 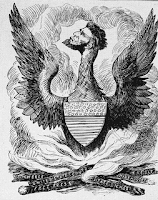 his own good common sense taught him: that the objective of the Union armies was not to seize Richmond or Southern territory but to destroy the Confederate armies.

In the West, despite all criticism, President Lincoln clung to Ulysses S. Grant, because General Grant had already mastered that lesson. The President hardly consulted his Cabinet when making these major policy decisions. No longer deferential, he reminded his secretaries: "I must do the best I can, and bear the responsibility of taking the course which I feel I ought to take."

After more than 12 months in office, Abraham Lincoln had come to realize the awesome authority of the Presidency. There would continue to be major difficulties in his path; ahead lay some of the heaviest fighting of the Civil War and formidable challenges to his leadership within the Republican Party and in the nation. But in these subsequent trials, Lincoln showed that he had learned that the Presidency is a position of both moral and political leadership. Thereafter, he forcefully used his office to promote his basic aims: the preservation of the Union and the emancipation of the

Would someone else, with more experience in government, have done better?

It is impossible to be sure. Certainly not James Buchanan, President Lincoln's predecessor, who had many years of conspicuous experience in both the legislative and executive branches of government. Stephen A. Douglas, with his years of experience in Congress, might have been more effective, but he died early in the war. William Seward showed a distressing willingness to bargain away the integrity of the Union, while Salmon Chase's inflexibility would have driven the Border States to join the Confederacy.

So if there is a lesson, it is that an inexperienced Chief Executive can cause the country immense heartbreak, but that with time and good common sense even an inexperienced leader who has sound principles can grow into greatness.