It Was Another Big Week For Putin's Useful Idiot. 'Fox & Friends' Sure Thought So. 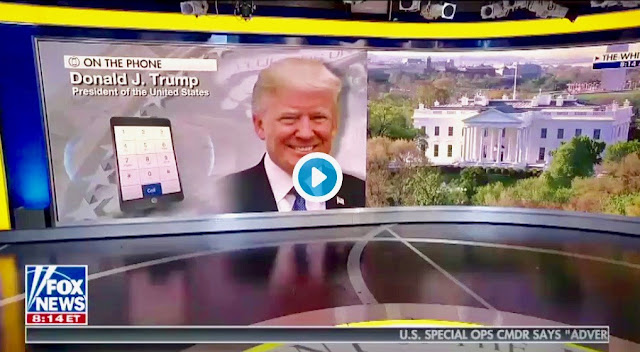 And so the curtain crashes down on another frighteningly bizarre week in the improbable presidency of Vladimir Putin's "useful idiot," which is a Russian term for an unwitting collaborator.

Donald Trump is a useful idiot because of how hard he is working to undermine American democratic institutions in service of knocking the U.S. from its perch and returning Russia to the Soviet Union's Cold War glory.  In the week almost passed the man will the small hands and peculiar hair and his clown car wrecking crew undermined like crazy.

Yes, Trump's nomination of the government vehicle-totaling, pill pushing Ronny "Doctor Feelgood" Jackson to ruin . . . er, run the Veterans Administration crashed and burned and Environmental hitman and high flyer Scott Pruitt unconvincingly blamed everyone but himself in a star turn before two congressional committees in explaining where are nearly a dozen ethics investigation targeting the EPA and himself.

Trump took a pass on Pruitt, but blamed "those Democrats" for Jackson's substance abuse problems, which included handing out opioids like they were Skittles to the president's staff, and who knows, maybe . . .

No matter.  Beyond setbacks for two creeps whom Trump has repeatedly called his "best people," he continued his attacks on the intelligence community and Justice Department with nary a whimper from a congressional sycophancy that claims to be Republican yet hardly resembles the Republicans of yore who were all for law and order and all against Moscow.

Attorney General Jeff Sessions, whom Trump calls "Mr. Magoo" when not calling him worse or threatening to fire him, said maybe he wasn't recusing himself from the federal investigation into Michael Cohen, who himself was unceremoniously demoted from Trump's longtime fixer to coffee boy as the week ground on.

Besides which, the affair never happened.

But in what arguably was the week's show stopper, Trump rang up his comrades Steve Doocy, Ainsley Earhardt and Brian Kilmeade at Fox and Friends to peddle his latest round of falsehoods and pretty much seal the case that he's completely out of his mind.

In what Esquire's Charles Pierce charitably called an "episode," Trump threatened to bring the Justice Department under his personal control, ranted about the rank dishonesty of the news media, seemed to endorse the popular vote over the Electoral College, whined yet again about Hillary Clinton, and explained that Abraham Lincoln had been a Republican, which "people don't realize." 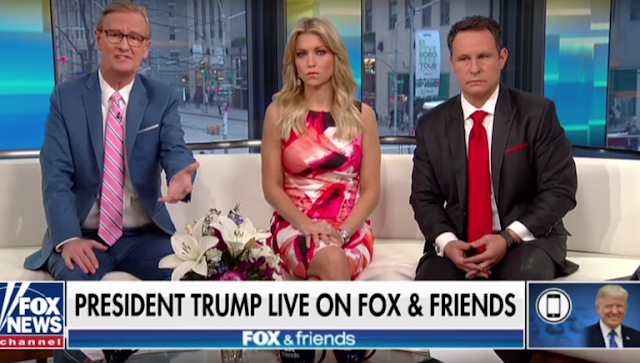 And that was just for openers.

In a comment that had to have lawyerly heads exploding all over the drapes in the West Wing, Trump said that although he is currently choosing not to interfere in the investigation into Russian interference on his behalf in the 2016 election, he may change his mind and get involved although Russia never did that bad stuff.

The bad stuff that never happened nevertheless has become a "witch hunt" being carried out by Mr. Magoo's Justice Department in the person of Special Prosecutor Robert Mueller, whom he also has threatened to fire, with a rear guard action by former FBI Director James Comey, whom he did fire and whose recently published A Higher Loyalty, a memwow of his interactions with the president, already has sold a million copies.

"Because of the fact [the investigation] is going on, and I think you will understand this, I have decided I won't be involved," he told Fox and Friends before prattling on that "I may change my mind at some point.  Because what's going on is a disgrace."

Oh, and besides bringing up the Moscow Pee Tapes for the umpteenth time, as he repeatedly did unsolicited with Comey while finally admitting he did overnight in Moscow in 2013, he also -- cue more lawyerly heads exploding on drapes -- effectively undermined the notion that his communications with Cohen are protected by executive privilege, so the FBI he loves to hate can presumably have at it.

That is absolutely true if you overlook the copiously documented fact that Cohen was the key intermediary between the Trump Organization and a dazzling roster of money launderers and other creeps, many of them not coincidentally Russians, for over a decade.

While Trump was waxing on about what a hale fellow Cohen is, Earhardt veered off script and inconveniently asked, "Then why is he pleading the Fifth?" rather than expose himself to being deposed in Stormy's lawsuit against him.

"Because he’s got other things," Trump replied.

When Kilmead pointed out that Cohen happens to be Trump's attorney and asked how much of his legal work Cohen handles, he replied:

"As a percentage of my overall legal work, a tiny, tiny little fraction.  But Michael would represent me and represent me on some things.  He represents me like with this crazy Stormy Daniels deal, he represented me, and you know, from what I see, he did absolutely nothing wrong . . . I'm not involved."

Underscoring Trump's non pareil ability to get himself in trouble, federal prosecutors in Manhattan filed court documents less than two hours later citing Trump's "tiny little fraction" remark to bolster their claim that most of the documents seized from Cohen in FBI raids are not privileged.

Heck, let's give the poor guy the benefit of the doubt.

It was Melania's birthday, no less, but Trump seems to have forgotten to give the Big White Hat anything beyond a card, explaining to the Fox gang that he had gotten "in trouble" since "maybe I didn't get her so much."

Kilmead appeared to be cutting Trump off, pointing out, "We could talk all day, but looks like you have a million things to do."  (For the record, Trump had a typically light schedule with only one event listed for the day.)

The impression lingers that the shellshocked Fox crew, sensing that "Donald From D.C." was digging a pretty big hole for himself, was anxious to return to "normal" programming.

After all, the president of the United States was having a tough week.  Maybe Dr. Jackson's meds were wearing off even if it was only 8:45 in the morning.  As Doocy opined after Trump rang off, "You know, I think he was awake. He had a lot to say!"

Posted by Shaun Mullen at 6:36 PM
Email ThisBlogThis!Share to TwitterShare to FacebookShare to Pinterest

The Golden State Killer was caught. Cosby got his long overdue conviction. Good things happen in threes, right? What other longtime scumbag criminal might get a comeuppance?