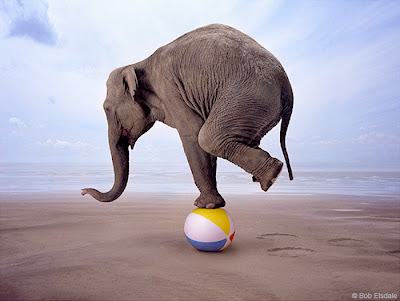 It will require this kind of balancing act for
the Republicans to retake the White House
Shortly after midnight exactly one year from this Sunday the first voters will go to the polls in two tiny New Hampshire towns to vote in a presidential election that will be singularly significant in defining the course of American politics in the years to come. Before the sun sets in Hawaii on November 6, 2012, 130 million or so people will have voted on whether to give Barack Obama a second term or return to the White House -- and possibly the Senate, as well -- to the Republican Party.

A year ago, Obama's chances of re-election seemed iffy. In returning control of the House to the GOP in the mid-term elections, voters rode a wave of Tea Party rancor and sent a message to Washington: They were frustrated and angry over how big government was messing with their lives, and with voters in general becoming more conservative, Republicans smacked their lips over a potentially big pick-up for their party and its alarmingly shrinking base.

It was a seminal moment for a party that not surprisingly had received a drubbing in 2008 following the eight dark years of the Bush-Cheney interregnum. The only surprise was that the next occupant of the Oval Office would be a young African-American upstart from Illinois who not unlike the Tea Party seized both the moment and the imagination of many voters.

With the economy still in the crapper and unemployment hovering around 14 million because of the lingering effects of the Great Recession, Obama's chances of being re-elected would seem even dimmer than a year ago, yet the Republican Party has made four tactical decisions that virtually guarantee Obama will be a two-term president.

* It saw its 2010 victories as a mandate, but it was no such thing. Voters were angry with Washington -- that is, Republicans as well as Democrats. It's just that an inordinate number of Democratic congressfolk got caught in the cross hairs.

* Building on this non existent mandate, it decided not to boldly legislate and govern and instead set out on a course of obstructionism of historic proportions with the sole goal of defeating Obama at any cost. Yes, even if it meant driving the economy further into the ground.

* A subset of this obstructionism has been a fawning obeisance to Wall Street and the wealthy and an undisguised contempt for the middle class, the poor, the elderly and the infirm at a time when the Occupy Wall Street protests are drowning out Tea Party caterwauling.

* It willingly allowed itself to be wooed and then taken to bed by a conservative wingnuttery that has drowned out more moderate voices. Donald Trump, Newt Gingrich, Michele Bachmann, Rick Perry and now Herman Cain have dominated what has passed for discourse, and the war of words over allegations that Cain made unwanted advances toward women in the 1990s (which appear likely to be true) has now spread to the Perry and Romney campaigns, both of which have been accused of leaking the story to Politico. 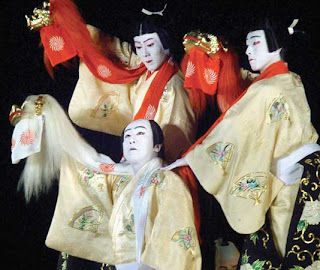 Long story short, having been wooed and bedded, the Republicans seem to be well on their way to being screwed, squandering an historic opportunity by performing some sort of demented Kabuki theater instead of showing that they're capable of taking back the keys to the national car.

A taste of what they will face next year was on display recently at town hall meeting in Kenosha, Wisconsin when Representative Paul Ryan was roundly booed after one of his constituents explained that he could not survive if Ryan's deficit reduction policy proposals were enacted.

David Drath, a 53-year-old kidney transplant patient who relies on support from Medicare and Social Security, faced down Ryan and said, "I could not survive on the proposals in your policy. If they're put in place, you might as well put a gun to my head."

Ryan countered that a pre-existing condition like Drath's would be covered under his plan, but he did not acknowledge an important qualifier: Drath would pay considerably more. This is because Ryan's plan represents a huge transfer of funds from the have nots to the haves in the form of substantially lower taxes for the 1 percenters who are the targets of Occupy Wall Street protester wrath. Yet Republicans as a group are willfully blind to what is happening on that other street -- Main Street.

Ryan is a GOP darling, a Person To Be Taken Very Seriously who is occasionally mentioned as a go-to guy if the 2012 national convention deadlocks over a nominee. This despite the fact that his deficit reduction plan -- a blueprint for rewarding the rich and screwing David Drath and everyone else while removing all controls on Wall Street and other financial markets -- died in its crib earlier this year when voter focus groups told GOP consultants that it was a recipe for electoral disaster.

Party leaders nodded solemnly and then went back to business as usual. 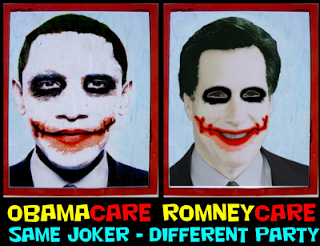 At this juncture, the Republicans' best chance of beating Obama is Willard Mitt Romney, but even this one-time moderate has succumbed to the siren call of the party's hard right-wing base.

While not particularly likable, Romney has loads of executive and government experience, raises tons of money, has a strong religious background, good looks, hasn't claimed that he invented the Internet, and is scandal free if you don't mind that he put his family's Irish Setter in a car carrier on the roof of a station wagon before setting out on a family vacation.

The problem for the former governor of Massachusetts, among the most liberal of states, is that many conservatives have long memories. They simply do not trust Romney, whose Bay State health-care reform plan was a model for ObamaCare. They believe that having tacked to the right, he would tack back to the center if he was the nominee. Which of course is what anyone who wants to beat Obama would have to do.

Romney's Mormon faith (a bogus issue if there ever was one) and notorious flip-flopping aside, he simply may not be conservative enough even though the rest of the wannabe field -- Jon Huntsman being the conspicuous exception -- range from loons to mediocrities. In fact, he is a pariah to some Republicans and even Homer Simpson knows Romney cannot get the nomination without conservative support.

Other candidates who had shots at unseating an incumbent president in this time frame were John Edwards and John Kerry in 2004, Bob Dole in 1996, Gary Hart and Walter Mondale in 1984, and Hubert Humphrey in 1972, and all were personifications of the mainstreams of their parties in those years. The Republican Party, having chosen the Rent-a-Center route (gotta have that big-screen TV for the Super Bowl party) rather than careful consensus and coalition building that would enhance the chances of if not guarantee future electoral success, now figuratively finds itself like an elephant trying to balance itself on a beach ball with one foot.

Of all the ironies packed into this parlous if predictable state of affairs, none is larger than the fact that Ronald Reagan, hailed by virtually all Republicans today as the Great Conservative Father, wouldn't stand a snowball's chance in hell of getting the 2012 nomination.

Reagan believed in science, supported environmental initiatives and was reasonably good at budget math. He understood that debt ceilings sometimes have to be raised and did so. He nominated a moderate, Sandra Day O'Connor, to the Supreme Court, who went on to provide the key vote in finding a strict Pennsylvania anti-abortion law to be unconstitutional. He gave the Religious Right some of what it wanted but by no means all it wanted. And he raised taxes 11 times while in office, including the largest tax corporate tax hike in American history when he determined that trickle-down economics (a discredited concept recently rebadged as "income mobility" by a leading Republican fiscal light), would be disastrous for the economy.

The Gipper was nothing if not a pragmatist, something sorely lacking in today's Republican Party. Its collective tone deafness prevents it from understanding that a new populist tide epitomized by anger against Wall Street, as opposed to anger against Washington, is rising as the old tide runs out. And that is likely to spell defeat on November 6, 2012.

"...hasn't claimed that he invented the Internet..."

Who did claim he invented the Internet?

No, Gore did NOT claim he invented the internet.

No. Al Gore did not say he invented the Internet. He did say: "During my service in the United States Congress, I took the initiative in creating the Internet." So he, along with Newt Gingrich, were co-sponsors of the legislation that provided funding to create the initial Internet.

Here it is, a disastrous Bush administration later, and people still cling to that myth.