The Trent Affair: How The Civil War Almost Became An International Conflict 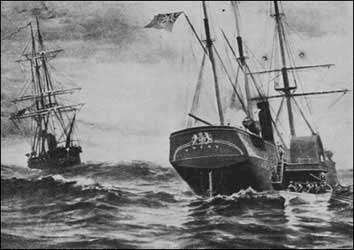 In 1861, Abraham Lincoln had little to do with foreign affairs. He had no knowledge of diplomacy, did not correspond with anyone aboard and was entirely

focused on the Civil War. This myopia was to exacerbate a crisis early in his presidency that could have transformed the war into an international conflict.

The scope of Lincoln's counterpart, Confederate President Jefferson Davis, was considerably wider and he believed from the outset of the war that the dependence of Europe on Southern cotton for its textile industry would lead to diplomatic recognition and even intervention. The Union's focus was just the opposite -- to prevent any British recognition of the South that might encourage France and other nations to follow suit.

The seeds of the crisis were sown in October 1861 when James M. Mason of Virginia and John Slidell of Louisiana, who had been named ministers plenipotentiary to represent the Confederacy in Great Britain and France, escaped through the Union naval blockade to Cuba.

There they boarded the British mail packet RMS Trent. Without orders from Washington, Captain Charles Wilkes, who commanded the USS San Jacinto, stopped and searched the vessel on November 8 and removed the Confederate envoys, who eventually were incarcerated in Fort Warren in Boston harbor, a prison for captured Confederates.

Overwhelming jubilation greeted Wilkes' bravado in the North, but abroad it was viewed as a blatant violation of international law and an insult to the British flag.

Lincoln had no advance knowledge of Wilkes' act and preoccupied with other matters, did not recognize the seriousness of the Trent crisis until Charles Sumner returned to Washington in late November.

Secretary of State William Seward when it came to such matters. Seward corresponded regularly with John Bright and Richard Cobden, the great British Liberal leaders, and brought the president news of an immense outpouring of anti-American fervor in Great Britain because of the Trent incident.

"There will be no war unless England is bent upon having one," the president assured the senator. Upset that European governments misunderstood "the pacific temper" of his foreign policy, he offered to ignore bureaucratic protocol and talk face-to-face with Lord Lyons, the British minister in Washington, but Seward and others warned that this was no time for arbitration.

There had been continuous improvement in Anglo-American relations throughout the 1850s.

Even before the Civil War, British Prime Minister Lord Palmerston had urged a policy of neutrality. Britain had long insisted that neutral nations abide by

its blockades, and when the war began it tacitly supported the Union blockade of Southern ports. Palmerston's concerns were focused in Europe where Napoleon III was bent on expanding the French empire and Otto von Bismarck was on the rise in Germany.

* * * * *
The mission of Mason and Slidell was an open secret and the Union received regular intelligence on their movements.

By October 1, the diplomats were in Charleston where they planned to board the fast steamer CSS Nashville and run the blockade, but the main channel was guarded by five Union ships. An overland route through Mexico and departure from Matamoros was also considered, but was ruled out because the delay of several months was unacceptable. The men instead slipped out of Charleston aboard the cargo ship Theodora under the cover of darkness and arrived in Cardenas, Cuba on October 16. 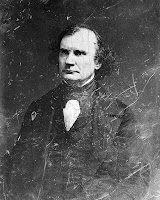 Meanwhile, Wilkes had taken the USS San Jacinto into Cardenas, where he learned from a newspaper article that Mason and Slidell were in port and were to leave Havana aboard the Trent on November 7.

The captain's orders were to join a naval force preparing for an assault on Port Royal, South Carolina, but he realized that the Trent would need to use the narrow Bahama Channel, the only deepwater route between Cuba and the shallow Grand Bahama Bank. After consulting his second in command, Lieutenant D.M. Fairfax, and reviewing law books, the impetuous Wilkes decided to intercept the Trent and seize Mason and Slidell as "contraband."

Ironically, Seward had been warned by Treasury officer George Harrington that Wilkes "will give us trouble. He has a superabundance of self-esteem and a deficiency of judgment. . . . he alone was right, everybody else was wrong." 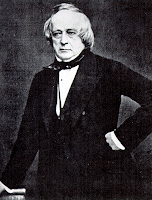 The Trent left as scheduled with Mason, Slidell, their secretaries, and Slidell’s wife and children aboard. Around noon on November 8, the San Jacinto spotted the Trent and two shots were fired across her bow. She was boarded and the diplomats and their secretaries taken into custody.

International law required that when contraband was discovered on a ship it should be taken to the nearest prize court for adjudication. While this was Wilkes' initial plan, Lieutenant Fairfax argued that the San Jacinto already was minimally staffed and could not spare crew to the Trent. Wilkes' ultimate responsibility was to his ship, so the Trent was allowed to proceed to Saint Thomas.

In Washington, the excitement generated by the seizure was soon replaced by doubts as the specter of a legal conflict with Britain arose, but despite strong protests from London and finally an ultimatum, the U.S. initially was reluctant to back down. 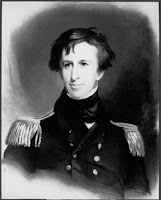 Lincoln was at first enthused about the capture, but as reality set in he stated:

I fear the traitors will prove to be white elephants. We must stick to American principles concerning the rights of neutrals. We fought Great Britain for insisting . . . on the right to do precisely what Captain Wilkes has done. If Great Britain shall now protest against the act, and demand their release, we must give them up, apologize for the act as a violation of our doctrines, and thus forever bind her over to keep the peace in relation to neutrals, and so acknowledge that she has been wrong for sixty years.

When the ultimatum was not immediately answered, military preparations were accelerated and British financial markets reacted as if war were a certainty.

When Lord Lyons presented the formal British demands for the

release of Mason and Slidell and for an apology from the U.S. on December 23, they were hardly a surprise. Informally the British minister also let Seward know that unless a satisfactory answer was received within seven days, he had instructions to close the embassy and leave Washington.

With that deadline in mind, Lincoln summoned a cabinet meeting on Christmas Day, to which Sumner was invited in order to read the most recent letters he had received from Bright and Cobden urging the release of the Confederate diplomats.

The president noted that he had to avoid the folly of having "two wars on his hands at a time," while Seward, who had finally awakened to the gravity of the crisis, read a paper he was preparing that would explain how Wilkes had violated international law and why Mason and Slidell must be released.

Lyons, and it was endorsed with some expressions of regret but without dissent. And so with that decision the grave threat that the American Civil War would become an international conflict was removed and a serious blow was dealt the Confederacy.

This was because the momentum for recognition by Britain and France that had grown during the summer and fall of 1861 was dissipated. The British concluded that the U.S. was prepared to defend itself when necessary, but had recognized its responsibility to comply with international law. Most importantly, the Confederacy's would-be European allies concluded that peace could be preserved as long as the they maintained strict neutrality in the Civil War.