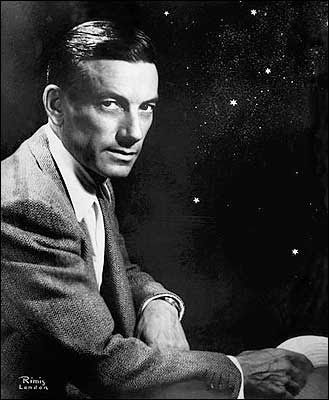 Is there a more beautiful song than Hoagie Carmichael's "Stardust"? For me there is not. The hauntingly beautiful melody is a special part of the soundtrack of my life, from my humming it as I tried to fall asleep as a child on a hot summer night through to my 30s when my appreciation for the Great American Songbook blossomed to the present when I marvel at how it just sounds -- and feels -- better and better as it weaves itself through my mind and memories.

Stardust" is one of the most recorded songs of all time. The melody (although not the lyrics) was written by Hoagland Howard "Hoagy" .

At first glance, it seems appropriate to say that Carmichael, who died at age 82 some 26 years ago today, was an unlikely virtuoso because most of his greatest work came not in a great artistic center like or but on the campus of in . But that denies a couple of things: This college town was a racial and cultural crossroads thanks to all of the touring musicians. And given that was self taught, he would have written great music anywhere.

As it is, is considered the most talented, sophisticated and deeply jazz-oriented of the many writers composing pop songs in the first half of the 20th century.

Born in , Carmichael attended and the Indiana University School of Law, where he received his bachelor's degree in 1925 and a law degree in 1926. He played the piano to help pay for his studies. After graduating in 1926, he moved to to join a law firm but returned to in 1927 to devote his energies to his true love -- music.

While still a student, he wrote the songs "Washboard Blues" and "Boneyard Shuffle" and made the acquaintance of Iowan and jazz cornet great Bix Beiderbecke, who recorded his "Riverboat Shuffle." composed much of "Stardust" on an old upright piano in the Book Nook store across the street from the Indiana University School of Law.

He soon wrote "Rockin' Chair," "Heart & Soul," "" and " on My Mind," all also great songs in their own right. He collaborated with Sidney Arodin on the standard "Up a Lazy River" and later with hugely popular composer-songwriter Johnny Mercer on "Lazybones," "Skylark" and "In the Cool, Cool, Cool of the Evening," which won the 1952 Oscar for Best Original Song.

Between 1944 and 1948, was the host of three popular musical variety radio programs.

He appeared as an actor in 14 movies, most notably the Humphrey Bogart-Lauren Bacall classic To Have and Have Not, Young Man with a Horn with Bacall and Kirk Douglas, and The Best Years of Our Lives with Myrna Loy and Frederic March.

Carmichael also appeared in television roles. He was a regular on (1959-63), co-starred in "The Helen Morgan Story" on Playhouse 90 (1957) and provided the voice for a stone-age parody of himself, "Stoney Carmichael," on an episode of The Flintstones.

Like many a songwriter, Carmichael eventually was pushed aside by the next big thing – rock 'n' roll.

What makes “Stardust” such a great song?

Put at its most basic, it is because the verse is both highly melodic and musically sophisticated.

There are over 1,800 recordings of "Stardust." ’s 1927 version was a peppy jazz number. It was an immediate hit after he reworked it in 1929 as a slow ballad, while Mitchell Parrish added the lyrics in 1931:

And now the purple dust of twilight time
Steals across the meadows of my heart
Now the little stars, the little stars pine
Always reminding me that we're apart
You wander down the lane and far away
Leaving me a love that cannot die
Love is now the stardust of yesterday
The music of the years gone by.

Sometimes I wonder why I spend
The lonely nights
Dreaming of a song
That melody haunts my reverie
And I am once again with you
When our love was new
And each kiss an inspiration
Ah, but that was long ago
Now my consolation
Is in the stardust of a song.

Beside a garden wall
Where stars are bright
You are in my arms
That nightingale tells its fairy tale
of paradise where roses grew
Though I dream in vain
In my heart it will remain
my stardust melody
The memory of love's refrain.

Ah, but that was long ago
Now my consolation
Is in the stardust of a song
Beside a garden wall
Where stars are bright
You are in my arms
That nightingale tells its fairy tale
of paradise where roses grew
Though I dream in vain
In my heart it will remain
my stardust melody
The memory of love's refrain.

For some years I couldn't listen to vocal versions of "Stardust," a reflection of my being far less musically mature and far more effite than I thought. While I still prefer "Stardust" straight up, there are innumerable lovely versions, including those sung by Billie Holiday, Frank Sinatra, Nat King Cole, Mel Tormé, Harry Connick Jr. and Barry Manilow.

My two favorite versions with lyrics were performed by singers who could not be more different -- Ella Fitzgerald and Willie Nelson. If that doesn't speak powerfully to the lasting beauty of "Stardust" and Hoagie Carmichael's greatness what does?

This is another in a series of appreciations of the people who have moved and inspired me over the years. It is based in part on the Wikipedia entry on Carmichael. Previous appreciations have included Duane Allman, John Coltrane, Aaron Copland, Jerry Garcia, Stéphane Grappelli, Bob Marley, Laura Nyro and Eleanor Roosevelt.

Indiana University is in Bloomington. Terre Haute is home to Indiana State University. Hoagie has been rolling over in his grave ever since, through the purple dust of twilight time!!!!