The Democrats: Profiles in Cowardice 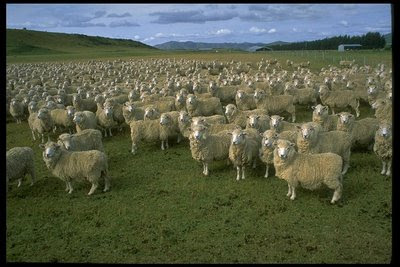 CAN YOU SPOT REED AND PELOSI?

The retreat of the Democratic congressional majority from trying to force the White House to delineate an war exit strategy, as well as agreeing to a timetable for wholesale troop withdrawals, is yet another shameful chapter in the Age of Bush.

Using the modest and temporary successes of the surge strategy as a fig leaf, the very Democratic leaders who insisted in the wake of the party's mid-term election victory that nothing less than bringing the troops home ASAP would do, have now set the bar so low that their new goal is to trying to get their Republican colleagues to agree to modest short-term troop withdrawals.

President Bush, a master of cooptation even without Uncle Karl at his side, kind of sort of proposed doing exactly that in a fly-by photo op at an air base in Anbar Province over the weekend.

The Democrats’ about-face primarily is a result of two things:

* A wholesale defection of Republicans from the president's side has not occurred and the Democrats are still short of the filibuster-proof 60 votes that they need in the Senate to pass legislation that would set deadlines, let alone the two-thirds majority in both chambers required to override a presidential veto. The forecast calls for rain – and Dems compromising their asses off.

* Ever and overly sensitive to being labeled as intransigent, the Democrats have abandoned the tactic of trying to block votes on alternatives to setting deadlines. Their second worst nightmare is being blamed by the GOP for forcing a bloody end to the war and the chaos that will ensue no matter when the leaves. Their worst nightmare, of course, is blowing the 2008 election.

This bring us to the part of the movie where your Civics class teacher, or whatever they're calling that subject these days, asks whether compromise is not better than defeat.

Under ordinary circumstances, I would vote for compromise.

But these are not ordinary times, and the Democratic capitulation to the White House over the last six-plus years, most recently on another dangerous expansion of Bush’s power to spy on Americans, is a grim reminder that the absence of a loyal opposition has pretty much allowed the president to run unchecked.

That is because in the end the Democrats are much more concerned about job security than national security.

Posted by Shaun Mullen at 6:59 AM
Email ThisBlogThis!Share to TwitterShare to FacebookShare to Pinterest

I agree Shaun that the Democrats are cowards. They are afraid of being lableled as not supporting the troops because the way to stop this mess is not tpo pass ther $50 Billion Bush wants to help fund the war. He can use money already approved to do that. But the spineless Democrats need to be taught a lesson. When the Party's base has moved very left on this issue and the leadership is trying to occupy the "middle ground" it is ttime to replace thoise Democrats and vote for more supportive of where We The People are on this major issue. Pelosi is my Congresswoman and I am hoping someone runs agaisnt her and wins next Fall.

Unfortunately, the person running against Pelosi, is Cindy Sheehan. Feinstein is the one I want to see go, but she will be safe and we'll probably lose Boxer to Schwarzenegger, and that scenario is even worse.

At this point I haven't a clue as to how to change the situation, it seems as if the citizens no longer matter and they aren't even trying to hide it.

I want my country back.

It is so sad- really pathetic.

I grew up, as many of you might have, in an environment where being in politics had some element of actual public service.

Which often meant delivering difficult bad news and it meant taking stands that your constituents might not like.

Part of the work was to gain understanding from your but to do what must be done for the good of the many.

Today- weak, selfish, pandering, cowardly actions that serve the good of the few. The very very few at that.

Can't help but think this is all a lot of flailing around. Recently, Colin Powell told NPR that the surge can't last past next summer. Patreaus has recently said that by next summer "we'll have to get a lot smaller." These two guys have affectively set a timetable, dictated by the diminishing resources of the U.S. Army. Again, redeployment by next August sounds like a given.

What's really happening in the media now is a contest over whether or not the Administration can, between now and next summer, spin this whole Iraq mess into a victory for the President and the Republicans in 2008.